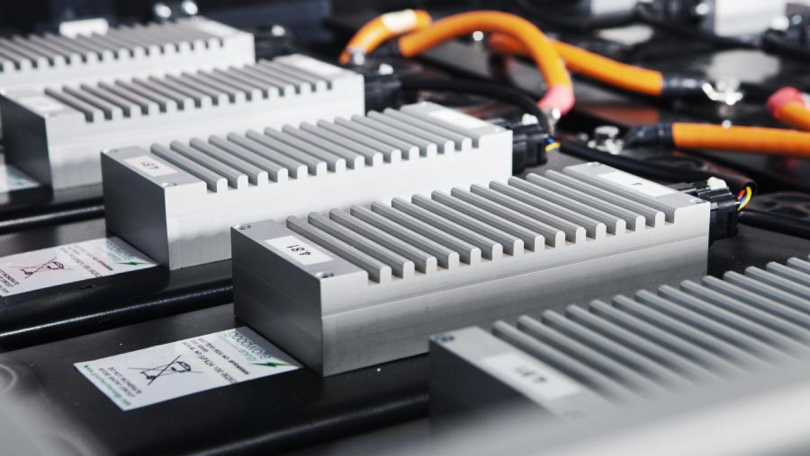 Rain had wetted much of the clay soil on the ground — rich terracotta earth colours — creating small and large puddles everywhere around a gigantic steel structure, densely embedded with millions of steel beams.

Yet it was another busy day for many of the 800 engineers and construction workers, who had turned up for work to “get moving” on schedule for the electric vehicle battery manufacturing plants, under construction in Glendale, about 84.5 kms south of Louisville in the US state of Kentucky.

The 6.28 million-square-meter construction site, unveiled to South Korean media on Jan. 8, is where South Korean battery producer SK On Co. and Ford Motor Co. are building what will be the biggest EV battery plants in the United States for such a facility built on a single site, reports Yonhap news agency.

“It’s a big programme, so we need to take advantage of any days that we can to accelerate the schedule,” George Eschker, a superintendent at Barton Malow Co., the lead contractor of the project, said.

“We have up to 160 people working here now in several teams today,” Eschker said.

The project is part of the $11.4 billion investment the two companies’ joint venture, BlueOval SK (BOSK), announced in September 2021, to build twin EV battery plants in Kentucky and a third one in Tennessee.

Once completed, the plants will have an annual run rate of 129 gigawatt hours (GWh) in production capacity, enough to power about 1.2 million units of the Lightning EV pickups.

Ford plans to manufacture half of its global vehicles fully electric by 2030.

SK On, the battery-making unit under SK Group, South Korea’s second-largest conglomerate, has its own ambitions to become the world’s top player over the next decade and hopes the joint U.S. plants will serve as a game changer.

The Kentucky plants plan to go into operation in the first quarter of 2025, and the third plant, to be built in Stanton, Tennessee, by 2026, following trial runs.