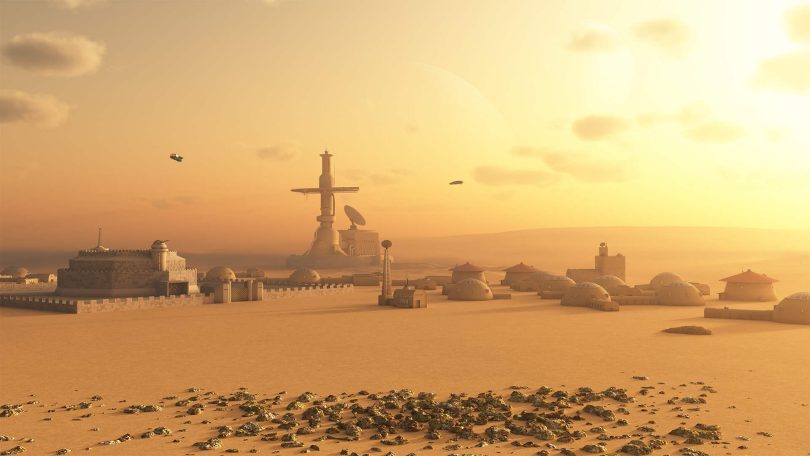 “It’s one of those scientific things where it’s part of a larger body of work that will continue in many labs. The key here is that the more people that look at this problem from different viewpoints, the better it is,'” Norman Wagner, Unidel Robert L. Pigford Chair of Chemical and Biomolecular Engineering at the University of Delaware, tells IE.

“And the challenges will not only bring new, talented people to the problem but also existing scientists and other engineers who are working in a related field to read about the research and say, ‘Oh, I can contribute to this,” he continues.

Wagner and his colleagues are also on the bandwagon, with a less peculiar and more feasible concept – using clay-like topsoil materials collected from the moon or Mars as the base for extraterrestrial cement.

The answer lay in a sustainable alternative to ordinary cement

Space exploration will require infrastructure such as buildings, housing, bases, and rocket landing pads that don’t yet exist.

For obvious reasons, including weight and space constraints, we can’t take “bags of concrete with us — we need to use local resources,” Wagner says.

Fortunately, Wagner and his colleagues were already working on a couple of solutions for use on our planet, which proved to be largely helpful in their quest to ‘make’ concrete in space.

It started with finding a substitute for ordinary Portland cement, which has a “host of problems”. “Firstly, it requires limestone, which isn’t easy to find. Secondly, and more importantly, converting the limestone into a clinker is used to make concrete, which requires high-temperature processing and oxidation. This releases carbon dioxide. Cement production causes about seven to eight percent of all the carbon dioxide produced by humanity. It’s a serious issue,” Wagner tells me.

As a sustainable alternative, Wagner considered the idea of geopolymers.

Geopolymers are inorganic polymers formed from aluminosilicate minerals found in common clays everywhere. When mixed with a solvent that has a high pH, such as sodium silicate, the clay can be dissolved, freeing the aluminum and silicon inside to react with other materials and form new solid ceramic-like materials that can be used like cement.

Simultaneously, Wagner was also working with NASA on a couple of projects associated with the lunar and Martian regolith. This refers to a region of loose, unconsolidated rock and dust that sits atop a layer of bedrock – it is found on the Earth, other planets, and asteroids.

“We were working with NASA on regolith from the standpoint of the contamination of the spacesuits, which is a major problem. The Apollo astronauts got a tremendous amount of serious technological and health issues associated with the dust due to the regolith adhering to their clothing. It’s very abrasive and is like volcanic ash,” he explains.

Eureka! Lunar and Martian soils can be converted into geopolymer cement

Amid all this, Maria Katzarova, a former associate scientist and member of Wagner’s lab at UD, wondered if it was possible to activate simulated moon and Martian soils to become concrete-like building materials using geopolymer chemistry. She proposed the idea to NASA and obtained funding via the Delaware Space Grant Consortium. The project included the help and expertise of then-UD doctoral student Jennifer Mills, who studied terrestrial geopolymers for her doctoral dissertation.

“The two of them partnered up and studied the different regolith that you find on the Moon and Mars. And they looked at the literature and realized that there hadn’t been a clear scientific sort of standardization of how we approached this problem,” says Wagner.

The researchers took a series of the most common materials that NASA has identified through the various missions to the moon. They compared them in a head-to-head manner that hadn’t been done before, “as to how we can activate them and how we can create high strength cement structure with the minimum amount of material required because obviously, we can’t take a lot with us when we go to the Moon and Mars,” says Wagner.

“We realized that the same chemistries we were using here on Earth to create essentially geopolymer cement are the same we need to do on the surface of the Moon and Mars when we go there to build landing pads and habitats,” says Wagner, whose team worked on the problem and recently converted simulated lunar and Martian soils into geopolymer cement.

The results were published recently in Advances in Space Research.

For their research, the scientists mixed various simulated soils with sodium silicate then cast the geopolymer mixture into ice-cube-like molds and waited for the reaction to occur. After seven days, they measured each cube’s size and weight, then crushed it to understand how the material behaves under load. They were intrigued to know if slight differences in chemistry between simulated soils affected the material’s strength, according to a press release.

The researchers also calculated how much terrestrial material astronauts would need to take with them to build a landing pad on the surface of the moon or Mars. Fortunately, the estimated amount is well within the payload range of a rocket, anywhere from hundreds to thousands of kilograms.

Most importantly, the samples had to be subjected to different environments, including vacuum and very low and high temperatures.

“Looking at temperature and water are very important aspects of the problem. It is important to understand whether there are significant unexpected problems, or sometimes benefits, of being in an environment that’s different than a controlled laboratory environment,” Wagner says.

Under vacuum, some of the material samples did form cement, while others were only partially successful. While the geopolymer materials didn’t react at all under low temperatures of about -80 degrees Celsius, at high temperatures, of about 600 degrees Celsius, the researchers found that every moon-like sample got stronger.

Based on their results, the researchers figured that chemical composition and particle size were likely to play an important role in material strength.

Machine learning and artificial intelligence to the rescue

But, due to the complex chemistry involved, the problem comes with a unique set of challenges every time.

“The molecular chemistry of these materials is so rich, and there are so many variations – a single method could produce two different samples, one of which will never lead to a viable engineering solution. And so we need to use tools like machine learning and artificial intelligence to accurately and rapidly process the materials. Unfortunately, where we are right now, the challenge is that we don’t have a Ph.D. understanding of the problem from a scientific perspective, and that’s what we’re working on,” says Wagner.

Wagner’s team currently has a partnership with Georgetown University and Northeastern University funded by the National Science Foundation (NSF), under the division of materials research, owing to their work on sustainable materials.

The advances in machine learning and artificial intelligence will aid the researchers in developing rules and engineering solutions to this problem as the science is too “big” and it isn’t technologically viable from an economic and techno-economic standpoint.

“If you go anywhere in the world and put a shovel in the ground and dig up clay, you will find different chemistry. The question is how much work do you need to do so that you don’t have to do a lot of work to successfully make the best geopolymer cement out of that local material? Also, when the astronauts go to the moon, they won’t have a gigantic laboratory or analytical tools to do experimental testing and determine the right way to make the best cement. So we need to have a better understanding of the variations and local chemistry of aluminum silicate materials, such that we can more effectively convert them into cement,” explains Wagner.

The researchers will continue to study how to process the materials, including the use of microwaves to enhance the formation of these materials, “which we’ve already proved. It’s interesting because it can aid in the ability to make materials, especially in places where you have extreme environments like on the Moon and Mars,” says Wagner.

They’re also broadening the understanding in terms of the complex chemistries involved.

“Our collaboration with the NSF is geared towards taking an unknown material and properly converting it to this geopolymer cement with high strength and durability in a sustainable manner, such that we can make a viable material, put it in a 3D printer, and print a house or something. It’s not a challenge that can be solved by the traditional methods that have been used in the past – we need new ways of thinking about the problem. And that’s what we’re trying to do,” Wagner continues.

The team hopes that NASA will be interested in the technology and will consider adapting some of it in their actual plans for the habitation of the Moon and Mars.