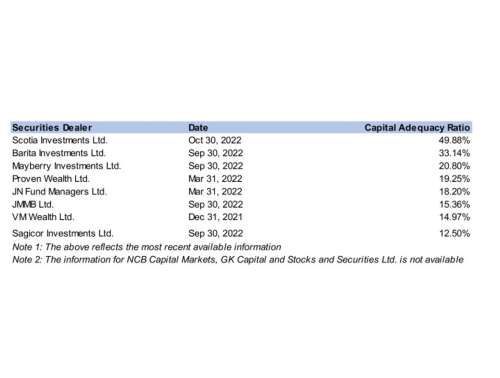 The prevalence of financial-related scandals in Jamaica have kindled an islandwide discussion about the reliability of the companies which operate in the local financial sector.

The recent scandal surrounding Stocks and Securities Limited (SSL) has placed the financial services industry under further local and international scrutiny. Internationally, investors question if their Foreign Direct Investments are safe here while locally people are asking themselves, “can we trust banks and bank-like institutions with our hard-earned money?” Certainly, if the money of Usain Bolt, an international icon, can be stolen by an institution, then is anyone’s money truly “safe”?

With this question in mind, it’s important to revisit an article I wrote a few months ago titled, “Stress and Strategy”. The article went into great detail about the fact that a severe decline in international bond prices resulted in several financial institutions facing significant market risks as highlighted below:

(1)Repricing risk: The cost of borrowing (interest rates) has increased significantly, particularly for short-term funding, while most assets over the last several years have been priced at fixed interest rates. As such, the net interest being earned by several financial institutions is contracting.

(2)Liquidity risk: The decline in the price of these Government bonds requires additional cash to buy more bonds to ensure the value of bonds used as collateral for borrowed funds remains at or above a minimum level. Essentially, financial institutions have to buy more bonds with the cash they have because they have to â€” not necessarily because they want to.

(4)Capital adequacy risk: The decline in the bond prices creates losses that reduce the capital of these companies.

With prices still in the doldrums, these risks remain very relevant and banks and securities dealers alike are under the microscope. Now, with the SSL scandal, the risk of fraud comes to the forefront, and it’s important to provide the Jamaican public with answers about safety. Specifically, many Jamaican are likely asking “which security dealers and banks are safe to invest my money with?”

The importance of capital

Firstly, it is critical for me to point out that whilst my earlier article would have pointed to the role of capital in providing a buffer to financial institutions against market risks, it also provides a last line of defence against the realisation of operational risks including fraud. It is also important to acknowledge that the nefarious actions of a few employees will be a concern in any industry, not just the banking and/or the securities dealer industries. Thirdly, companies must do their best to mitigate these risks through their internal controls and governance to include separation of duties, accounting reconciliations, and robust internal and external audit functions. Regulatory oversight is a critical second line of defence to help assure that first lines of defence mechanisms internal to the company are appropriate to ensure the safety and soundness of the institution. Notwithstanding the foregoing primary lines of defence, actors including employees who know and understand the systems can find exploitable gaps.

Therefore, there has to be an ultimate fail-safe measure in place to ensure that if all else fails, incidents of fraud in a financial institution do not result in wholesale financial losses to affected clients. In that regard, we can look at the capital adequacy ratio (capital to risk-weighted assets) of these institutions, which, unlike internal control systems and governance, is readily observable, objectively measured, and in many cases, openly reported consistent with regulatory requirements. This allows the average investor who does not have the means to gauge any particular institution’s first line of defence against fraudulent actions, to assess at a high level, an institution’s capacity to absorb shocks arising from both financial and operational risks.

To contextualise the relevance of the ratio, a quick online search of the ratio would show it is a superior measure used to compare a regulated financial institution’s store of capital to its risk-weighted (risk-adjusted) assets. The greater the capital relative to the institution’s risk-weighted assets, the greater the institution’s capacity to withstand significant shocks that negatively affect the return and/or price of the institution’s assets. The capital adequacy ratio, therefore, prices in the institution’s ability to withstand market related risks given the risk profile of its assets relative to capital and tells what level of buffer a company has in place in the event it becomes exposed to shocks and losses that are incremental to the market risks already recognised in the calculation of the ratio. These shocks or negative surprises include incidents of occupational fraud.

In determining the safest institutions, the below capital adequacy ratio table was ascertained for the various securities dealers:

The table indicates that the securities dealers with the highest capital adequacy ratios are Scotia Investments Ltd and Barita Investments Ltd. These entities have the benefit of a large stock of capital to protect against adverse impacts on their balance sheet and the capacity to withstand losses. Therefore, in the event of fraud, the affected individuals may have to ultimately rely on the financial strength of the institution to repay stolen funds. In that respect, without regard to the first lines of defence of the respective institutions, the best-positioned entities are those with the highest capital adequacy ratios.

With that in mind, ‘Note 2’ of the diagram above highlights three securities dealers whose ratios were not publicly available. There is currently no regulatory requirement for all securities dealers to make their capital adequacy ratios public which is perhaps an opportunity for further upgrading of the local regulatory strictures governing the industry. It is important to note that the absence of publicly available data for any one or more security dealers should not be construed as any negative indicator with respect to the safety of that institution. As such, companies with ratios just above the regulatory minimum should be scrutinised as any major shocks could push them below the regulatory requirement. The aggregate capital base of the securities dealing industry as at June 2022 is J$136 billion which indicates that there is significant loss absorbing capacity across the investment management industry as a whole.

With respect to the banking industry, the capital total assets ratios are presented below:

Among the companies in the above list, we note that Cornerstone Trust and Merchant Bank Ltd (CTMB) has, by far, the highest capital to total assets ratio. CTMB is a sister company of Barita Investments Limited which could suggest that the position of both entities within their respective industries is by design. It should be noted that though at a glance, it may appear that many institutions are not significantly above the regulatory minimum, the capital base of these institutions aggregate to more than J$238 billion as at September 2022, which is adequate to overwhelm almost any plausible incident or series of incidents of fraud.

In consideration of the above, as we invest funds in the future, it must be the case that our due diligence stretches beyond the interest rates, low fees, and seemingly pleasant service being offered by these companies. It must include a robust understanding of whether these companies, themselves, are well-positioned financially to manage significant risks. As a guide, the capital adequacy ratios of these companies is a relevant measure among others described herein, to determine the level of buffers in place to protect these entities and, in turn, protect client funds. 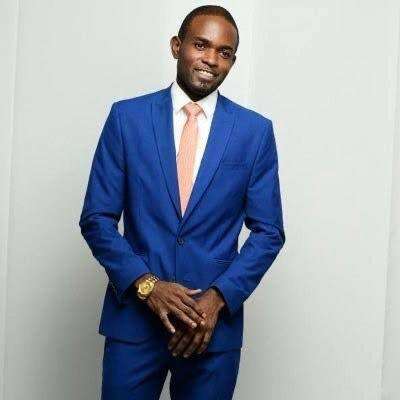