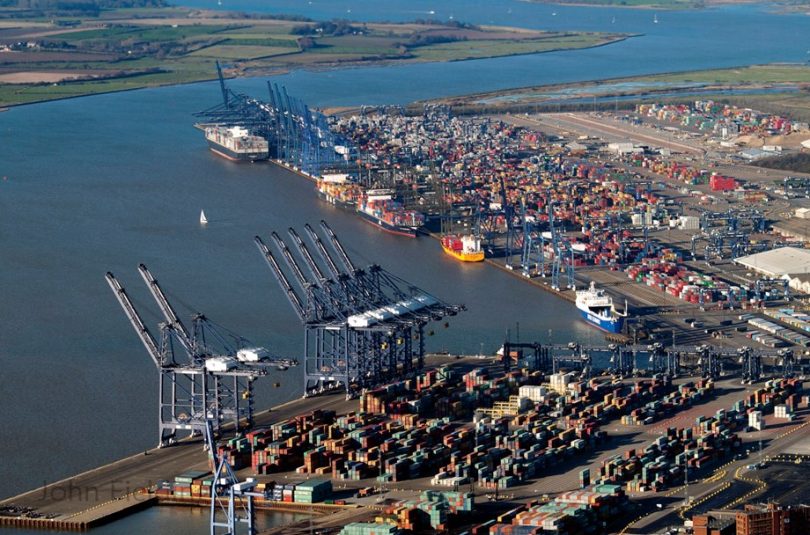 Workers at Britain’s biggest container port Felixstowe plan to stage a second eight-day strike over pay, a notice on the port operator’s website said on Tuesday, adding to a wave of industrial unrest caused by soaring inflation.

The port of Felixstowe in eastern England, operated by Hutchison Ports, said the Unite union had notified it of further strikes from Sept. 27 to Oct. 5. “The collective bargaining process has been exhausted and there is no prospect of agreement being reached with the union,” the port said.

The strike would follow a similar eight-day walkout at Felixstowe port last month, which clogged supply lines but fell short of causing widespread disruption in an industry already facing supply chain issues. Elsewhere in Britain, more than 560 dockworkers at the Port of Liverpool, one of the country’s largest container docks, are set to go on strike from Sept. 19 to Oct. 3 over pay, Unite said earlier this month.

About 48% of all containers brought into the UK are transported through the Felixstowe port, according to Unite, making it an important import hub for Britain. Another strike at Felixstowe would be the latest in a wave of industrial unrest across Britain this summer that has affected a range of industries, from aviation and transport to nurses and lawyers.

However, some unions in recent days have suspended plans for industrial action in light of Britain’s 10-day mourning period following the death of Queen Elizabeth last week. ($1 = 0.8543 pounds)