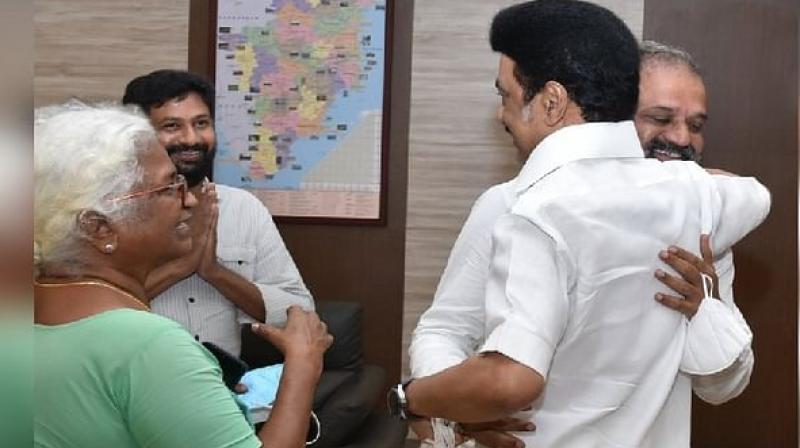 CHENNAI: Demanding the complete deletion of at least three chapters from the Union government’s revised draft Indian Ports Bill 2022, Chief Minister M K Stalin opposed the attempt to make the Maritime State Development Council (MSDC) a regulatory body for minor ports as it would amount to encroaching upon the powers of the states.

In a letter to the Prime Minister Narendra Modi on Thursday, Stalin sought his kind intervention to ensure the continued growth of non-major ports by increasing the ease of doing business with minimum government and maximum governance.

He said the MSDC was now an advisory body and converting it into a regulatory body with permanent staff would surely encroach upon the powers of States and might end up choking the future development of minor ports.

Stating that the long-term impact of the Bill’s intent was to centralize and regulate the sector which was currently being administered by State Governments, he said: ‘I am afraid that the revised draft Bill still largely continues to ignore international and domestic experience that ports are best managed by local and regional governments.’

The growth trajectory of India’s port sector clearly showed that the non-major ports managed by State governments had grown faster than the major ports under the Union government because the maritime States facilitated the growth of non-major ports through private investments and business-friendly policies, he said.

Many states, especially Gujarat, Tamil Nadu and Andhra Pradesh pioneered such facilitatory development of minor ports and had contributed to an increasing share of maritime cargo handling through state-specific initiatives, which would be stifled by the draft Bill, he said.

Imposing a centralised regulatory regime on non-major ports and the proposed composition of the MSDC with five Secretaries and one Joint Secretary to the Government of India, along with the Administrators of the coastal UTs, as members were two things that Stalin found objectionable.

Excluding the Secretaries in charge of ports in the maritime States/UTs was inappropriate and the MSDC, like the GST Council, must continue only as an advisory body comprising Ministers of the Union and States/UTs concerned as members with officers only as special invitees, he said.

Among the centralizing provisions in the draft Bill that the Chief Minister pointed out was Chapter V prescribing the constitution, functions and powers of the State Maritime Boards. ‘There are already State legislations governing them. As per the proposed bill, if any amendments are required to these Acts, they can be made by the State Legislatures based only on the recommendations of the Centre or  the MSDC. This would make the legislative process dysfunctional,’ he said.

Similarly, the appellate powers against orders of State Maritime Boards was now with the respective State Governments while the draft Bill would hand it over will go to the Appellate Tribunal, constituted by the Central Government for the major ports, which would affect the powers of the States to deal with disputes on their own, he said.

So, Stalin requested the deletion of Chapters II and III of the draft Bill relating to the MSDC to let the MSDC remain an apex advisory body and Chapter V relating to the State Maritime Boards.