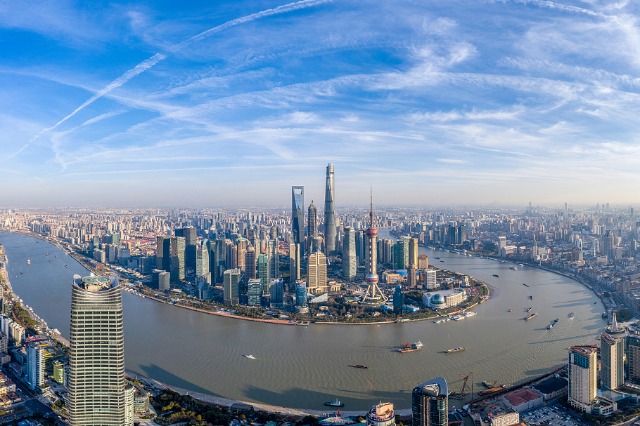 Despite that China”s benchmark Shanghai Composite Index of the Shanghai Stock Exchange fell more than 15 percent last year due to various market uncertainties, foreign financial institutions remain sanguine about their 2023 prospects in the Chinese capital market. Their confidence, market mavens said, stems from signs that China’s economy will stabilize even more going forward, on the back of continual optimization of the COVID-19 control measures.

Other factors brightening investor sentiment toward Chinese securities are GDP growth hopes, improved business confidence levels, and expectations that the unemployment rate, inflation and debt default risks will all remain manageable, while supportive policies will help the troubled property industry and other struggling sectors like travel, tourism, hospitality and catering to see a turnaround.

Goldman Sachs, for one, has gone ahead and told its clients they should consider increasing their exposure to Chinese stocks this year as they are expected to outshine those in the rest of the world.

Wendy Liu, JPMorgan’s chief China equity strategist, estimated that the A-share market’s average earnings per share will surge 14 percent this year, which will be on a par with the level seen in August 2022.

“Northbound capital” that overseas investors pump into A shares via the stock connect mechanism linking the Shanghai, Shenzhen and Hong Kong bourses will report a net inflow of $30 billion this year, up from $13 billion in 2022 but still behind the $63 billion seen in 2021, Goldman experts said.

They further said China’s unemployment rate will likely decline this year, while consumer confidence will recover as incomes improve. So, travel, restaurants, entertainment and airlines will likely see large room for recovery in profitability this year.

Kinger Lau, Goldman’s chief China equity strategist, said: “Chinese stocks listed in both the A-share market and overseas markets will improve their performance relative to their peers this year, given the relatively relaxed macroeconomic policies and rising GDP growth rate.”

Many more foreign institutional investors have a similar bullish stance on Chinese stocks. In a Dec 8 report, Morgan Stanley experts said the Chinese stock market will likely stand out among those of the emerging economies and even overtake those of the rest of the world this year. The swift actions that the Chinese government has taken to optimize the COVID-19 control measures will continue to boost the market sentiment, they said.

The positive forecast emerged less than a week after the New York-headquartered investment bank upgraded its China stocks outlook from equal-weight to overweight. The A-share market is at the beginning of a profit and valuation recovery that may last for many quarters to come, said Morgan Stanley analysts.

Such optimism started to brighten after the tone-setting Central Economic Work Conference in mid-December said China will implement the optimized COVID-19 control measures in a well-calibrated manner, to ensure pandemic control work is better reconciled with socioeconomic development. From Jan 8, China scrapped the quarantine requirement for international arrivals. It also downgraded the management of COVID-19 cases from Class A to Class B.

Luo Di, director of asset allocation for UBS Asset Management in China, said the Swiss financial services behemoth has taken note of a noticeable northbound capital inflow at the end of 2022 that showed a sharp slope, in terms of inflow speed.

The major markets in the world are all confronting their own problems at present, said Luo. The US stock market is still undergoing much volatility against the backdrop of unclear expectations of interest rate hikes. Europe is showing stabilizing signs, but is not firmly grounded. But the certainty of China’s policies is stronger than that of other markets, which is conducive to foreign capital inflows into the A-share market, he said.

China’s economic recovery, which will be further consolidated by relatively bigger fiscal expenditure and a stronger stimulus for property, consumption and investment, is likely to generate bigger active returns, which should not be overlooked by international investors, said Luo.

In a report released in late December, experts from Pictet Wealth Management, a Swiss firm, described their outlook for the global stock market performance as lukewarm. But China, they said, will show better performance than the rest of the world as it optimizes pandemic containment policies.

The country’s economic recovery, which will not be an easy process, is unquestionable. The lower prices of A shares indicate much investment value in the Chinese equities, they said.

Data from market tracker Wind Info showed the average price-to-earnings ratio of the CSI 300 index is 11.3 times, approaching the historic lows of 2016 and 2018.

The expected rebound in the Chinese market will likely exert a spillover effect on emerging markets, Pictet experts said, explaining their generally positive outlook for the stock markets in emerging economies this year.

The US stock market, which showed soaring valuations in 2021, did not sustain that bright streak in 2022. Its current valuations do not truly reflect US economic picture, said analysts from US-based Vanguard Investment Strategy Group. Against that backdrop, emerging economies, including China, will be important to international investors as they are keen to diversify their investment portfolios.

Agreed experts from Neuberger Berman. There will be a lot of glad tidings in the A-share market that investors can look forward to this year. For one, the average valuation of the A-share market is within a reasonable range after the adjustment the previous year. China’s economic recovery has much impetus, especially in the airline and tourism businesses, they said.

Macroeconomic indicators like the consumer price index and the producer price index are also at a reasonable level. Inflation this year will likely have only a limited impact on economic growth, while raw material prices are not expected to surge. Benefiting from rising demand and stable costs, midstream industries in China are likely to perform relatively better, NB analysts said.

As China is undergoing a transition from old to new economic drivers, investors should keep a close eye on technology growth enterprises, which are best represented by those listed on the STAR Market in Shanghai. New energy and high-end manufacturing industries may present the most opportunities for profitable investments. The Chinese internet industry may have bottomed out, as the Hang Seng Tech Index has rebounded more than 50 percent from the previous low of 2720.38 points touched in late October, NB said.

Hyomi Jie, a portfolio manager at Fidelity International, agreed the A-share market packs in a lot of appeal this year, in terms of diversifying risks. China’s supportive policies will also lead to healthier economic growth figures.

The property industry, which influences consumer confidence and behavior quite significantly in China, may surprise the market with upward momentum this year, if the Chinese government continues to ease certain rules and regulations, said Jie.

The property market will be further stabilized, pushing up home purchase demand nationwide, leading to a positive trickle-down effect at the consumption end. Meanwhile, the accelerated localization in the supply chain will facilitate the rise of Chinese domestic brands, the development of high-end manufacturing industry and growth in consumption-related services. Although the economic recovery may be bumpy, China’s efforts to move up the value chain have helped build its economic resilience. Structural growth opportunities are thus generated for investors, said Jie.