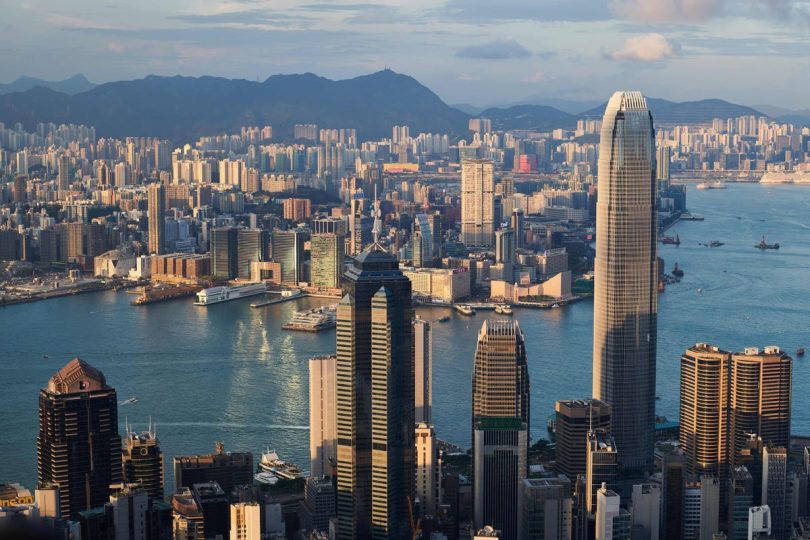 Across the Asia-Pacific region, digital banks have sprung up at a rapid rate in recent years. Regulators have ostensibly encouraged the establishment of online-only banks to spur greater competition in the banking sector, which in most markets is dominated by incumbent lenders afflicted with complacency of varying severity.

In theory, the digital banking boom should introduce a large crop of startups to the market that would offer customers a significantly improved user experience. Alas, it was not meant to be in APAC.

In almost every major Asian market, either Big Tech, incumbent banks, or giant conglomerates dominate digital banking. Startups, which have been so integral to online banking in North America and Europe – think Chime, Revolut, Monzo and N26 – are almost completely absent from the picture – with a few exceptions.

Regulatory conservatism, and indeed discomfort with the idea of handing unproven upstarts banking licenses, is a major reason for the lack of startups in Asian digital banking. The question is, can the risk-averse approach to digital banking still change the competitive landscape for the better? And the answer is, yes, sometimes.

It should come as no surprise that technology giants in digitally minded Asia want to try their hand at financial services. Ever since China’s Alibaba and Tencent created dueling fintech empires – which remain formidable despite Beijing’s regulatory crackdown – their counterparts in the region have been trying to duplicate their success.

The most successful so far is South Korea’s Kakao, which created one of the earliest profitable digital banks in the region, Kakao Bank, which serves as one digital financial services arm of the consumer technology juggernaut Kakao. At some point many years ago, Kakao was a startup, but those days are long past. It is now one of Korea’s largest tech firms.

Kakao Bank has been a smashing success in part because of its ability to exploit the weak digital offerings of Korea’s incumbent banks. Some incumbents are reportedly considering creating digital subsidiaries of their own to better compete with Kakao. Now that’s what we call innovation.

In Taiwan’s case, the ever-cautious Financial Supervisory Commission (FSC) has encouraged Big Tech and one state-owned telecoms giant to team up with incumbent financial services firms, which it trusts to handle banking in a responsible manner, but recognizes tend to fall short in the digital space. Thus, Taiwan’s Fubon Bank is allied with Line Bank; IBF International Holdings with Rakuten Bank and Chunghwa Telecom with Next Bank.

The most optimistic view of the Taiwan digibanking situation is that the newcomers raise the bar for the industry in terms of apps and online services, which are among the least competitive in East Asia at the moment. One mid-sized Taiwanese lender still requires users to reset passwords in person on a PC using the Internet Explorer browser, to give you an idea.

In Southeast Asia, the platform company triumvirate of Sea Group, Grab and GoTo has accrued between them at least six banking licenses across three countries; Sea has one each in Singapore, Malaysia and Indonesia; Grab has one in Singapore and Malaysia respectively and GoTo has one in its home market of Indonesia. The platform companies’ value propositions, center, in one form or another, on their respective digital services ecosystems. Whether you think they will be successful depends on how convinced you are that it is wise to bank with your ride-hailing/food-delivery app, or your e-commerce provider. To be fair to them, Indonesia is such a large market and has so much low-hanging fruit in financial services – 181 million unbanked people – that they probably have a bright future there.

Australia has been unique in the Asia-Pacific region for its greenlighting of genuine neobank startups, which came about partially due to the Royal Commission’s unflattering report on the country’s incumbent financial services firms. Regulators, for a brief shining moment or two, believed that allowing neobanks to compete directly with the country’s ever complacent big four incumbent banks would boost customer choice and pressure the big four to up their game.

In February 2019, Rod Sims, then chairman of the Australian Competition and Consumer Commission, told the Financial Times, “Market economies only work properly if you have competition and we have to make sure there is more in banking.”

“We have to fix the cozy oligopoly,” he said of the Big Four. “They have to feel under threat.”

In practice, neobanks have not exactly struck fear into the hearts of Westpac, NAB, ANZ and CBA. Of the cohort of four neobanks that launched in early 2020, just Judo remains. Xinja and Volt both collapsed after running out of cash, while 86 400 opted, probably wisely, to acquiesce to a buyout by National Australia Bank (NAB), and was folded into the incumbent lender’s own digital bank UBank.

The three defunct Aussie neobanks likely erred by trying to directly compete with big incumbent lenders for retail customers. Most retail customers do not casually switch their primary bank, and attracting them to even open a secondary account is expensive. The main way neobanks do that is with subsidies such as high-interest deposits.

Exceptions to the rule

Big Tech and incumbent lenders will continue to dominate digital banking in the APAC region due to the preference of regulators for ensuring that only established, well-capitalized companies delve into financial services. It is not a wrong approach, just a cautious one, and not necessarily optimal for customer choice.

However, there are a handful of exceptions. In Australia, Judo Bank is the only of the country’s original four neobanks still operational thanks to its focus on the underserved but profitable SME segment. Judo listed on the ASX in November 2021, raising AU$657 million at a valuation of AU$2.5 billion. In the 2022 financial year, Judo reported 73% growth in its lending portfolio, with gross loans and advancements totaling AU$6.1 billion. Though Judo is not yet profitable, its net loss after tax of AU$15.6 million in FY22 is low by neobank standards.

In the Philippines, Sequoia India-backed Tonik is a genuine pure-pay digital banking startup. It has cultivated something of a niche in the Philippines’ hinterlands, having begun as a licensed rural bank in early 2020 that went to receive a full digital banking license last year. Tonik said that it reached US$20 million in customer deposits in its first month of operation and US$100 million in the eighth, so it must be doing something right.

However, lenders like Judo Bank and Tonik will likely remain few and far between in the region. Thailand, one of the few major Asian economies to have not yet introduced digital banks, announced guidelines for digital banking in October that appear to favor established financial services firms. The Bank of Thailand said it would not allow financial institutions with commercial banking licenses to apply for virtual bank licenses. However, entities under a commercial bank group but which do not currently possess a banking license can apply for a digital one.

What that likely means is that some familiar incumbent names will appear among Thailand’s digital banking license applicants. In fact, both SCB X, Siam Commercial Bank’s holding company, and Kasikorn Bank, have already signaled their interest.

The more things change, the more they stay the same.