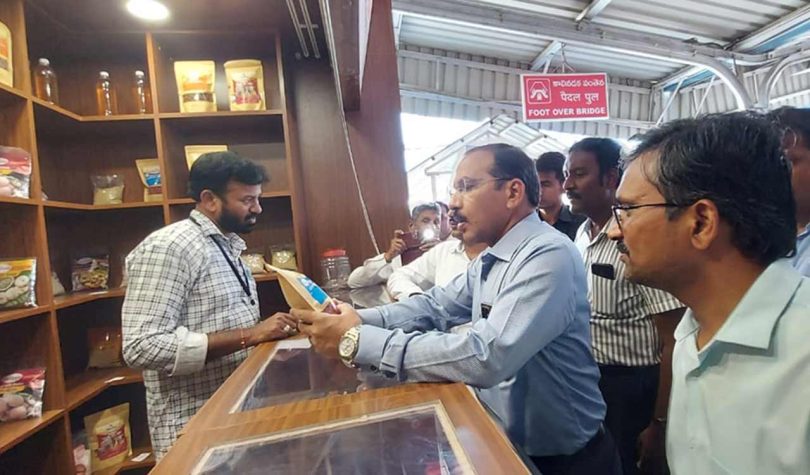 Steps were being developed to develop facilities for the convenience and safety of passengers in Kothagudem (Bhadrachalam road) railway station, a main station in SCR Division, he said. The Divisional Railway Manager (DRM) reached Kothagudem station in a special train on Thursday.

After inspecting Kothagudem station Gupta visited ‘Suguna Millets Zone’ set up at the station as part of the Indian Railways Scheme, ‘One Station-One Product. He enquired about snacks and related organic food products being sold at the stall and appreciated the organisers for running a snack shop at the station.

He appealed to the railway passengers to take advantage of organically grown crops and protect health. The stall managers G Suguna Rao and Sagar presented the DRM a plant and presented millet snacks to the visiting officials.

Later in the day Gupta inaugurated a running room at Manugur railway station and visited Seetha Ramachandra Swamy Devasthanam at Bhadrachalam in the district to offer special prayers.