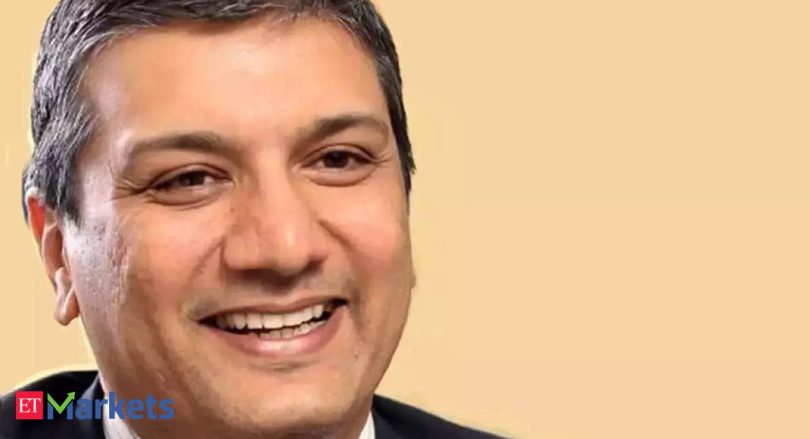 “Temporarily, some of the corporates which used to borrow in the bond markets, are now actually finding it cheaper to borrow from the banking system because thanks to bond repricing, bond market interest rates have gone up much faster compared to the banks which are linked to the repo rate and the MCLR,” says Mihir Vora, Senior Director & CIO, Max Life Insurance.

Banks are growing. What does that mean in terms of a sectoral performance? Banks are growing because they are lending money and if they are lending money who is borrowing money?
There are a couple of reasons we are seeing credit pick up in the last few months. One is of course it is the traditional busy season. We have just had the Diwali sales and among consumer durables – high end washing machines,

, mobile phones have sold well. The services sector is also doing very well – shopping malls, multiplexes, hotels. So, there is a bit of pent up demand and a festive season impact at this point in time and urban consumption is at least pretty robust.

I am not too sure of rural demand at this point in time. Second, we have had inflation at double digits in a lot of commodities and so inherently, the working capital requirements will go up. The inventory that you hold, the finished goods, the raw material – all are 10% to 20% more in value because of inflation and commodities that we saw in the last couple of years.

So, there is a volume pick up and there is a value pick up in credit because of the higher need of working capital due to inflation. It is a combination of all these plus we are seeing that at least the government spending part is also helping the rural segment to the extent possible. That is the reason why we see robustness not only in the retail credit which we have seen for quite some time but now even the MSMEs are coming back.

Yes there has been a catch up trade and probably it will last for sometime but structurally, I do not think the overall thesis of private sectors managing their balance sheets better, managing the risks granularity better etc. and superior growth rates over the longer term has changed. So in PSU banks, except for the top couple of banks, I would still stick to the larger ones.

I am not really carried away by the overall thesis that there is some dramatic change in the way the banks have run up. I do not think so. Second, refers to the previous point about credit growth. There is also a little bit of an angle of the bond markets. The bond markets have reacted much faster and AAA, AA plus bond yields have moved up significantly along with the Gsec yields. So what has also temporarily happened is that some of the corporates which used to borrow in the bond markets, are now actually finding it cheaper to borrow from the banking system because thanks to bond repricing, bond market interest rates have gone up much faster compared to the banks which are linked to the repo rate and the MCLR.

So that repricing is likely to happen in the next couple of quarters. Once we see the bond markets again at parity with bank lending rates, we will probably see the credit growth rates coming back to normal level. That is the one bit of technicality in the last few months we have seen.

We are almost at an all time high on the Nifty. Is the risk reward ratio not in favour of medium to long term investors?
I would not make a sweeping statement. For example, we were talking about banking so while the Nifty Bank Index is at near all-time high, valuations are still below pre-pandemic levels. In the banking index, there are pockets of value where one can still find stocks to pick and choose from and of course new themes have emerged in the last couple of years. We do not know how fast and sustainable these themes are but there are a couple of themes like defence, chemical space etc. where we see some structural growth stories for the next few years.

So yes, overall I would say market’s a bit expensive but there are still pockets to pick and choose from.

There was a standout reaction for Divi’s Laboratories. They are talking about how as of now they are seeing commercial volumes picking up but they are very cautious about inbound and outbound logistics and geopolitical tensions as well as acknowledging the inflation scenario. What is your view when it comes to the entire pharma space and in particular Divi’s?
I would not comment on specific stocks but pharmaceuticals is a space where we believe the worst is over as far as the business conditions are concerned and the regulator issues that a lot of companies had faced for almost four, five years. Now we are beginning to see the FDA also becoming active and we are beginning to see more inspections happening. We might see some more warning letters etc but it also means that past issues should be cleared.

This is one sector which like IT had underperformed for quite some time but organic growth has come. So I am actually now positive on the pharmaceutical sector overall.

Do you own anything in the consumer tech space, fintech space or you have given it a complete skip?
So far very negligible; almost given it a skip. We used to own some of the stocks but we got out. A lot of supply is likely to come because a lot of the lock-ins of the IPOs that happened last year are opening up in November and December. So, that will be an interesting space to watch. We have seen stock prices correct significantly 50-60-70% in a lot of cases and so maybe, there is some value emerging at some point in time now.