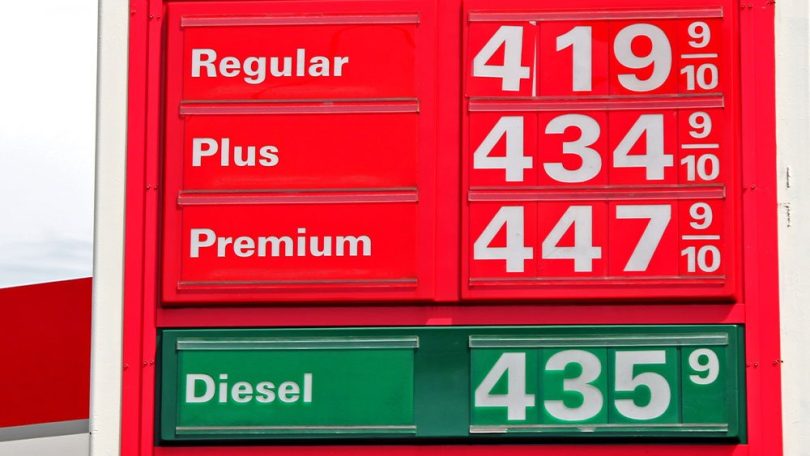 Volume fell on the Nasdaq and rose on the NYSE vs. the same time on Wednesday, according to early data. The small-cap Russell 2000 index closed 0.1% lower.

Initial jobless claims rose to 260,000, up 6,000 from last week. The increase was in line with analysts’ expectations.

“A recession isn’t guaranteed at this point but it’s looking more likely than not,” said Bill Adams, chief economist for Comerica Bank. “There are just too many headwinds to the U.S. economy. While gas and diesel prices are down from their June peaks, they are still way up from a year ago, a huge blow to consumer confidence and spending power that is weighing on spending. This is hitting especially hard the formerly-essential retailers who saw demand boom in 2020 and 2021.”

The 10-year U.S. Treasury yield continued to slide on Thursday, falling eight basis points to 2.66%. Crude oil sold off for the second day, hitting $88.33 per barrel. Oil prices are now trading lower than the period just before Russia attacked Ukraine in February.

The average price of gasoline fell to $4.139 per gallon, according to AAA.

ACLS stock is approaching an 83.83 buy point while forming a cup base, according to IBD MarketSmith charts.

Looking ahead, the July nonfarm payrolls report will be released at 8:30 am on Friday.

FactSet estimates that 250,000 jobs were created during the month, down from 372,000 in June. The unemployment rate is forecast to remain steady at 3.6% while hourly earnings rise 0.3% month-over-month.

NFE shares fell 1.1% while LNG closed 0.8% lower. New Fortress is building a cup base with a buy point of 52.47. The stock has a rising relative strength line and support from its 50-day moving average.

E-commerce giant Alibaba (BABA) rose 1.8% after beating estimates as the company recovered from China lockdowns. Earnings of $1.75 per share on $30.7 billion in revenue came in above expectations.

The Innovator IBD 50 ETF (FFTY) gained 0.3%, with help from Axcelis and Green Brick.

Time To Tweak Your Investments To An Inflationary Environment?

Get Full Access To IBD Stock Lists And Ratings

Is XOM A Buy Now After Q2 Earnings?