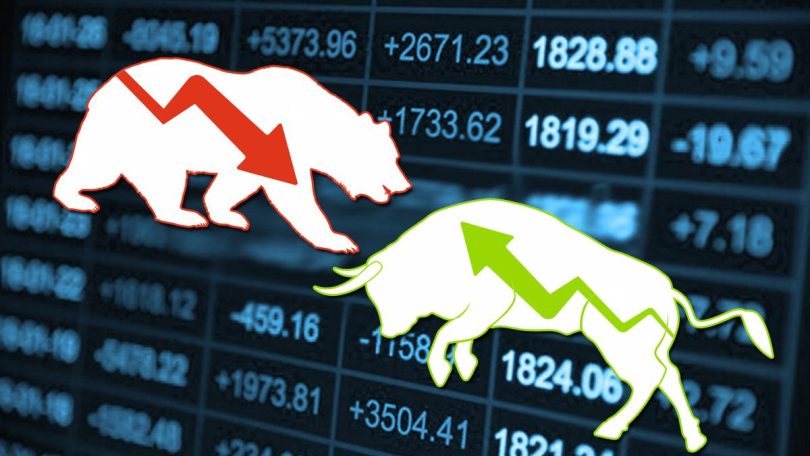 Axis Bank: The Specified Undertaking of the Unit Trust of India (SUUTI), under the union government, plans to sell 4.65 crore shares representing 1.55 per cent stake in Axis Bank, as per a regulatory filing. With the sale, the government would completely exit the private sector lender.

Tata Motors: The auto major reported narrowing of its consolidated net loss to Rs 945 crore for the second quarter ended September, as sales picked up in marquee brand Jaguar Land Rover and across domestic as well as commercial vehicle segments. It had reported a net loss of Rs 4,442 crore in the July-September period of the last fiscal.

Hindustan Unilever, GSK: The FMCG major and healthcare firm mutually decided to terminate their agreement for selling of Over-the-Counter (OTC) and oral care products. The agreement was for brands such as Crocin, Eno, Iodex, Ostocalcium, Otrivin, and Sensodyne, which were owned by GSK.

Adani Ports and Special Economic Zone: The Adani Group firm said that it has bought a 49.38 per cent stake in Indian Oil tanking Ltd – developer and operator of liquid storage facilities – for Rs 1,050 crore.

FSN E-commerce Ventures: Citigroup has launched a deal to offload shares in cosmetics-to-fashion retailer Nykaa, worth Rs 250 crore, via a block deal The block deal involves “individual employee seller”. The deal offers a discount of up to two percent on the current market price.

Lupin: The drug maker’s consolidated net profit stood at Rs 130 crore in Q2 against a net loss of Rs 2,098 crore in the July-September period of the previous fiscal.

Tata Power Company: The Tata Group arm said its subsidiary Tata Power Renewable Energy has received the ‘Letter of Award’ from the Maharashtra State Electricity Distribution Corporation (MSEDCL) to start a 150MW solar project in Solapur, Maharashtra. The project will be commissioned within 18 months from the PPA execution date.

Pidilite Industries: The manufacturer of adhesives, sealants and construction chemicals reported a fall of 10.06 per cent in consolidated net profit at Rs 337.75 crore in Q2 on account of raw material inflation and high-priced inventory. It had clocked a profit of Rs 375.53 crore in the July-September quarter a year ago.

Narayana Hrudayalaya: The healthcare player logged a 71 per cent rise in consolidated profit after tax at Rs 169 crore for the second quarter ended September 2022, riding on the back of robust performance across units. It had posted a profit after tax (PAT) of Rs 99 crore in the July-September period of the previous fiscal.

Dhanlaxmi Bank: The lender logged a multi-fold rise in net profit to Rs 15.89 crore for the September quarter on lower provisions for bad loans. The bank had reported a net profit of Rs 3.66 crore in the year-ago period.

Also Read: Kaynes Technology IPO: Should you subscribe to the issue?