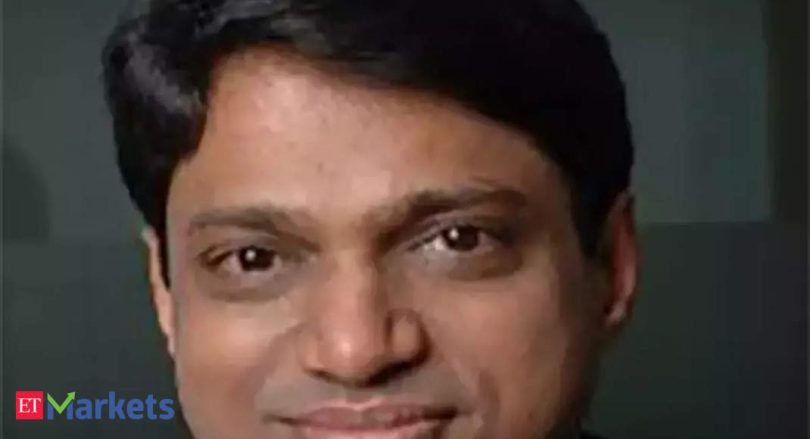 ” offers upside opportunity in the medium term though in the short term, because of the 20% rise, it may not offer that much of an immediate rise opportunity,” says Kunj Bansal, Founder, Investment-illiteracy.com

Where do you stand when it comes to the banking space because it has been very steady across-the-board move, a nice moving tide with largecaps and small caps going up. What is the sense that you are getting? Where do we go from here?
When it comes to banking sector, leaving aside the last almost two months of market rise since the June lows, the market had been correcting but before that, when the market had not been correcting, we saw a significant underperformance from the whole BFSI space and multiple reasons for that.

One of the main reasons was that because of Covid, their NPA ratios had gone up a little bit as expected and even growth rates had taken a knock. Bank managements themselves had gone a little bit cautious in terms of advances, growth and things like that. Add to that the fact that FIIs were continuous sellers and the banking sector was highly over-owned sectors by the FIIs. So, naturally when they started to sell, they would have sold in the sector that they owned most and it was the banking sector.

In the last three months, we have seen the banking sector performing and coming back into the limelight. I think we still have a long way to go. The banking sector will continue to outperform, especially if the global money keeps coming in. They will again look for the same quality stocks which they held earlier and sold; which they will buy or even if they did not hold them earlier they will be looking to buy only the quality stocks.

In this whole process, what happens is that valuations become expensive but that has been the story of India for the last 10 years. Growth and quality has continued to be rewarded and bought in a rising market, in a market with positive sentiments without consideration to valuations and that is what it will remain. So the outperformance is likely to continue and on an overall basis, I am still positive on the banking sector.

The one space which has been grabbing the limelight this entire week has been the cement pack. We have seen an up move of 20% on this week. Even if you pick up the likes of or the broader market names like , etc, they have all been in quite a bit of tear. Dyou think this trend will continue?
What happens in a market like the one we have for the last two months is, while earlier, it has been going up one way, in the last 15-20 odd days, it is looking like it will correct. But we know it has not been correcting; maybe it has become range bound and the money inflow has been continuing. Fresh money from the global investors and domestic investors continue.
New money keeps looking for the stocks or sectors which have on a relative basis have under participated or underperformed and that is where the cement sector fitted in. We saw that there was no participation by the sector. In fact, if at all, the share prices were going down.

So, suddenly the incremental money found it very attractive because the profitability has not gone anywhere. In the last two quarters, because of the raw material prices or energy prices going up, there was an impact in the margins of cement companies and there was very low growth, but in line with the expected economic growth and seasonality that the industry has in terms of monsoon which affects its June quarter numbers and a little bit of September quarter numbers.

The performance was on expected lines. So profitability is there but reduced. So the incremental money saw the opportunity and suddenly lapped up the sector. Of course, there were talks of price hike also and some expectation of a further energy price correction.

I think this was a one-time under participation and the whole sector has corrected in two days. Within that, stocks have been moving in the range of 10% to 20%. But going forward, I think the sector will continue to remain a market performer. Even if it does not outperform, we will continue to see buying coming in on and off, whenever we have demand coming in for the sector and stocks.

The September quarter could still be subdued in terms of top line growth as well as margins but December could be good given the way festival demand has been in other sectors. Sooner or later, that will percolate into increased construction activities, increased rebuilding and increased demand for cement and at the same time, one hopes that the raw material pricing scenario will improve and margins stabilise and hopefully improve.

What is the outlook on ? With railway land license fee formalisation coming about, brokerages are hailing this as quite a positive move. How would you look at this development?
I do not know. Frankly, I find it very difficult to understand such companies and associated with such policies whose impact at least I am not able to fathom. I would not say that it is negative but at the same time, I do not find myself capable of understanding so many variables.

Also, the market offers a lot of other opportunities. Though certainty is not there but at least a reasonable risk reward prediction is there along with a reasonable expectation of growth and valuation comfort.

So I would still like to wait and watch, see the detailed impact of this policy, see the fact that the stock has been a candidate for privatisation and talk around that for quite some time.

Also, the stock has continued to remain an underperformer, if I look at a reasonably long period despite the fact that the PSU space in general has performed in the last one and a half years. Given all these things,

remains a non attention stock for me.

Which are the fresh sectors or fresh stocks that have come on your radar this week or the last couple of weeks? We have seen a rally in the midcap and smallcap index and smaller sectors like textile, paper, sugar have been buzzing.
Finally in the last two days, IT sector has come back in the limelight attracting some buying after having remained under pressure for quite long in the expectation that the growth rates would not be as high as they were in the last three, four quarters. The margin pressures were visible even in the last quarter. But the sector has come back with the money coming in.

Cement is another sector, which has been an underperformer that has come back into the buying list of investors. In terms of specific stocks, IDFC First Bank, partly in line with the market, partly because of the good numbers declared by the company, has moved up sharply – 20% plus in the last one month.

IDFC First Bank reported good financials in June quarter and the management guided that in the next two, three quarters the improvement will continue to be there. It also reported that the NPA issue has been largely taken care of. Despite the 15-20% rise, there is still a large valuation gap compared to largecap banks. Of course, it is not a large cap and one cannot exactly put it in that league, but still it offers upside opportunity, at least in the medium term though in the short term, because of the 20% rise, it may not offer that much of an immediate rise opportunity.


(Disclaimer: Recommendations, suggestions, views and opinions given by the experts are their own. These do not represent the views of Economic Times)