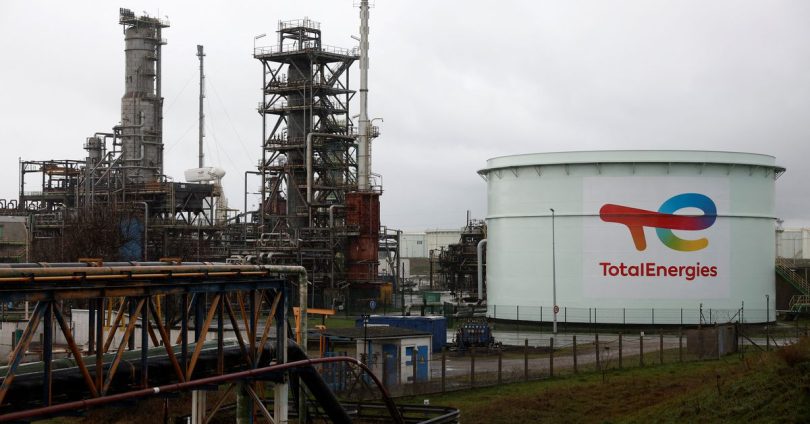 PARIS, Jan 19 (Reuters) – A nationwide strike against pension reform in France led to a substantial fall in electricity output and halted deliveries from refineries operated by TotalEnergies on Thursday.

“Nuclear stations are … likely to ramp up to ensure grid stability during the day. This is how strikes work in France : strikers are not allowed to put security of supply at risk,” analyst Emeric de Vigan said.

The hardleft CGT union expects that at least 70% of its refinery sector employees at TotalEnergies’ four refining sites will join the strike action, a CGT representative said.

There would be no disruption to fuel supplies at service stations if the unions maintained their strike timetable, TotalEnergies has said. The CGT refineries federation has called for a single day of strike this week and further walkouts next week and the week after.

CGT union boss Philippe Martinez said Thursday marked just the first day of strikes and that there would be more.

Trade unions are up in arms against the government’s plan to make people work longer before they can retire. They have called on workers across the public and private sector to walk out on their jobs and take to the streets.

The government has said it will stand its ground and called on workers not to paralyse the country.