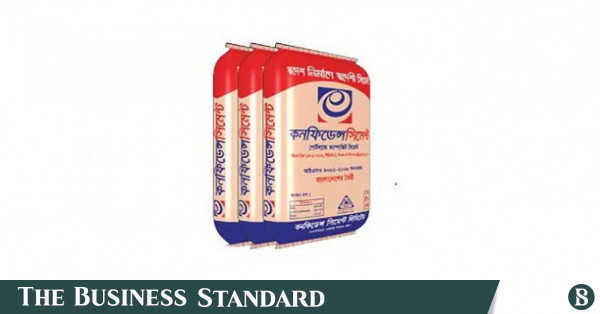 Despite a 15.67% growth in its consolidated revenue, Confidence Cement Limited – a concern of the Chattagram-based Confidence Group – suffered a 27% profit drop in the July to September quarter.

The company attributed the profit decline to the soaring prices of raw materials in the international market and losses brought on by fluctuations in foreign currency rates.

In addition, the cement manufacturer has failed to meet its sales target.

The consolidated earnings per share (EPS) stood at Tk1.68, which was Tk2.31 in the same quarter of the previous fiscal year.

According to its unaudited financials for the July-September quarter, its consolidated revenue increased to Tk90.03 crore from Tk77.83 crore a year ago.

Established in 1991, Confidence Cement Limited went into commercial operation in 1994.

At present, the company has an annual production capacity of 12 lakh tonnes.

It was listed on both stock exchanges in 1995 and paid a handsome dividend to its shareholders every fiscal year from its investment income.

In fiscal 2021-22, the company witnessed a drastic fall in profit owing to a drop in sales, devaluation of the taka against the dollar, a rise in raw material prices, as well as losses incurred by its associate companies namely Confidence Batteries Limited.

As profit declined, the company recommended a 5% cash, and 5% stock dividend for its shareholders.

Earlier in FY21, it had paid a 25% cash dividend to its shareholders.

Now, its shares are stuck at the floor price of Tk93.50 each on the Dhaka Stock Exchange.

Its share price fell from Tk109.3 each since September.