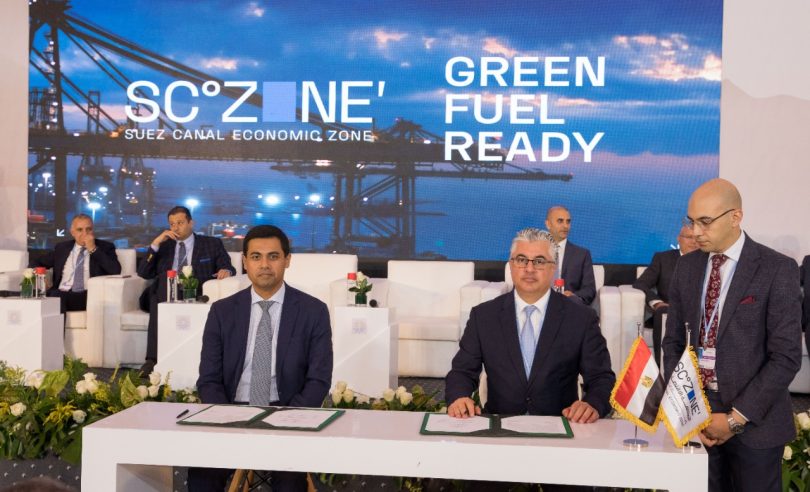 Waleid Gamal El-Dein – Chairman of the General Authority for SCZONE, and Steven Yoogalingam – CEO and Managing Director of SCCT signed the contract on 15 November during on the side line of the UN climate summit (COP27).

Under the contract, SCCT will be responsible for “financing, design, construction, management, and operation” of the new terminal.

This project aligns with SCZONE’s plan to develop its affiliated ports to serve the global trade movement and play a key role in the transportation of green fuel.

The terminal is currently operating with a berth length of 2,400 metres and a handling yard of 1.2 million square metres, with an annual throughput of 4 million TEU.

The project aims to expand the existing SCCT’s Container Terminal at East Said Port to a length of 955 metres and a handling yard of 510,000 square metres, for an additional annual capacity of 2 million TEU.

“This project comes within the framework of SCZONE’s consistent eagerness with Egypt’s economic strategy, which aims to develop the Egyptian ports to maximise their role in the global maritime trade movement and to exploit the various investments to create job opportunities,” said Waleid Gamal El-Dei.

“This is exactly what the project offers, as it aims to expand the existing container terminal in Port Said East Port with cumulative investments estimated at $500 million, providing 1,000 direct and indirect job opportunities, especially for the residents of Port Said and North Sinai cities.”

The meeting discussed the framework of the companies’ feasibility studies in preparation for pilot phases of the projects.