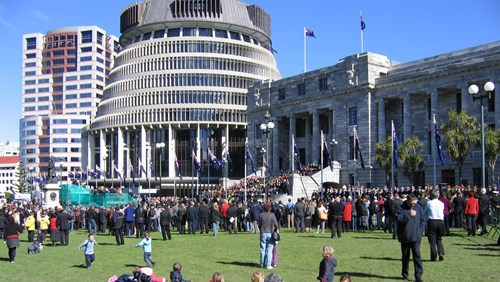 The Government has announced further support to Vanuatu to assist in constructing climate-resilient wharves as part of the Vanuatu Inter-Island Shipping Support Project (VISSP).

“Aotearoa New Zealand is committed to supporting the economic recovery of our Pacific region in a way that continues to provide growth and supports climate resilience,” Nanaia Mahuta said.

“New Zealand is a country in and of the Pacific. What is good for the Pacific is good for us because we know the economic and climate impacts that affect our Pacific neighbourhood, also have a direct impact on us here at home.

“Helping establish reliable and regular shipping services is vital to the economic prosperity, livelihoods and wellbeing of the people of Vanuatu.

“This work will improve inter-island connectivity, support greater access to health services, educational opportunities and markets for ni-Vanuatu living in rural and remote parts of the country.

“We are contributing a further $10 million to help Vanuatu complete construction of climate resilient wharves.

“Alongside the Government of Vanuatu and the Asian Development Bank (ADB), New Zealand has been a co-financer of VISSP since 2012 and are proud to continue to do so with today’s announcement.

“With New Zealand’s support, a redesign for the South Paray Wharf in Port Vila has also been completed and work on South Paray and two other wharves is now progressing,” Aupito William Sio said.

/Public Release. This material from the originating organization/author(s) may be of a point-in-time nature, edited for clarity, style and length. The views and opinions expressed are those of the author(s).View in full here.