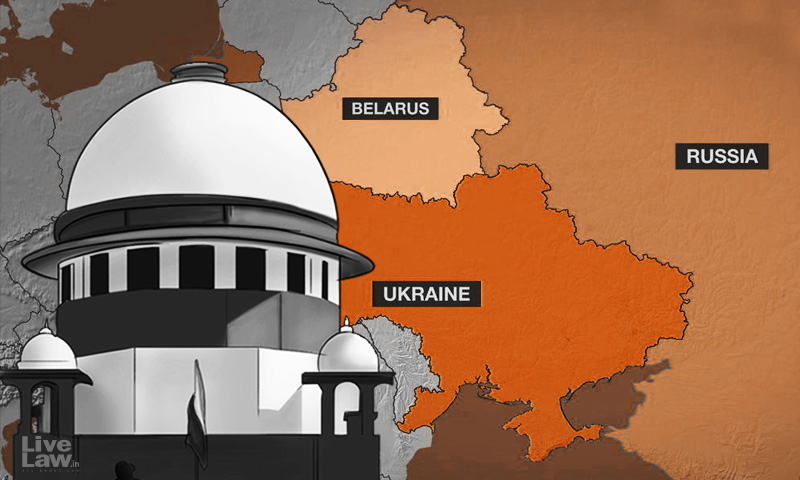 The Supreme Court, on Friday, issued notice in pleas seeking directions to concerned authorities to frame and implement guidelines for assimilation of undergraduate medical students evacuated from Ukraine in Indian medical colleges in exercise of powers under the National Medical Commission Act, 2019.

Advocate, Mr. Rahul Shyam Bhandari, appearing on behalf of the petitioners, apprised a Bench comprising Justices Hemant Gupta and Sudhanshu Dhulia that the other batch of petition with similar issues are coming up before it for hearing on 15th September, 2022. In view of the same, while issuing notice to the Union Government, Ministry of Health and Family Welfare and National Medical Commission in the present batch of petitions, the Bench made it returnable on 15th September, 2022.

The present petition submits that the students who had to evacuate Ukraine in order to escape an ongoing war had to also give up their education. Arguing that delay in taking action would further jeopardize the career of these students, the petition seeks urgent directions to frame guidelines to accommodate them in Indian medical colleges. In this regard, the petition seeks the indulgence of the Apex Court to uphold their fundamental rights under Articles 14, 19(1)(g) and 21 of the Constitution of India.

It is made clear in the petition that prior to approaching the Apex Court, the petitioners had made representations to the concerned authorities. However, no action was taken by them. Thus, 200 students belonging to different socio-economic backgrounds, whose undergraduate education have been affected as a result of the Ukraine-Russia war have been constrained to approach the Apex Court.

The petition submits that engineering students who had been evacuated from Ukraine under similar circumstances have been given admission in the Indian Engineering Colleges pursuant to All India Council for Technical Education‘s circular dated 07.04.2022. All the Technical Universities and approved institutions have been directed to consider their application. Arguing that in order to uphold principles of equality, the medical students should also have been extended such opportunities.

It is highlighted in the petition that the Parliament has on several occasions referred to the plight of the medical students evacuated from Ukraine, which indicates the serious nature of the issue. The petition suggests that if legislation is brought about in order to save the career of these students who are at the nascent stage of their education, it would restore their faith in the legislative process.

The petition emphasises that some Ukrainian universities are taking coercive steps against the students asking them to return to college amidst the war; pay full tuition fees for the next year of studies etc. Moreover, as per the petition, countries including Russia and Georgia have represented before the Ministry of External Affairs and the National Medical Commission that the affected students can continue their courses at the medical universities in these countries. However, the petition states that given the Ukraine-Russia war that had commenced in Feb, 2022 and still persists, it would not be reasonable for students to take advantage of this offer at the cost of their lives.

Referring to the order in National Medical Commission v. Pooja Thandu Naresh, the petition argues that the Apex Court had already passed certain directions concerning post graduate medical students evacuated from Ukraine. It seeks the benefit of the same to enure to the present petitioners. The relevant direction is as under –