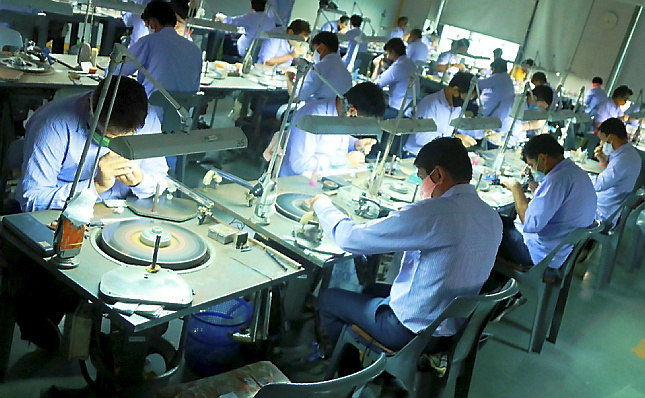 (IDEX Online) – Lab growns now account for around a fifth of the diamonds used by manufacturers in India, according to reports.

The switch from mined gems has been prompted by ongoing sanctions against Alrosa, together with demand form the US for cheaper goods, amid spiraling inflation.  Lab growns are 40 per cent cheaper.

Among the beneficiaries are lab grown manufacturers in India, which accounts for 15 per cent of global output.

In addition, an estimated 250,000 employees who were laid off for a couple of weeks last month have been able to return to work.

Ramesh Zilariya, president of the Diamond Workers’ Union in Gujarat, told the news website ET Now Digital: “Some of the units that are into natural diamond cutting and polishing have converted 20-30 per cent of their production into lab-grown diamonds. This is generating jobs for the diamond workers in Surat.”