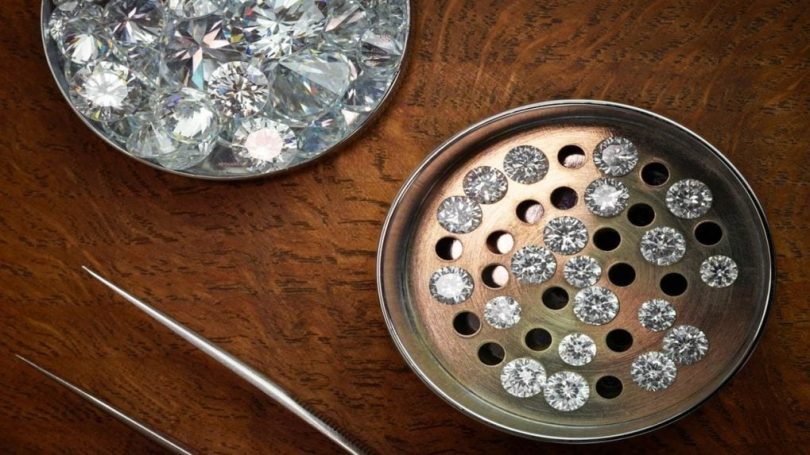 Over 90 percent of the world’s diamonds are cut and polished in Surat, Gujarat. But repercussions of the Ukraine-Russia war and China’s COVID-19 situation have wiped out nearly 35 percent of global demand, also leading to widespread layoffs.

27-year-old Premal Sakaria has been cutting and polishing diamonds for nearly 10 years across various companies in Surat. But that came to a grinding halt post-Diwali when the company he had been working at for the past two years suddenly shut down, leaving him and nearly 200 others jobless. A plunge in global demand for diamonds has forced several of the 7000+ diamond units in Surat to either lay off staff or shut operations.

Sakaria said, “After Diwali, they fired us. About 150 workers were laid off – they are all looking for jobs now but not finding anything. Even if they do get a job, it barely pays Rs 10,000, which doesn’t suffice in running households.”

The Diamond Workers Union claims that since Diwali, at least 20,000 workers have been laid off across Surat’s $40 billion diamond industry. However, diamond merchants say the extent of job losses is exaggerated and that most companies have been cutting down working hours and not laying off people.

Bhavesh Tank, vice president of the Diamond Workers Union of Gujarat said, “I believe after Diwali till now, more than 20,000 workers lost their jobs. In Kataargam, there was a company that shut down and 700 workers were laid off, 2-3 smaller companies have also shut down. We receive at least 2-3 complaints a day of people being fired.”

Dinesh Navadiya. the president of the Surat Diamond Association said, “This is entirely wrong. No worker has been laid off. I can say with confidence that not a single worker has been laid off. Working hours are being reduced. If some big company has low orders of rough diamonds they’re giving Saturday and Sunday holidays. They are managing like this but removing workers is not happening.”

Surat is the world’s largest hub for diamonds with every 14 out of 15 diamonds sold in the world is cut and polished in Surat. And 90 percent of this is exported, largely to US and China. However, due to the Ukraine-Russia war causing a global economic downturn, followed by COVID lockdowns in China has crippled the demand for this precious stone in the past 10 months.

Jayanti Narola, entrepreneur of SRK Diamonds said, “Business has been quite low in the last 10 months. If 100 diamonds were sold earlier now only 60 diamonds are being sold, this is the biggest issue.”

While global uncertainties continue, the industry believes government support will go a long way in helping Surat survive the tough environment. The Gem & Jewellery Export Promotion Council has asked the government to allow the sale of rough diamonds through a special notified zone to facilitate trade between SMEs and diamond mining companies… and allow diamond exporters to benefit from the policies of major mining countries in Africa.

Navadiya said, “Small companies now have to pay a 2 percent equalisation levy to do business overseas through e-commerce since they don’t have offices there. How can they give 2 percent in high value? We have been requesting the government since 2 years to remove this so small merchants can do business and compete with larger players.”

Other demands also include a repair policy for jewellery and cashing in on the growing demand for lab-grown diamonds. Surat’s diamond industry is also urging the government to abolish the 7.5 percent import duty on raw materials for lab gown diamonds. The industry also has its hopes pinned on the upcoming diamond bourse in Surat, which they say will boost volumes, give smaller diamond merchants access to global markets and potentially generate over 50,000 jobs.