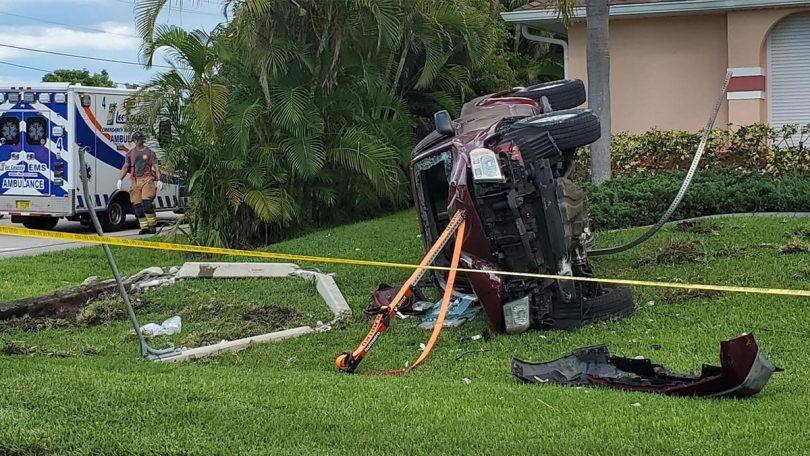 The crash occurred at the intersection of Coronado Parkway and Lucerne Parkway.

Witnesses say Cape Coral police were chasing the man driving the pickup truck on Coronado Parkway when he then lost control while speeding and slammed into a cement light pole and a traffic sign.

The truck then rolled over several times before coming to rest on its side in the front yard of a private home.

Power lines fell on the pickup truck after the crash.

Fire crews immediately responded and had to assess if the lines were energized prior to starting the extrication of the man who was trapped and unconscious inside, according to witnesses.

Firefighters removed the truck’s windshield and removed the man, who was brought to a nearby hospital.