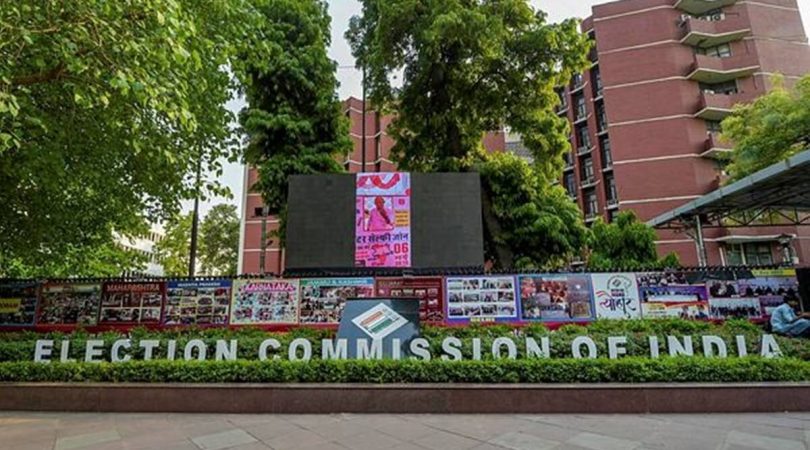 A vital issue of national importance dominating the headlines for the last three days is the PIL in the Supreme Court regarding the autonomy and neutrality of the Election Commission of India (ECI). This PIL was filed by a BJP leader and advocate Ashwini Upadhyay in November 2018 but unfortunately, the Court did not give it the priority it deserved. When the five-judge Constitution Bench finally started hearing it, the importance of the subject became clear.

The Constitution intended the Election Commission to be fiercely independent and vested it with enormous powers of superintendence, direction and control over all elections. The apex court has repeatedly adjudged these powers to be absolute and unquestionable. It has declared Article 324 to be the reservoir of all powers of the ECI and has repeatedly declared free and fair elections to be part of the basic structure of the Constitution.

Equipped with so much power and authority, it is only expected that the Chief Election Commissioner (CEC) of India would be fiercely independent and nonpartisan. But is that the situation on the ground? For much of Indian democracy’s history, the ECI has performed very well, earning accolades not only from the citizens of India but the world. The track record of most CECs was exemplary in displaying independence and neutrality, with the courage to stand up to the government of the day and it was hoped that this trend would continue. But hope can never be a strategy. There has to be an institutional mechanism to ensure the independence and neutrality of the ECI. Hence this PIL.

The root of the problem lies in the flawed system of appointment of the Election Commissioners. They are appointed unilaterally by the government of the day. It’s important to recall B R Ambedkar’s statement to the Constituent Assembly that “the tenure can’t be made a fixed and secure tenure if there is no provision in the Constitution to prevent a fool or a naive or a person who is likely to be under the thumb of the executive” (emphasis added).

There has been a demand for appointments through a broad-based consultation, as is done in most countries, including parliamentary scrutiny. The mechanism proposed is simple: A collegium consisting of the Prime Minister, leader of the Opposition (LOP) and the Chief Justice of India (CJI). This system is already in operation for the appointment of the Central Vigilance Commissioner, Chief Information Commissioner and Director of the Central Bureau of Investigation. This will obviate the possibility of allegations against the incumbent of being partisan to the government. Opposition parties would not be able to raise a finger against the incumbent since the LOP would be a party to the selection.

Another systemic problem is uncertainty over the elevation of an Election Commissioner to the post of CEC, which makes them vulnerable to government pressure. They consider themselves on probation, always conscious of how their conduct is viewed by the government, which can exploit this fear. Since all three members have equal voting rights and all decisions in the commission are taken by the majority, the government can even control an independent-minded CEC through the majority voting power of the two Election Commissioners.

In its 255th Report, the Law Commission of India also recommended a collegium system for appointing Election Commissioners. Political stalwarts such as LK Advani and many former CECs including BB Tandon, N Gopalaswami, TS Krishnamurthy and this writer supported the idea, even while in office. But successive ruling dispensations have ducked the issue, not wanting to let go of their power.

Apart from the manner of appointment, the provision for the removal of Election Commissioners also needs correction. At present, only the CEC is protected from being removed (except through impeachment). One has to remember that the Constitution enabled protection for the CEC as it was initially a one-man Commission. Logically, this should have been extended to the other two Commissioners, who were added in 1993, as they collectively represent the ECI. That oversight will hopefully be corrected by the current Bench.

In the rich history of democratic India, all institutions of the state have come under pressure at one point or another. But the strength of character of an institution is tested when political influence is brought to bear on it. We must have systemic safeguards against this eventuality.

In a recent debate on electoral reforms in the Rajya Sabha, the issue of appointments of Election Commissioners was debated and many political parties demanded the introduction of a collegium system.

Ironically, what is perhaps the most powerful commission in the world has the most flawed system of appointment. Nowhere in the world does the government of the day unilaterally appoint the election commissioner. It is always by a collegium or even a full parliamentary scrutiny or interview. In some countries, the candidates are interviewed on television for the nation to see.

When I was appointed election commissioner in 2006, a top aide of Prime Minister Manmohan Singh told me that my appointment by the government of the day may be its last, as the PM felt that it would be in the interest of the country to have a collegium, as demanded by Anna Hazare, among others. Why it did not happen, I do not know. Maybe sheer complacency, procrastination or the desire to not weaken its power. The present government cannot be blamed if it has a similar inclination. But then, when it is so critical of the omissions and commissions of its predecessors, why not undo another long-standing wrong?

The recent questions raised about the ECI’s credibility are certainly worrying. An ECI in office with the express consent of both the government in power and the Opposition stands a far better chance of convincing the nation and all parties contesting elections of its neutrality and impartiality.

One hopes that the Supreme Court will settle the issue for good as it has many other critical electoral reforms. It has been a guardian angel of democracy and has another chance to prove this.

The writer is former Chief Election Commissioner of India and the author of An Undocumented Wonder: The Making of the Great Indian Election