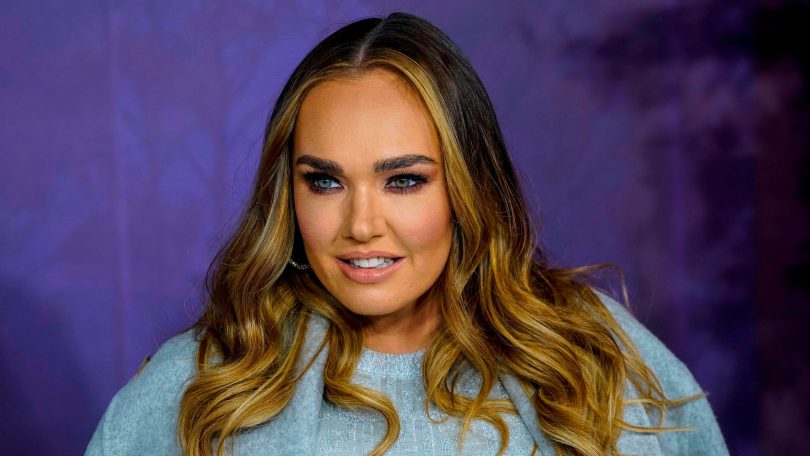 A thief who stole £25 million worth of cash, jewellery and gems from Tamara Ecclestone’s home in Britain’s biggest-ever burglary was caught after sending an unsolicited dick pic.

The socialite and heiress and her art gallery owner husband Jay Rutland were the victims of a raid at their Kensington Palace property in December 2019.

The robbery is the subject of a new BBC Three documentary, Who Stole Tamara Ecclestone’s Diamonds?, which reveals the surprising way in which one of the thieves was caught.

Three criminals broke into the property, despite round the clock security, after hiding behind a Wendy house and slipping in through a window.

When police began investigating, they had less than 15 seconds of grainy black-and-white security CCTV footage to work with, but managed to capture images of the men.

One detective, acting on a hunch, made a breakthrough when he asked to see the records of guests staying at a south London hotel at the time of the burglaries.

A receptionist who worked there told of how she remembered a group of men “vividly”, as one of them had sent her colleague inappropriate messages on the hotel’s out-of-hours iPhone, including a ‘dick pic’.

They had then saved his number as “wierdo” before blocking it.

The discovery of that phone number led them to find out that the man had used his identity card to check into the hotel.

The photo on this then matched images of one of the men from the CCTV footage, enabling to identify their first suspect, Jugoslav Jovanovic.

They later caught the two other burglars, Alessandro Maltese and Alessandro Donati.

The trio – who were also behind robberies at the homes of Frank and Christine Lampard and late Leicester City FC owner Vichai Srivaddhanaprabha – were sentenced in November last year.

Jovanovic was jailed for 11 years, while Maltese and Donati were each sentenced to eight years and nine months in prison.