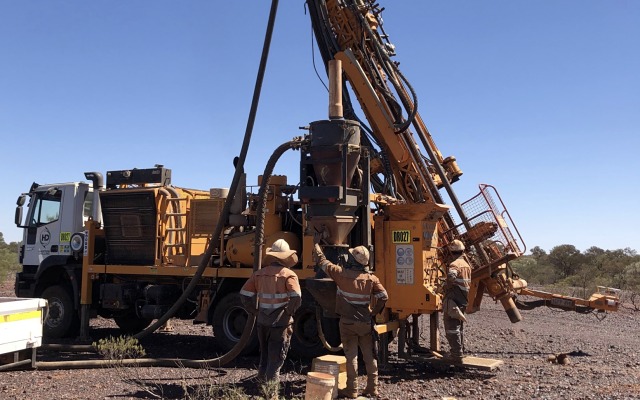 The company completed 23 reverse circulation holes for 2,527 metres during the June quarter, with targets along strike from historic workings at Tambourah King, Western Chief, Western Chief South, Federal and Kushmattie.

Tambourah said geological logs would be interpreted in conjunction with the full set of results to improve the project’s mineralisation model.

During the quarter, Tambourah completed airborne gravity surveys at the Bolgart East and Tolarno targets which sit within the WH South tenement package at the Julimar North project.

The company identified magnetic anomalies and has commenced planning new surveys to test for the presence of conductors, which may indicate sulphide mineralisation.

Seventeen prospective magnetic anomalies have been identified at WH South, which also hosts the Bindoon East and Mogumber West targets.

Tambourah is the second largest tenement holder in the Julimar region behind Chalice Mining (ASX: CHN).

Tambourah applied for another two exploration licences during the period to extend the potential of the Achilles project which houses the Windidda South (gold) and Achilles (nickel) prospects.

A review of historical geophysical data has demonstrated the majority of magnetic features hosting known mineralisation in historic drilling at Achilles remain untested.

The reprocessed data depicts Windidda South and Achilles to be situated on a large deep- seated structure which may control the location of regional mineralisation.

At the Russian Jack lithium project, Tambourah worked on a first-pass exploration program and an Aboriginal heritage agreement with the local Palyku group.

The project comprises four tenements over 505 square kilometres and includes an area of more than 320sqkm of underexplored granitic split rocks super-suite.

During the quarter, Tambourah applied to extend the Nullagine project with a further five prospecting lease applications.

Located 5km to the north of Russian Jack, the project sits in the Mosquito Creek Formation which is a sequence of fine-grained sediments known to host historic gold workings.

Lithium-bearing pegmatites are believed to occur to the south of the tenure.

At the Cheela gold project, approximately 100km west of Paraburdoo, Tambourah continued work on the design of reverse circulation and aircore drilling programs to test beneath and along strike of historic results.

Heritage negotiations are ongoing with various native title holders and will enable the company to commence drilling in the near future.

Tambourah spent approximately $500,000 on exploration activities across its project suite during the June quarter.

No expenditure was incurred on mining production or development activities.

Payments totalling $61,000 were made to related parties including directors and consultants.