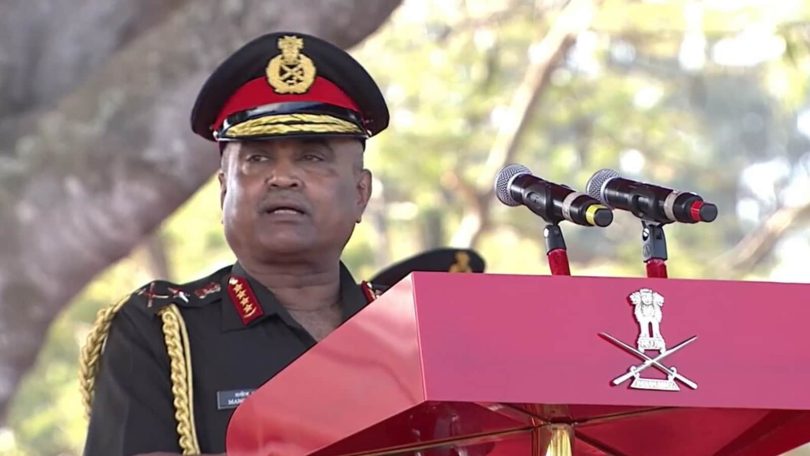 Indian Army firmly faced security-related challenges while further strengthening its preparations for future wars, General Manoj Pande said on Sunday. Speaking at the Army Day Parade in Bengaluru, Gen Pande stressed that the Army has maintained a strong defence posture at the Line of Actual Control (LAC) and is ready to tackle any contingency.

He also highlighted that there has been a significant decline in ceasefire violations in the border areas near the Line of Control. Without directly naming Pakistan, the army chief, however, added that terror infrastructure is still intact across the border.

“Our counter-infiltration grid is continuously thwarting infiltration bids from there,” Gen Pande said.

The army chief also talked about the situation in Jammu and Kashmir saying the people have rejected violence and welcomed the positive changes by participating enthusiastically in government initiatives.

“While there has been a huge decline in violent incidents due to the efforts of security forces, many proxy terror outfits have resorted to a new technique of targeted killings to gain visibility,” he added.

On the security situation in northeastern region, Gen Pande said Indian Army has played an important role in bringing down level of violence and making insurgents leave the path of violence.

Army Day is celebrated on January 15 every year. It was on this day in 1949 that General K M Cariappa took over as the first Indian Commander in Chief of the Army. For the first time, Army Day parade and other events related to it are being held outside the national capital.

“This has given a golden opportunity to Army to connect to the people. I am confident this will make our relations even stronger,” Gen Pande said.

Earlier today, Prime Minister Narendra Modi conveyed his best wishes to all army personnel, veterans and their families saying every Indian will always be grateful to our soldiers.

“They have always kept our nation safe and are widely admired for their service during times of crisis,” PM Modi said in a tweet.