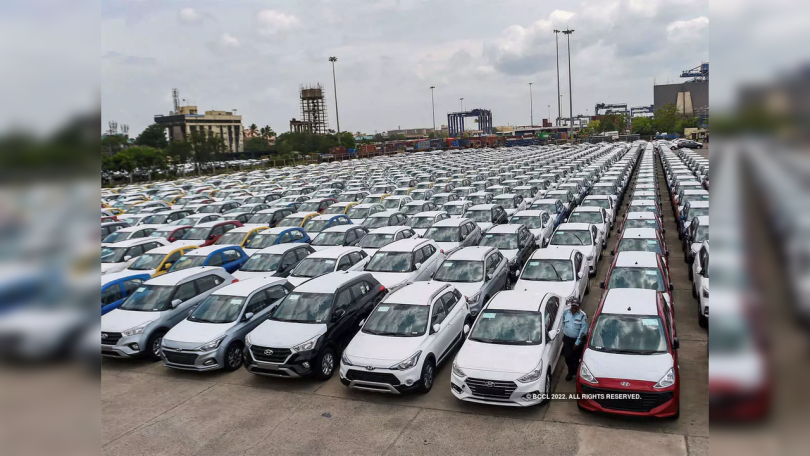 Tata Motors on Monday reported a 51.12 per cent increase in total sales at 81,790 units in July 2022, driven by the strong performance of its passenger vehicles in the domestic market.

The company had sold a total of 54,119 units in domestic and international markets in July last year, Tata Motors said in a statement.

Auto Sales in June: See revival in demand across sectors

Sales of passenger vehicles in the domestic market stood at 47,505 units as compared to 30,185 units in the year-ago month, up 57 percent.

The company had sold a total of 1,62,462 units in the same month last year, Maruti Suzuki India Ltd (MSIL) said in a regulatory filing.

“The shortage of electronic components had a minor impact on the production of vehicles, mainly in domestic models,” the company said.

The company had reported sale of 6,055 units in the domestic market and 918 units in overseas markets in July last year.

„We have witnessed a good demand trend in the last few months across model line-up. Unfortunately, the ongoing chip shortage continues to impact and slowdown our supplies. We are diligently aligning our production to meet the demand as quickly as possible,” Honda Cars India Director (Marketing and Sales) Yuichi Murata said in a statement.

Skoda Auto on Monday said its wholesales increased by 44 per cent to 4,447 units in July. The company had dispatched 3,080 units to dealers in July 2021.

“This is usually the period where big purchases are kept on hold as it’s the monsoon and deferred till the festive season kicks off. Yet, we have clocked in solid numbers on the back of our made-for-India, INDIA 2.0 cars, the Kushaq and the Slavia,” Skoda Auto India Brand Director Zac Hollis said in a statement.