For the second time, GM Nils Grandelius is the sole leader at the Tata Steel Chess Tournament. In a superb game, the Swedish grandmaster with the white pieces defeated GM Maxime Vachier-Lagrave. All other games in round five ended in draws.

After the Dutch winter’s first snow dominated the news a few days ago, a different element affected the tournament a little on Thursday. The strong wind, which had caused several incidents overnight of fallen trees in the country, was still powerful enough to make sounds audible in the playing hall.

After the two Polish grandmasters Radoslaw Wojtaszek and Jan-Krzysztof Duda had drawn their game quickly, GMs Alireza Firouzja and GM Jorden van Foreest moved to their table, which was the farthest from the noise.

When that game ended as a hard-fought draw among several other big fights, the only winner of the day was Grandelius, who is now the sole leader again with 3.5/5.

“It’s very nice. I didn’t really expect it to go this way,” Grandelius started his interview before explaining that his victory was partially based on cunning opening preparation.

It has often been pointed out that having a narrow opening repertoire has both advantages and disadvantages. On one hand, you can be an expert in the lines that you play, but on the other hand, it is easier for opponents to prepare for you.

Whereas GM Bobby Fischer got away with playing only the Najdorf for most of his career—because he probably worked harder than anyone but mostly because of the absence of computers—Vachier-Lagrave was reminded today of the downside: you cannot remember everything.

Grandelius chose to test the Frenchman’s knowledge of a line of the Poisoned Pawn Variation, which MVL had played twice in 2019. It’s not that the Swedish GM came up with anything revolutionary (after half a century of analysis it’s not possible anymore to refute this variation), but he did have a little something prepared.

With 15.Bb3, Grandelius deviated from two earlier games by Vachier-Lagrave, who made his first inaccurate move on move 19 where a knight move to the edge of the board is a repetition that the engine suggests.

“Without saying too much, I did not intend to repeat the moves,” said Grandelius. He admitted it’s not much for White with the best play: “It is clear that this is the way Black should play, and although I have some ideas it’s, of course, fine for Black. The position is balanced. But it’s still possible to ask some questions for Black.”

MVL did see the 19…Nh5 move but according to Grandelius, he felt it was incredibly dangerous, with his king stuck in the center, to lose time with that knight. As it went, MVL remained a pawn down and was subsequently outplayed in another impressive performance by the Swedish debutant in this top group.

As the other six games ended in draws, it was GM Aryan Tari who came closest to a win—and a loss, for that matter. The Norwegian player had been with his back against the wall for five and a half hours when, deep in the endgame, he was suddenly winning for one move. Still in a fighting-for-a-draw mindset, Tari played quickly and missed his chance. He heard about the missed possibility only when he was interviewed.

Earlier GM David Anton had outplayed his opponent in the infamous Berlin endgame, and Tari was the first to admit that he was lost. “Somehow I managed to get some tricks in.”

After Tari-Firouzja in round 4, the clash between GM Anish Giri and GM Pentala Harikrishna provided further support for the chess pundits who want to get rid of the draw offer also in this tournament. (Many other top tournaments have rules against offering draws, usually before a certain number of moves such as 30 or 40.)

This rather complicated game suddenly ended on move 26, where the position was full of life. The reason for Giri offering a draw was psychological.

“After I made a move [24.Rad1], I realized I missed a huge opportunity [24.Nd2], and then it was very annoying to sit there,” said the Dutchman. “After he made a move, I made another move I was unhappy with and finally, I decided to just send out a draw offer before I make one more move which I’ll regret!”

As it turns out, 24.Rad1 was actually fine, which means Giri was negatively influenced by an incorrect evaluation during the game—a common mistake many chess players of different levels suffer from, this author included.

What about the world champion? Well, GM Magnus Carlsen continued the tournament where he had left it before the rest day: pushing for a win, but failing to convert. This time he couldn’t really blame himself for blowing chances as GM Alexander Donchenko simply defended very well.

The German GM, who seems to be fully acclimatized now in Wijk aan Zee after his losses in the first two rounds, still thought he could have done better.

“I think for the first 30 moves, let’s say, I think I played quite well,” he said. “Then, when time started to get short, I probably got into a little bit of trouble and had to find probably what I did after the time control. I’m not sure if it was necessary, but I think I made life a little harder than necessary for myself, but in the end it worked out.” 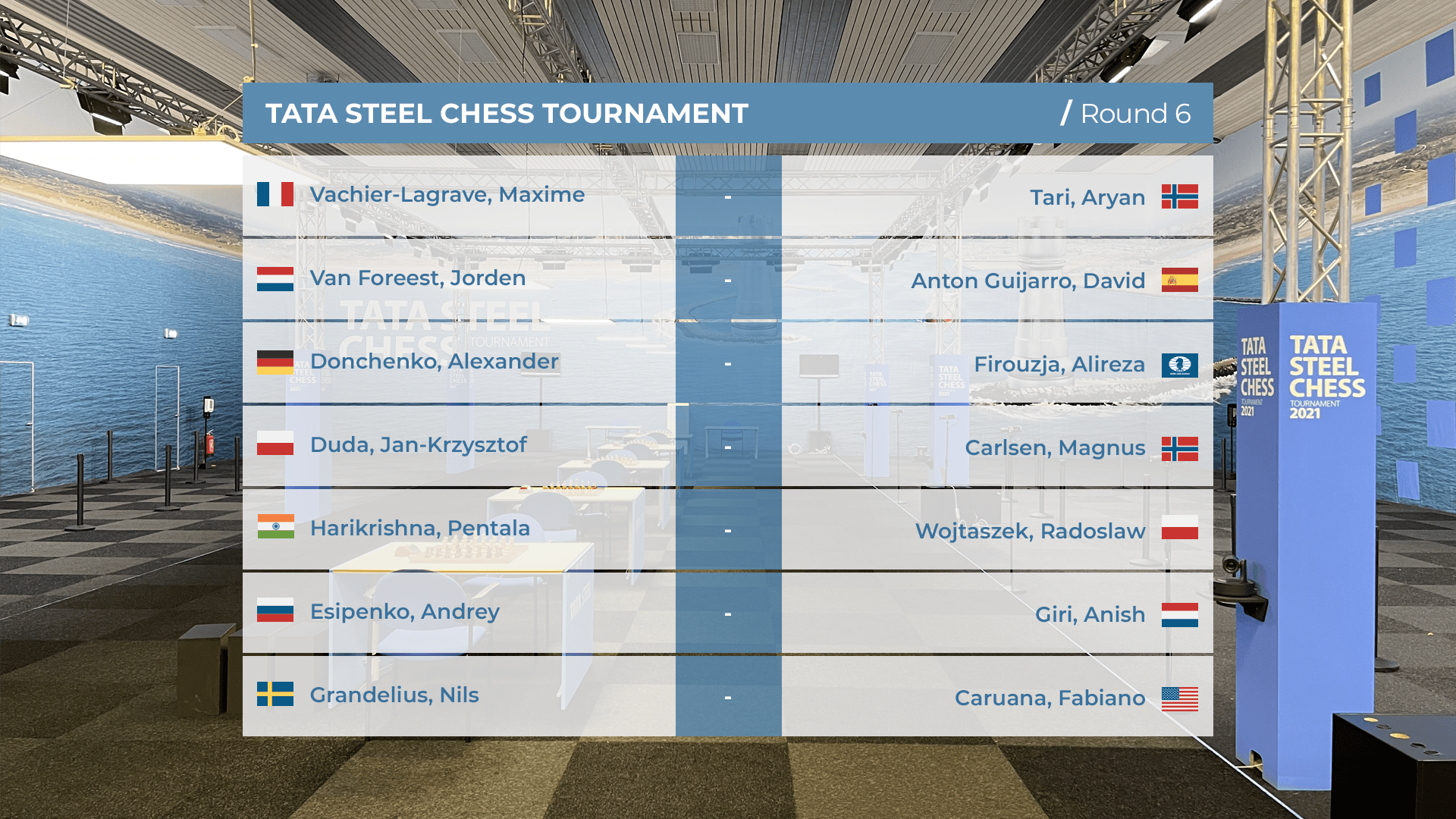