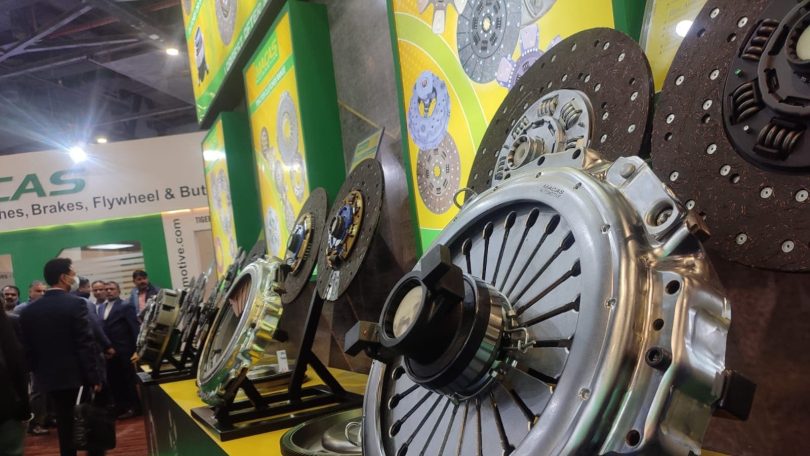 Reducing dependency on other countries for importing components will revolutionise electric vehicles segment in the country; localisation needs to take place, exhibitors at the Auto Expo Components 2023 told News18.

According to them, the dependency will be reduced only when the Indian manufacturers can produce exactly similar quality and technologically advanced products for EVs, while automakers will put their confidence in local vendors instead of overseas suppliers.

The centre has urged domestic automakers to reduce imports of EV components and other automotive parts from China and instead establish manufacturing facilities in India. But, according to the industry, the country’s reliance on Chinese imports is unlikely to be reduced anytime soon, as it will take a few more years to ramp up EV component manufacturing in India.

Last year, Union Commerce minister Piyush Goyal at the annual conference of the Automotive Component Manufacturers Association (ACMA) said: “In case any of the auto companies is pressurising an auto component maker to import components instead of localising them here when you have the opportunity to localise and when you have the technology by which you can localise, I would urge you to please come straight to me and talk to me without hesitation.”

At the Pragati Maidan, where the Component Expo is taking place, there is a long list of component makers including overseas companies who are participating as exhibitors. There are several companies which are at the arena with Made in India logo. It highlighted the fact that India has homegrown component makers.

So, the question is why Indian EV players are still dependent on overseas suppliers instead of relying on local products even though at the Auto Expo Motor Show it became clear that automakers are investing in petrol-diesel alternatives.

At the Component Expo, Manav Kapur, Executive Director of Steelbird International, told News18 that there is a clear mandate from the government regarding localisation and it is driving the demand but there are some issues.

“As of now the technology is at a very nascent stage. So, when the technology becomes more mature, then people will like to stabilise the technology and have more local sources. I think there is definitely a direction towards the localisation and with time this will speed up,” he said.

According to him, “When it comes to the mechanical parts, India is very strong. In the EV sector the majority of the local parts which are mechanical in nature are manufactured in the country. It is only the technologically driven parts which are not there in India and that is why we are looking outside the country to get better technology because we don’t have experience in that.”

“We must look at the countries where EVs have been there for a bit longer compared to India. So, you learn and inspire from them and that is how you bring the technology into India,” he added.

However, Kapur also believes that when foreign component makers would collaborate with local vendors, the manufacturers in India will learn and understand the technology more accurately.

However, he also said: “Considering the kind of commitment companies are putting in, such as setting up manufacturing and R&D capabilities, I think we will be far ahead of other countries. At this moment the market is very small, but when the market starts to grow more towards electric, capabilities will build accordingly.”

However, it is not only Kapur who pointed out why the dependency still exists. Some other exhibitors at the Component expo also believe that the automakers are still reliant on overseas suppliers, specifically China because they have the technology and they mastered it.

For example, one of the industry experts told News18 that in Shanghai, people could see EVs on road in the early 2000s, while India is talking about electrifying the roads in recent years. So, when it comes to China and the imports of components, it is mainly because they understand the technology completely, there is a massive product demand and the manufacturing ecosystem. It is believed that because of all these reasons it is easy to get the required components easily.

Sanjay Chadda, Managing Director of Stanadyne, which sells fuel injection systems (responsible for injecting the right amount of fuel into the engine) to several companies including Chinese manufacturers, told News18 that Chinese, as well as European companies probably got the first advantage of working on the EVs but eventually Indian manufacturers will be able to catch up and start making components for alternative solutions.

According to Chadda, cheap cost and the support from the Chinese govt are some factors playing important roles in this case but another major fact is that Chinese manufacturers do set up large manufacturing capacities in advance because they know about the requirements very well.

“Indian manufacturers are a little bit lacking in that because they first want the market to mature and then invest. So this is also probably one of the reasons why countries like China have an advantage over India,” he added.

A spokesperson from JK Fenner, one of the market leaders in the component section that began developing EV solutions almost five years ago, told News18 that 100% localisation has been the focus of the company so that the dependency on Chinese or European suppliers can be reduced.

He said in the Indian market, EV players are asking for immediate supply. When it comes to Chinese players, according to the spokesperson, they are giving materials at a cheap cost, though the life of these products is becoming less.

“In terms of technology, we are trying to use the expertise of retired IIT professors and doing all the analysis to produce a quality product step by step. But EV players are asking for the supply urgently and we are unable to meet a such short deadline. All we are asking is to give us time to provide cost-effective quality EV products,” he added.

However, there are other component makers who are either not interested or not willing to get into the EV sector at this moment. One of those big companies that provide components for major automakers in India told News18 that they are not planning to make EV components and seeing the size of the market, they are still waiting for the right time and want to overserve the EV market growth for a few more years.