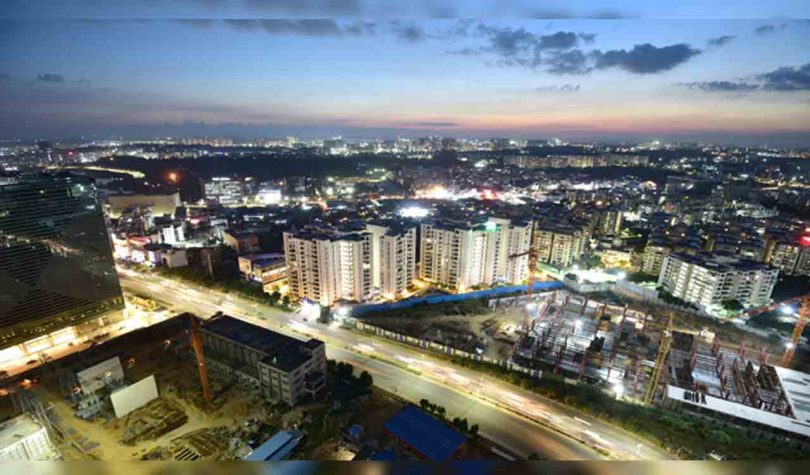 Hyderabad: While the BJP-led Government has not sanctioned any new big project worth its name to Telangana, it had even scrapped an already sanctioned Information Technology Investment Region (ITIR). But Telangana continues to nurture the IT landscape and it reached a point where one in every three jobs created across India is from Telangana. An ITIR in the capital city would have given an additional zing to the prevalent fledgling IT ecosystem in Telangana. The project, if launched, would have helped in further leveraging the cluster effect of the IT industry thus attracting new investment into IT, ITES and Electronics, Hardware Manufacturing sectors in the State.

In scrapping the ITIR, the BJP government at the centre had not only deprived the State of a growth enabling platform, but also eased itself out of the obligation to support the project with viability gap funding. Also, the updated project proposal in December 2013 pegged the Central Government Assistance at Rs 4,863 crore in two phases. The Centre had claimed that it had not received any detailed project report for the ITIR from Telangana, but the claim was effectively rebutted by the Industries and IT Minister KT Rama Rao who pointed out that the Government had submitted required information, the DPR and had even sent several reminders to the Centre in the last six years.

The Centre later conceded that it had indeed received communications regarding ITIR from the Telangana Government. The State also requested the MeitY to consider restoration of the ITIR scheme or provide another scheme to the State in its place.

In 2008, the Centre had proposed the ITIR project for Hyderabad. A Gazette notification dated 28.05.2008 published a policy resolution for setting up of ITIRs. The same was approved in 2013. It aimed to promote investment in Information Technology (IT), Information Technology enabled services (ITES) and electronic hardware manufacturing (EHM) units. Government of India’s role was to ensure the availability of external physical infrastructure linkages to the ITIR including national highways, airports, telecom and rail network in a time bound manner. The ITIR included Special Economic Zones (SEZs), industrial parks, Free Trade & Warehousing Zone (FTWZs) or export oriented units, existing settlements, industries and services centres.

As per the earlier ITIR estimates, the IT exports for the united state of Andhra Pradesh were supposed to reach Rs 2,09,221 crore by 2035. Going by the progress Telangana is making, IT exports are expected to cross these estimates in 2025 itself, a clear ten years ahead of the projected 2035. Telangana is on course to achieve Rs 3 lakh crore IT exports and 10 lakh jobs in the sector, the target it set in the 2nd ICT Policy 2021-26.

At the country level, about 4,50,000 jobs have been added in the technology industry during 2021-22. Of them, about 1,53,000 jobs have been created in Hyderabad alone, reflecting why it is the top choice for IT companies. The total employment in the IT/ITES sector in Telangana is now close to eight lakh in the State. Telangana’s IT/ ITeS Exports touched Rs 1,83,569 Cr for the financial year 2021-22, an impressive increase of 26.1% over the previous financial year’s Rs 1,45,522 crore. This is higher than the country’s 17%.

Telangana is adopting a 3I mantra- Infrastructure, Inclusive Growth and Innovation – to provide a congenial industrial friendly climate for IT companies to locate, grow and sustain their operations competitively in a hassle-free environment. It is attracting investments for infrastructure, creating affordable ICT infrastructure, promoting IT industry in Tier 2 cities, encouraging innovation in disruptive technologies and SMEs with focus on new technology areas such as social, mobile, analytics and cloud, animation, gaming and digital entertainment, IT products and services, promoting entrepreneurship and research and development and others.