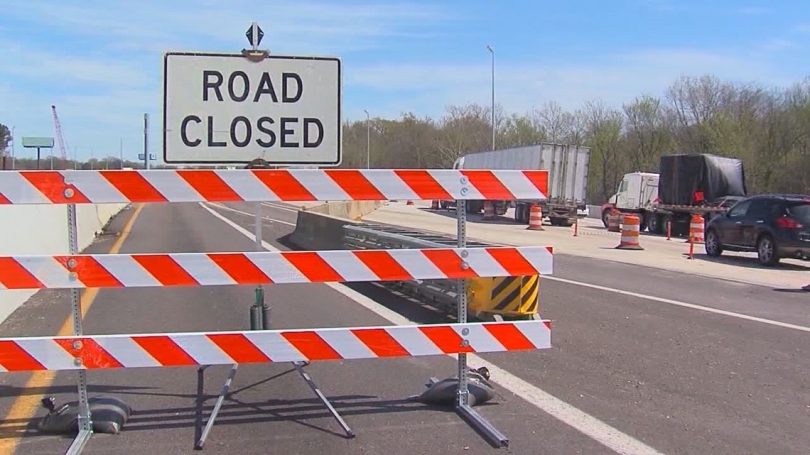 TDOT currently has six projects scheduled in Shelby County for the rest of November that will require partial lane closures.

They gave it a “C” grade, citing the state’s aging roadways as a major reason why.

It comes one week after the governor called for an increase to infrastructure funding to help curb congestion issues.

Problems with area roads are no secret to Memphis drivers.

“It’s not safe at all and it needs to be fixed ASAP,” said Courtney Hibler. “I’m having to have my car fixed right now … drop it off and miss two-three days of work because of the potholes.”

It has Gov. Bill Lee calling for more money to increase infrastructure funding after the Tennessee Department of Transportation gave a presentation showing the need for $26 billion to address state-wide congestion problems.

“We have (just under $2 billion for) the yearly budget,” TDOT Community Relations Officer Nichole Lawrence said. “Just in state of repair, we spend about $500 million of that just keeping up what we have. The rest of that (is used) on new projects.”

TDOT currently has six projects scheduled in Shelby County for the rest of November that will require partial lane closures.

Janey Camp with the American Society of Civil Engineers says that most of the state’s infrastructure is over 50 years old.

“Investment is needed. It’s a critical time as we see more use and more demand as populations increase. There’s a backlog of projects that need to be addressed.”

But the average delivery time of 15 years for road projects can’t keep up with the population increase.

“We are now trying to minimize that down into five years,” Lawrence said. “We are looking at ways we can communicate better. We are working to inspire innovation. We want to be more efficient. We want to modify our work flow and make our process better.”

If left unchecked, TDOT estimates these congestion issues could lead to a 60 percent increase in travel times by 2045.

Camp says some of those problems are already showing up and the solution goes beyond more money.

“We can’t build ourselves out of congestion,” she said. “We have to think about things differently, we can’t just keep building bigger roadways.”

Camp offered examples like investing in public transit and other traffic management strategies.

Lawrence said TDOT is continuing to work alongside the governor’s office to find solutions for building efficiency in the coming months.