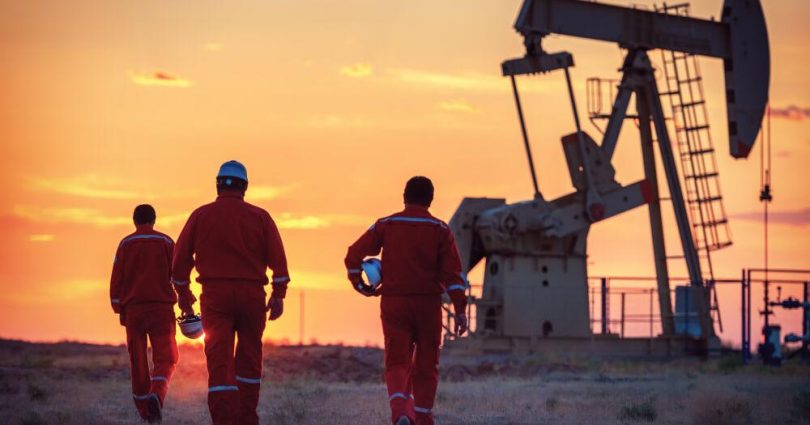 (The Center Square) – Texas added the greatest number of jobs in the oil and natural gas industry in June in recorded state history.

More than 6,100 jobs were added in the upstream oil and natural gas sector from May to June, the highest monthly increase in recorded state history. The Texas Workforce Commission has been recording job data since 1990.

The last monthly industry jobs report record was broken in June 2011 when it added 5,600 jobs.

“The Texas oil and natural gas industry continues to respond to meet the energy needs of Americans and allies across the globe,” Todd Staples, president of the Texas Oil & Gas Association, said. “Demand for oil is forecasted to continue growing in 2022 and into 2023, so our nation must support certainty and consistent opportunities for domestic production, pipelines and processing of the products our nation and world depend upon.”

There are currently 194,900 people working in the upstream sector in Texas.

The upstream sector includes oil and natural gas extraction jobs and a small amount of other types of mining. It excludes the hundreds of thousands of jobs in the sectors of refining, petrochemicals, fuels wholesaling, oilfield equipment manufacturing, pipelines, and gas utilities.

The Texas Independent Producers and Royalty Owners Association (TIPRO) notes that the Houston metropolitan area saw an increase of 2,000 upstream jobs in June, with a total of 67,000 direct positions. Houston, which encompasses the largest region in Texas for industry employment, saw an increase of 10,000 jobs from June 2021 to 2022 in metro upstream employment. This included an increase of 4,400 in oil and natural gas extraction and 5,600 jobs in the services sector.

According to TIPRO’s analysis, there were 12,391 active unique jobs postings for the Texas oil and natural gas industry in June. Out of 14 sectors, Support Activities for Oil and Gas Operations had the most unique job listings available in June of 3,247; Oil and Gas Field Machinery and Equipment Manufacturing had 1,547; Crude Petroleum Extraction had 1,431. Three cities have the most unique oil and natural gas jobs available: Houston (4,594), Midland (1,199) and Odessa (520).

The industry is expected to experience even more growth, TIPRO says, pointing to a U.S. Energy Information Administration forecast for the Permian Basin in West Texas and southeastern New Mexico. Producers in the most prolific shale oil basin in the U.S. are expected to increase production to 78,000 barrels per day (bpd) to a record 5.445 million bpd in August. Oil production in the Eagle Ford Shale in South Texas is also expected to increase by 25,000 bpd in August, reaching 1.205 million bpd.

Natural gas production will increase in the Permian to a record 20.5 billion cubic feet a day (bcfd) and in Eagle Ford to 6.8 bcfd, the EIA projects.

“June numbers reflect continued demand for talent and increasing exploration and production activities in the Texas oil and natural gas industry,” TIPRO president Ed Longanecker said. “Recessionary fears and the potential impact of China’s draconian COVID-19 policies have continued to be offset by concerns over tight oil supplies, but we are seeing these market forces impact WTI futures. Demand will continue to outpace global supply this year, but we can expect increasing levels of volatility in the months ahead due to these and other factors, including geopolitical conflicts and growing unrest over the escalating energy crisis in Europe.”

Longanecker said the “hostile federal policy environment and related rhetoric for domestic oil and natural gas production is also contributing to uncertainty in the U.S. and global markets, which could drive the cost of goods and services higher for American consumers, despite the economic dampening rate-setting efforts by the Federal Reserve Board.

“U.S. policymakers are placing undue demands on energy producers,” he added. “If we want price stability, and if we want to ensure a secure domestic energy supply, we need a stable regulatory environment in the U.S. Policymakers and the current administration must stop vilifying our industry and should work collaboratively with operators to develop a coherent federal energy policy strategy, including opening federal leasing, approving permitting for energy infrastructure and again providing the regulatory certainty needed to support long-term investments that are necessary to address our own energy needs and those of our allies abroad.”