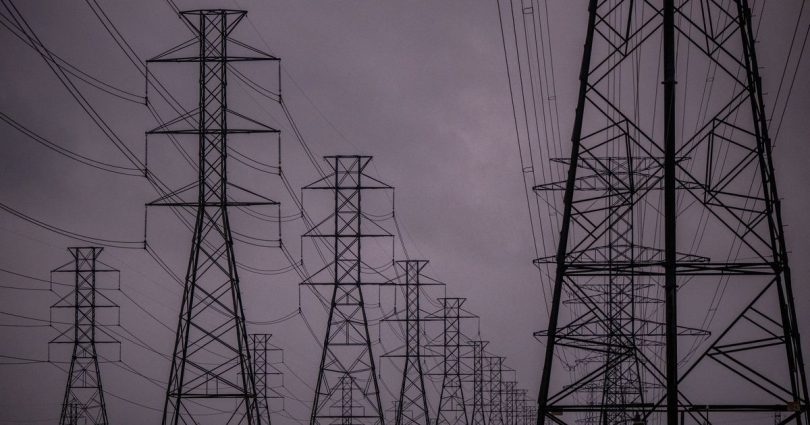 AUSTIN — The future of Texas’ electricity grid could be in the hands of a little-known board of energy executives, oil and gas entrepreneurs and power utilities officials.

The 12 members of the State Energy Plan Advisory Committee, who were appointed by Gov. Greg Abbott, Lt. Gov. Dan Patrick and House Speaker Dade Phelan, are set to approve a report this week that lawmakers could rely on in next year’s legislative session to craft bills related to the grid.

There has been little deliberation among the members, who met once to hear testimony from only invited witnesses and have not released a draft of the report to the public. More than half of the members are directly or indirectly connected to fossil fuels.

The board’s perceived secrecy has drawn skepticism and concern from some energy experts who fear it might attempt to make an end-run around the Public Utility Commission in efforts to redesign Texas’ power grid following the deadly February 2021 winter storm.

Chairman Phil Wilson, the CEO of the Lower Colorado River Authority and a well-connected figure in Austin close to both Abbott and former Gov. Rick Perry, has led the committee in crafting the report. Before becoming the head of the LCRA, which owns coal, gas and hydroelectric power plants, Perry appointed Wilson secretary of state in 2007. He also led the Texas Department of Transportation and worked for the Dallas-based electric utility Luminant.

Texas’ grid holds up amid a brutal heat wave and record demand. But at what price?

Wilson declined to be interviewed, but in a statement said the board’s aim is to support the Public Utility Commission and the Texas Railroad Commission’s work to improve the resiliency of a grid that was minutes away from a total collapse during the winter storm.

“We have a very capable committee appointed by the governor, lieutenant governor and speaker, and we heard from a wide variety of experts on Texas market conditions,” Wilson said. “Our goal now is to recommend a viable plan that will help ensure long-term reliability to serve the people of Texas and help ensure our state’s continued economic growth.”

Mark Ammerman, a member of the committee and a retired Houston investment banker, did speak with The Dallas Morning News but wouldn’t comment on the contents of the draft report the committee will consider approving Wednesday in a meeting at the LCRA headquarters in Austin.

“This is a pretty thick and well thought out report, but it is a very complicated task to tackle,” he said.

In Senate Bill 3, the 2021 law intended to address the grid’s future, legislators created the State Energy Plan Advisory Committee and tasked it with submitting recommendations by Sept. 1.

But its perceived secrecy and quiet operations have some power grid experts skeptical of the board’s mission.

“My biggest concern is the representation, or lack thereof,” said Doug Lewin, an Austin-based energy consultant. “There’s nobody with any sort of consumer bent that I can tell … nobody from the renewable industry, nobody representing energy efficiency, nothing like that.”

Committee members include executives from Oncor, ConocoPhillips and NRG Energy as well as the head of Texas’ largest electricity cooperative, the former director of grid operations from the Electric Reliability Council of Texas and a senior advisor to Perry during his time as leading the Department of Energy under former President Donald Trump.

Together, the group has donated nearly $200,000 to politicians and political action committees since 2010, including Abbott and former speaker Dennis Bonnen.

The author of SB 3, Sen. Charles Schwertner, R-Georgetown, described the board as an outside review of the power grid by energy experts, though some consider it a backstop to the Public Utility Commission. While the bill was being written in the immediate aftermath of the winter storm, the future of the commission, which regulates power utilities and oversees ERCOT, was unclear.

At the time, nearly every board member had been dismissed after taking much of the blame for the grid’s near failure, and its lone remaining member resigned after he was caught on tape assuring power producers that he would protect the multi-billion dollar profits reaped from artificially inflated power prices that have led to a myriad of lawsuits and bankruptcies.

The advisory committee was borne out of uncertainty that the PUC’s new leaders, unknown at the time, would be effective. Schwertner said the PUC work in the ensuing months has allayed his fears that the PUC would not prioritize necessary reforms.

The committee’s purpose, as outlined in SB 3, includes evaluating Texas’ electricity and natural gas markets, improving reliability and affordability of the grid and examining what’s known as the ancillary services market.

In Texas, the market has become associated with renewable energy sources, such as solar and wind power, which are unpredictable by nature.

Is your electricity bill soaring in the Texas heat? Here’s what you can do

The Senate version of Schwertner’s bill would have required wind and solar providers to purchase ancillary services and “replacement power” to maintain grid stability.

Lawmakers stripped the bill of that language as it made its way through the more moderate House, and the bill Abbott signed made no determination whether companies that provide wind and solar power should be paying for nonrenewable energy when the wind isn’t blowing or the sun isn’t shining.

“We need to address the reliability and dependability issue head on,” Schwertner said, noting that the PUC is still considering proposed measures in its redesign of the state’s energy market. “If they don’t, I think the Legislature should. There is an obligation on the part of the Legislature to make sure that we have dispatchable generation to power Texas into the future.”

Dispatchable power generally means power plants fueled by fossil fuels or nuclear power, power that can be turned on or off — dispatched — at the flip of a switch.

It is unclear if the State Energy Plan Advisory Committee will tackle the issue. Ammerman, the committee member, said adding more renewable energy will undermine the power grid’s resiliency unless other power sources are added to compensate for when the wind doesn’t blow or the sun isn’t shining.

“We need reliability,” he said. “We export reliability and import unreliability whenever we put more green stuff in without battery technology to store it. … And so what we really need is more dispatchable power.”

ERCOT’s new model to make the grid more reliable is working, and Texans are paying for it

At its one meeting June 28, the board heard from more than 20 witnesses. None were directly connected to renewable energy, but the board did hear from one of Texas’ chief fossil fuel advocates, Todd Staples, the head of Texas Oil and Gas Association, as well as ERCOT’s independent market monitor and several officials from ERCOT, the PUC and the Railroad Commission.

Little time has been devoted to deliberation between the committee’s twelve members, though some have provided input to the LCRA individually on recommendations for the future of Texas’ grid. Ammerman said board members have been provided a way to sign off on the LCRA’s recommendations even if they have misgivings, which could be submitted as a sort of dissenting opinion.

“I have the ability to sign off on the parts of the report that I do agree with and dissent on the parts I do not or I think further digging ought to be done,” he said.