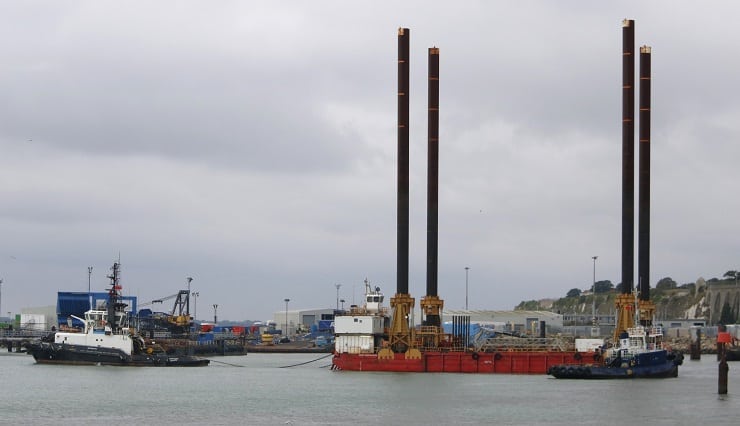 The 1,000 tonne Haven SeaChallenger jack-up barge  which has been stored at the former Sally Line berth at Ramsgate Port has now left on its journey to a new owner.

The structure, built by Japanese manufacturer Nippon, has deck dimensions of 50 x 24m and a leg length of 55m and has been bought by marine and renewable energy firm Red7Marine.

Red7Marine has been awarded the piling contract at the new marina within Dover Harbour.

Haven SeaChallenger has been taken to Portland. It left Ramsgate Port on Saturday (September 10) towed by tug ‘Fortitude’ with tug ‘Pullmoor’ in assistance.

Red7Marine has the piling contract at Portland for its new deep-water berth, which will allow larger ships to dock in the Port.

Jack Up platforms can be used for drilling and installation operations. They are mobile units and can be either towed like other barges or have propulsion units at the aft that move the structure under its own power