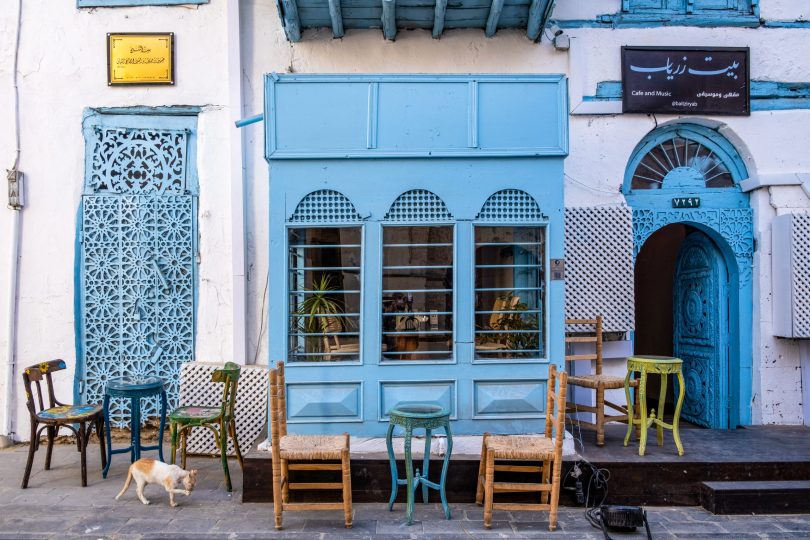 “What are you doing here?” asked the boy playing on his scooter along Jeddah’s attractive waterfront corniche. It’s a question I was asked quite a few times in my visit to the Red Sea ports of Jeddah and Yanbu. The inquiries weren’t in any way threatening, they were genuine, good-natured expressions of surprise from a people who just aren’t used to foreign tourists who aren’t Muslims.

And it was a good question — just three years ago, the idea of Western tourists walking freely around Saudi Arabia’s second largest city and its biggest port would have been unthinkable, never mind tourists who had arrived on a luxury cruise ship.

Saudi Arabia has become one of the last frontiers of tourism — a newly-opened place that confounds many of your preconceptions of what we think visiting the kingdom is going to be like.

Firstly, in spite of its ultra-conservative government and some extremely restrictive laws, there wasn’t an oppressive atmosphere when you were out on the streets. I can honestly say that I have never heard “Welcome to my country”, more often than I heard from the ordinary people I met in Jeddah, who, without fail, would give us a beaming smile, once they had got over their initial shyness. It did help that all the passengers sensibly respected the advice from the tourist authorities to cover up, and for the women generally to wear head scarves (although this wasn’t a legal requirement, and there was no need for veils or long abayas).

A New and Improving Jeddah

Secondly, in spite of the incredible wealth of the country, this isn’t a gleaming, high-rise, futuristic environment like Dubai or Abu Dhabi. In fact, Jeddah (and even more so, Yanbu) is a sprawling, dusty city that’s in the early stages of undergoing massive development plans. Saudi Arabia seems obsessed with the new. In Jeddah, we passed by neighborhood after neighborhood that was being bulldozed to make way for huge new urban projects.

But, even though we scarcely saw anything over 30 years old in the kingdom, by far Jeddah’s most interesting aspect is Al-Balad, the atmospheric Old Town — the one surviving district from the years before the petrodollars transformed this reclusive desert kingdom. Here, we crept around quiet, crumbling lanes lined with the old Tower Houses that made up the traditional architecture of the Red Sea coast 150 years ago. These evocative, whitewashed four- and five-story houses, with their latticework balconies and sturdy wooden doors, were in varying states of repair — some derelict and leaning at precarious angles, others newly-restored and open as private museums that gave you an insight into the history of what has always been Saudi Arabia’s most cosmopolitan city.

For centuries, Jeddah has been Saudi Arabia’s window on the world — the place where millions of pilgrims have passed through on their way to the holy city of Mecca. And, the city remains at the forefront of the kingdom’s ambitions to turn itself into a tourist attraction, as it has built ….