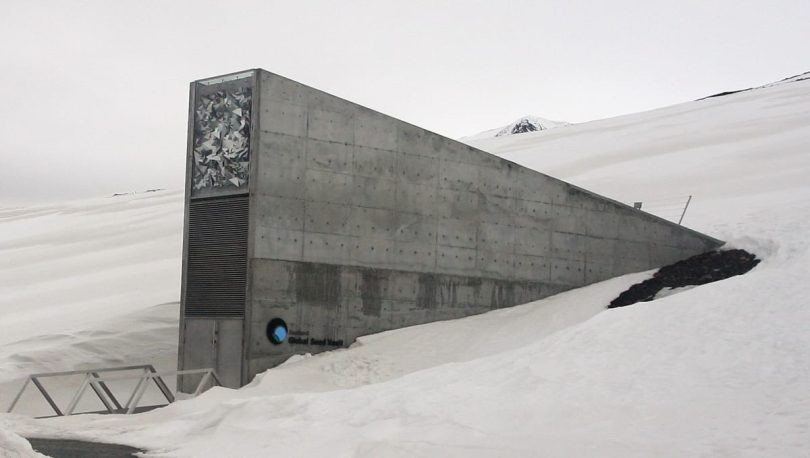 Some of New Zealand’s native plants are critically endangered and one researcher says we need to get serious about seed banking, to protect them for future generations.

In mid-May, a research facility in Ukraine was bombed by the Russian military.

The facility was attached to the National Gene Bank of Plants of Ukraine, the 10th-largest seed bank on the planet.

Tens of thousands of seeds were destroyed, some of them unique.

It’s a simple concept: to create a huge library of seeds, from food crops like wheat or tomatoes, to grasses, flowers, trees.

In the event of a terrible disease threatening the existence of a plant – we have our own example here in the spread of kauri dieback – these seed banks are an emergency backstop. In a sense, they are capable of bringing a species back from the dead.

They are also used as research facilities: scientists will experiment on them, splicing different seeds together to try and develop more hardy, bountiful species of wheat, for example.

They are also a doomsday safeguard: if a terrible catastrophe were to befall the world, maintaining a reservoir of seeds – assuming some banks would survive this nebulous apocalypse – would mean humanity could, at least, start to grow food again.

This might seem far-fetched, but we have a recent example: between 2008 and 2014, Syrian scientists had deposited more than 110,000 seeds into the famous Svalbard seed bank in Norway, due to Syria’s ongoing civil war.

Since then, these seeds have been duplicated, and since withdrawn – much like any other successful bank deposit.

Aotearoa, however, is in a slightly different position: while we do have seed banks, they are on a relatively small scale.

That’s despite dozens of our native plants hovering perilously close to extinction.

“We have one-in-13 native plants currently at risk of extinction,” Shadbolt says.

“On our nationally critical list – which is the most endangered a plant can be – there are 37 species.

“To get onto this nationally critical list, there has to be less than 250 mature individuals left in the wild.”

He says he favours a mixed model, where there is a single, large institution holding samples of all Aotearoa’s seeds, as well as smaller, satellite seed banks scattered around the country, where more fragile seeds could be taken and maintained.

Find out how to listen and subscribe to The Detail here.