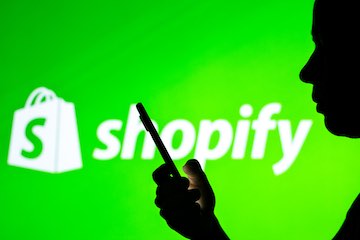 Shopify released on July 27 disappointing second-quarter financial results and provided an unfavorable forecast for the remainder of the year. Furthermore, on July 26 Shopify announced that it was laying off 10% of its employees — about 1,000 — due to slowing growth in ecommerce. Most layoffs will occur in the recruiting, support, and sales units.

In a message to employees, CEO Tobi Lütke said that Shopify “bet that the channel mix — the share of dollars that travel through ecommerce rather than physical retail — would permanently leap ahead by five or even 10 years. We couldn’t know for sure at the time, but we knew that if there were a chance that this was true, we would have to expand the company to match. It’s now clear that the bet didn’t pay off. I got this wrong.”

To save costs, Shopify announced that most of its employees would permanently work remotely so the company could repurpose or reconfigure its remaining office space and potentially terminate leases or sublet spaces.

While Shopify’s headquarters are in Canada, it reports financial results in U.S. dollars. The company reported a loss of three cents per share. Many analysts expected a three cents gain. Operating loss for the second quarter of 2022 was $190.2 million, or 15% of revenue, versus income of $139.4 million, or 12% of revenue, for the comparable period a year ago. Revenue for the second quarter was close to expectations, coming in at $1.3 billion versus an expected $1.33 billion. Shopify’s stock is down 74% in 2022.

While revenue increased almost 16% over the same quarter last year, operating costs ballooned more than 75%. Net loss for the second quarter was $1.2 billion versus a profit of $979 million for the second quarter of 2021. Sales and marketing expenses alone grew by 62.4%. Gross merchandise volume — the value of merchant sales flowing through Shopify’s platform — grew 11% to $46.9 billion during the quarter, missing estimates of $48.6 billion.

The cost of merchant solutions increased by $118.6 million, or 27.2%, for the three months ended June 30, 2022, compared to the same period in 2021. The increase was primarily due to higher interchange fees on payment processing.

The cost of subscription revenue increased by $22.2 million, or 35.2%, for the three months ended June 30, 2022, compared to the same period in 2021. The increase was due to the platform’s growth in traffic and functionality across global jurisdictions, resulting in additional cloud infrastructure and employee costs, according to Shopify.

In its earnings presentation, Shopify emphasized the positive aspects of its performance:

My analysis? Shopify’s operating losses will likely continue in the last two quarters of 2022. The growth of merchant solutions’ revenue year-over-year will presumably exceed the growth from subscription solutions. The number of merchants joining the platform will be higher in the last two quarters of 2022 compared to the first two. Revenue will grow faster than gross profit.