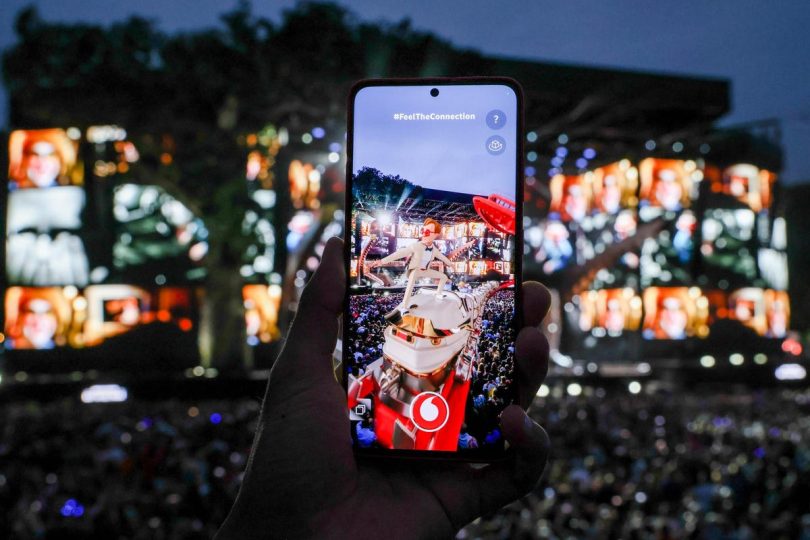 Immersive technologies continue to grow and generate hype around the media and entertainment industry. Many analysts are construing that virtual reality (VR) and augmented reality (AR) will be staples across the entertainment space as new ways to tell stories unfold. Through this, numerous ethics questions come into play as data and security have been trigger points throughout the media industry over the last couple of decades.

Gaming has been a fast adopter of VR and AR over the years because it fills a cross-section in gaming that allows a player to be more immersed in a specific universe. Film and TV however have a steeper hill to climb as it pertains to adoption, as the storytelling must remain true-to-form whilst technology is being integrated.

Nonny De La Peña spoke at IBC2022 on the future of tech and its ethics across media and entertainment. Known as the “Godmother of Virtual Reality” she emphasized that she had high hopes for the future of the space.

On how blockchain could be influential in the ethics and security space she said: “As a journalist, how do we know that a story is accurate, that it’s not a fake character, and yet protect individuals who might be revealing information that’s very dangerous. If you’ve got communities around blockchain that provide a way to protect identity, but they still have a way to track provenance of information. So I think blockchain is extraordinarily powerful.”

On the potential of the early adoption of ethics she continued, “I’m a real fan of Interoperability – your material should be able to go to whatever Metaverse you want to occupy, whether it’s your spatial business meeting, or whether it’s your playful VR chat space, you should be able to move through them [seamlessly]. I mean, that’s what we did with the web, right? That’s why the web works, by the way, because it has some [agreed] standards. We’re seeing it [in VR] now and there’s no reason we shouldn’t be thinking about [the ethics] right now.”

How your data is tracked coupled with the footprint you leave across digital spaces in a decentralized landscape will be important and increasingly key to watch and take note of as we inherit different shades of reality into our lives.

Former Google engineer on the Project Maven team, former member of the Joint Special Operations Community as a technical operator, and founder of Data Ethics Consortium For Security (DECS) – Amina Alsherif – witnessed one of the most public instances of AI ethics and technology ethics going awry in the large tech company and national defense industry.

On the future of ethics across these emerging areas she said, “AI will be very important across all infrastructure as we become more digitally skewed. This is especially key for companies working in the national security space, corporate security, and law enforcement.”

“There are of course very serious consequences if our integration into the metaverse, VR/AR skewing worlds are not properly looked at from a data and ethics perspective.”

DECS supplies policy documents targeted toward Capitol Hill and other foreign governments for potential implementation; the current climate around digital growth, according to Alsherif, stipulates that we need to be ready before mass adoption.

Both Alsherif and De La Peña agreed that diversity across these new industries is also important and that we should learn from our past to help inform our future.

Alsherif shared, “I’m a female minority, BIPOC and LGBTQ+ member who has been in the military, in the tech field, and has lived in Texas during a time when all of those identifying elements are some of the hardest to navigate. Seeing the ‘tech bro’ culture in startups and its toxicity as well as experiencing a particularly harsh environment in the military, despite my deployments across Iraq and Afghanistan, opened my eyes to numerous issues mainstream sectors or institutions have.”

“Your minority/identity/differences are your strength. They are not excuses. They are reasons why you are empowered to succeed.”

She concluded, “True equality is reached by acknowledging the presence of differences and striving to reach truly equal ways in treating one another, regardless of gender, sexual orientation, or race and not in spite of them. I think we have a genuine opportunity to do that across these new digital areas.”