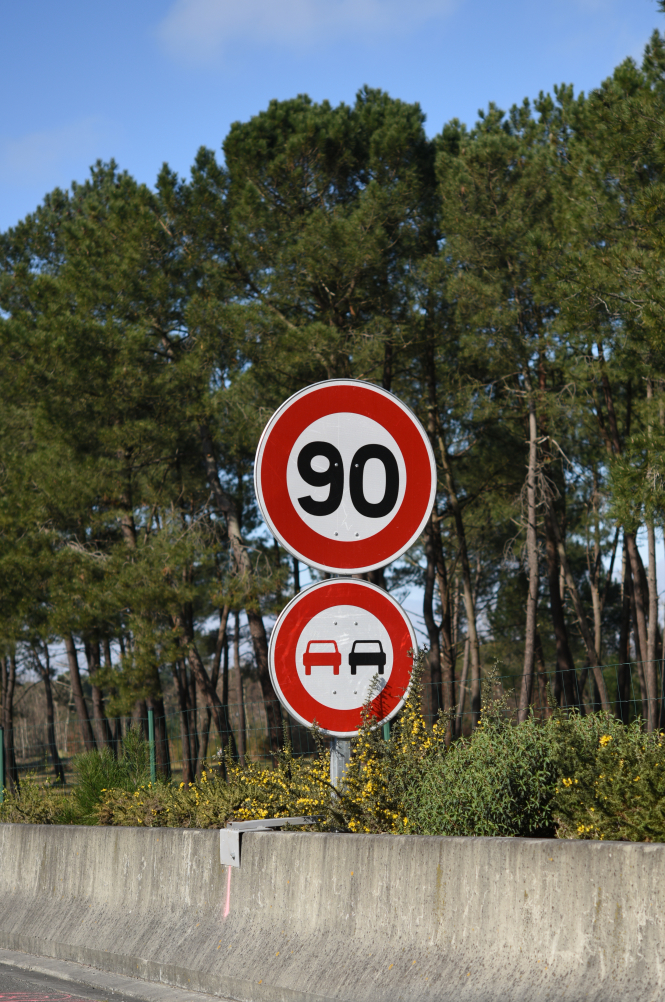 Yesterday (August 1), Puy-de-Dôme reinstated a 90km/h speed limit on 6,940 kilometres of its departmental roads, meaning that around half of France has now done so on at least some local roads.

In 2018, the government voted to lower the national limit on departmental roads from 90km/h to 80km/h in a bid to improve safety. The change applied to secondary roads with the exemption of dual carriageways. Motorways were not concerned.

The move was unpopular among driving associations in several departments, and in 2020 the government gave local authorities the power to return to a 90km/h speed limit if they judged it necessary.

Some seven departments – Puy-de-Dôme, Aveyron, Allier, Creuse, Corrèze, Cantal and Ardèche – have now reintroduced or plan to reintroduce the higher speed limit on all roads.

There are 38 others which have returned to 90km/h on some roads, or which plan to in the near future.

The map below gives an idea of the departments where at least some sections of road have a 90km/h limit, which are highlighted in yellow.

“With this return to 90km/h, over 50km there and 50km back, you gain 10 minutes in the morning and 10 in the evening, which is not negligible when you need to get to work for a certain time and drop off your children at nursery or school,” Olivier Amrane, president of the Ardèche departmental council, told BFMTV.

However, road safety organisations say that reducing the speed limit to 80km/h does help to save lives.

Figures from the Délégation interministérielle à la sécurité routière suggest that the death rate on roads with an 80km/h limit is 16.3% lower now than it was in 2019.

Environmental groups also argue that driving at a slower speed helps to save fuel and reduce CO2 emissions.