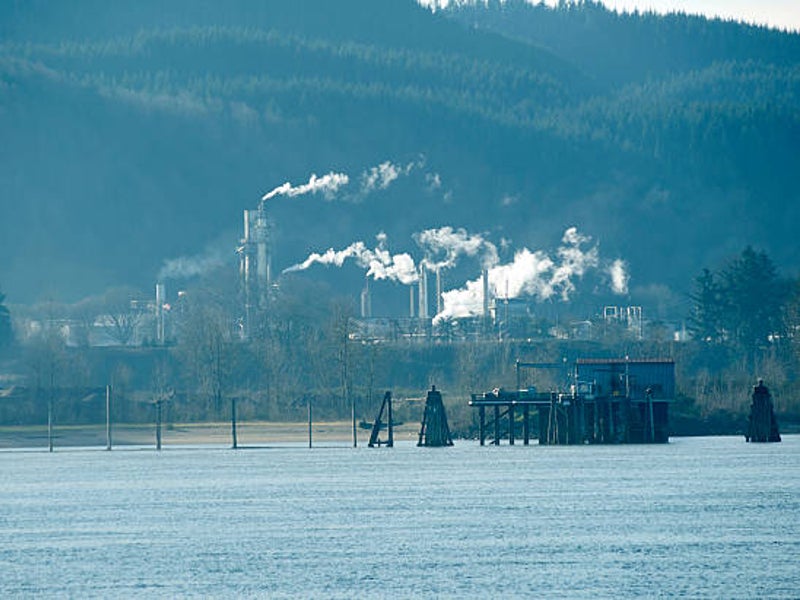 Colombian oil and gas is in trouble. Reports say that the country’s oil and gas output, along with its total proven reserves tally, are in decline, while on the finance side, investments appear unlikely to recover to pre-Covid-19 pandemic levels this decade.

With environmental, social and governance concerns, and global net-zero targets, increasingly pushing divestment from fossil projects, some analysts argue it’s difficult to see how Colombia’s petroleum can possibly bounce back from the recent blows of Covid and fast-hastening climate priorities.

Colombia remains a big player in the fossil fuels industry; according to the US Energy Information Administration (EIA) in 2021, Colombia was South America’s largest coal producer and second-largest petroleum and other liquids producer after Brazil. The country is also a significant oil exporter; in 2021, it was the fifth-largest crude oil exporter to the United States.

But proven crude reserves fell to just 1.8 billion barrels as of January 2022, paving the way for the election of left-of-centre presidential candidate Gustavo Petro in June. His promised anti-fossil agenda could transform Colombia’s legacy for good.

The EIA says Colombia’s total petroleum and other liquids production fell from 808,000 barrels per day (b/d) in 2020 to an average of 760,000 b/d in 2021, continuing a production decline trend from recent years that continues apace into 2022.

Production declines for the last several years were the result of shut-ins driven by Covid-19-related lockdowns and associated delayed exploration, in addition to social protests and attacks by guerilla groups on key midstream oil infrastructure.

The EIA says that in 2021 there were over 30 incidents involving attacks made by the National Liberation Army on oil pipelines and other infrastructure, contributing to a sector that is marred by violence.

All these problems are adding up, plus there’s more; some analysis suggests that at the current rate of production, Colombia only has sufficient proven crude oil reserves for another six or seven years.

The sector has been undermined further by a rapid decline in investment in the industry. In 2019, prior to the Covid-19 pandemic, $4.03bn billion was invested in Colombia’s hydrocarbon sector. That amount plunged to almost half the following year, falling to $2.05bn. Despite industry investment rebounding to $3bn during 2021, Colombia’s crude oil and natural gas production actually weakened further.

The role of Petro

Foreign Policy argues that if Petro’s new presidency goes according to plan, Colombia could become the world’s biggest crude exporter to halt new exploration, calling the president the “vanguard” of oil majors aiming to cease exploration.

Considering the sector’s reserves may run dry within a decade regardless, a new approach to plug fossil gaps is going to be required from Petro.

It is too worth remembering that Petro’s stance is one globally mandated by the International Energy Agency (IEA). In its 2050 Net Zero Pathway, the IEA argues no new oil and natural gas fields are needed.

“New energy security challenges will emerge on the way to net-zero by 2050, while longstanding ones will remain, even as the role of oil and gas diminishes,” it says. “The contraction of oil and natural gas production will have far-reaching implications for all the countries and companies that produce these fuels.”

Colombia, of course, is one such country. The IEA plans that, on average, oil demand will fall by more than 4% per year between 2020 and 2050, a telling direction of travel. If all capital investment in producing oil fields were to cease immediately, this would lead to a loss of over 8% of supply each year.

What Petro wants is mandated by the world’s biggest energy agency, but the IEA has also warned of the challenges of such a process. It says that annual per capita income from oil and natural gas in producer economies needs to fall by about 75%, from $1,800 in recent years to $450 by the 2030s, which could have knock‐on effects for these countries more broadly.

Structural reforms and new sources of revenue will be needed, even though these are unlikely to compensate fully for the drop in oil and gas income. The IEA offers advice that while traditional supply activities decline, the expertise of the oil and natural gas industry fits well with technologies such as hydrogen, carbon capture, utilisation and storage and offshore wind. These could open up new Colombian wealth channels, if Petro plans right.

Other challenges will hit him. The IEA says in its Net Zero Pathway that tax revenue from oil and gas retail sales will fall by about 40% between 2020 and 2030. Managing this additional blow to the coffers will require long‐term fiscal planning and budget reforms.

The IEA says what happens depends to a large degree on the strategies adopted by resource‐rich governments like Petro’s and their national oil companies.

What matters most though is that from many angles, Petro’s promised plans actually appear the most sensible; certainly to Colombia’s electorate on the evidence of the Petro vote. The IEA predicts that producer economies could pursue many alternative approaches to weaning off fossils.

Faced with rapidly falling oil and gas demand, they could, for example, opt to increase production so as to capture an even larger share of the market. But in this event, the combination of falling demand and increased availability of low cost oil could lead to even lower and probably much more
volatile prices, a path Petro won’t tread.

It seems that kicking the fossil habit may be right for Colombia. Its resources appear to be failing, Covid has stymied investment and its leader wants to follow the IEA towards net-zero, a path that makes considerable sense.

But if it’s all to work in the real world, then serious economic planning against the absence of fossil revenues and taxes can’t come early enough. Does Petro have the right strategy up his sleeve? Time will tell. He has less than a decade to pull it all together.