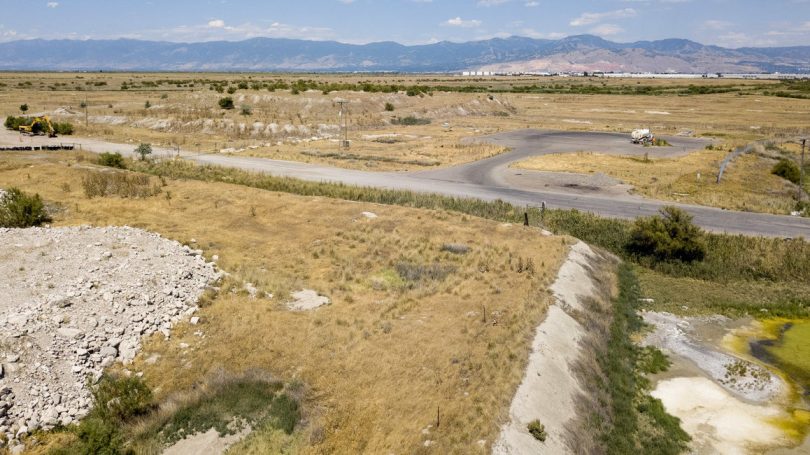 The announcement comes about a week after a state audit suggested that the Utah Inland Port Authority needs a master plan.

“Our sense is, until we really have a good, long-term master plan in place. We want to hold off on any major expenditures,” the port’s Executive Director, Ben Hart, told KSL NewsRadio.

The state audit was conducted by the office of the legislative auditor general for the state of Utah, which summarized its report by saying that the Utah Inland Port Authority (UIPA) must complete its master development plan before any more money is spent on the project.

The need for a master plan

The Utah Legislature created the UIPA in 2018.  The legislative auditor general described the UIPA as a “quasi-governmental entity focused on supply chain logistics.”

Of particular concern for the auditors is the exemption UIPA enjoys from many Utah administrative laws and rules.

The legislative auditor general said a solid master plan is essential because the UIPA oversees $150 million in bond proceeds, obtained from public monies.

A best practice of good government is to set clear objectives for the development of a legislatively established program. A plan that defines the ways and means to achieve those objectives should then be established. After reviewing the port’s planning documents provided, we believe UIPA needs to prioritize additional planning, specifically in the form of a master development plan.

“We have our charge. We know that we have to power local economy,” Hart said. “But we’ve also got to stay focused on helping Utah businesses get their products into the global supply chain.”

The auditor’s review was also critical of the UIPA’s bidding process.

We have documented the port’s procurement policy, which was updated in May 2022. Provisions of the policy that allow for unilateral actions by the purchasing agent disincentivize the use of competitive bidding.

Word that the development was on hold came on the same day as fresh criticism. A business professor from UC Berkeley said the port authority is unlikely to make money. Dr. Robert Leachman said that Utah needs to learn from history.

“If we go back to when goods were made in the midwest and the eastern part of the U.S., instead of the far east, then there was very successful trans-loading at the Freeport Center up by Clearfield,” Leachman said.

“As we converted the midwest and the east into the rust belt, everything was outsourced to the far east. They tried to keep Clearfield going. To work it in reverse direction, to take imports from the far east and distribute them to the west of the U.S. And that effort failed for the same reasons that this (UIPA) wouldn’t work.”

Looking ahead to new thinking, ideas

“People talk about a lot of innovation and great things happening at the Point of the Mountain, but we think we can do some equally innovative, perhaps even some greater things, up here by the lake in the northwest quadrant of Salt Lake City,” Hart said.

Affected communities will impact the master plan, Hart said. But he did not offer a timeline for creating the plan.

Simone Seikaly contributed to this report.