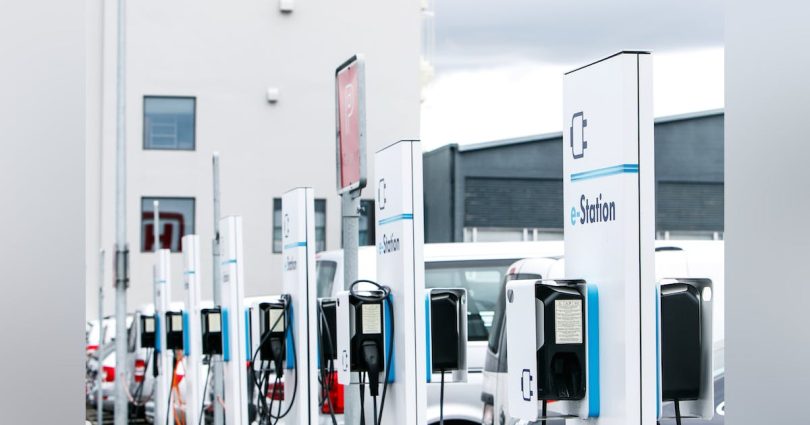 The future is now. Thanks to the bipartisan Infrastructure Investment and Jobs Act (IIJA), America’s infrastructure will have a modern design that fits the 21st Century. Electric Vehicles (EV) are the way of the future, and as more infrastructure gets built for them, more and more people will embrace them. President Biden’s pledge of 500,000 EV chargers by 2030 is no small task, but with the help of the National Electric Vehicle Infrastructure (NEVI) Formula Program in the IIJA, this is becoming more and more of a possibility. Let’s take a deep dive into NEVI and see what it’s all about.

Over a period of five years, the NEVI Program will help fund the deployment of EV charging stations for each state, establishing an interconnected network to facilitate data collection, access, and reliability. This past week, it was announced that all 50 States, the District of Columbia, and Puerto Rico submitted their plans for the National Electric Vehicle Charging Network, pushing plans forward to release funding to the states. The establishment of this network will help the adoption of EVs, reduce transportation-related greenhouse gas emissions, and position U.S. industries for global leadership in electrification efforts. August 1 was the deadline for states to submit an EV Infrastructure Deployment Plan to the new Joint Office of Energy and Transportation.

What About the NEVI Funds?

The IIJA includes up to $5 billion in support for the NEVI Formula Program, which is intended to “provide funding to states to strategically deploy electric vehicle charging infrastructure and to establish an interconnected network to facilitate data collection, access, and reliability,” according to the bipartisan law. The IIJA also includes up to $2.5 billion of support for a Discretionary Grant Program for Charging and Fueling Infrastructure; this grant program is intended to support the strategic deployment of an infrastructure that includes publicly accessible charging systems, including those for EV, hydrogen, propane, and natural gas vehicles.

The Federal Highway Administration (FHWA) must distribute the NEVI funds each fiscal year through 2026, ensuring that each state receives an amount equal to the state FHWA funding formula.

Funding is available for up to 80% of eligible project costs, including:

EV charging stations must be non-proprietary, allow for open-access payment methods, be publicly available to authorized commercial motor vehicle operators for more than one company, and be located along designated Alternative Fuel Corridors (AFCs). If a state and Department of Transportation (DOT) determine that all AFCs in the state have been fully developed, then the state can propose alternative public locations and roads for EV charging station installation.

The NEVI Formula Program will make EV charging station available to the public on a large scale. This will change the look of American infrastructure and improve the environment. It also will impact the automobile industry, but that’s another story. This will help define our roads and bridges for the rest of the century, and it will be another example of how America leads the way in technological advancements, as well as infrastructure. Check back next week for our continued coverage on the IIJA.