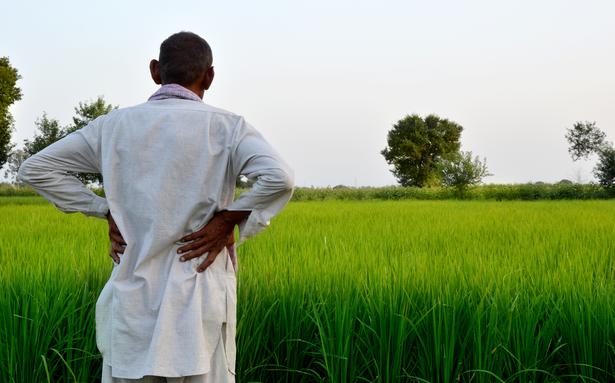 The divergent outcomes in structural transformation in the global South, i.e., India, China and S.E. Asia, are illustrative

The divergent outcomes in structural transformation in the global South, i.e., India, China and S.E. Asia, are illustrative

India has been in a phase of jobless growth for at least two decades now, coupled with rising poverty and discontent in rural areas. The ongoing protests against the Agnipath programme, agitations against farm laws a year before, and agitation for reservation by agriculture castes are all arguably an outcome simmering discontent due to this jobless economic growth. Why could India not generate a pattern of growth that produces jobs and inclusive development in the way most of the East Asian countries have done? Caste, which is mostly confined to politics, could be among the answers, a structural factor that impedes economic transformation in India.

Indeed, there is a link between economic transformation and caste in India, which is often missed by academics. In contemporary literature too, caste enters as a post-facto category in understanding inequalities in economic and social outcomes when the fact is that caste is central to economic transformation itself. Caste through its rigid social control and networks facilitates economic mobility for some and erects barriers for others by mounting disadvantages on them. Caste also shapes the ownership pattern of land and capital and simultaneously regulates access to political, social, and economic capital too.

There are three ways in which caste impedes the economic transformation in India: ownership and land inequality related to productivity failure within the farm sector; elite bias in higher education and historical neglect of mass education, and caste-based entry barriers and exclusive networks in the modern sector.

If Arthur Lewis, a Nobel Prize winner for development economics, emphasised accumulation of physical capital for economic transformation in the developing world, Theodore William Schultz, an American economist who shared the prize with him the same year in 1979, underscored the need for human capital for better transition to modern sectors. For him, an educated workforce enhances productivity while entrepreneurship ability is increased through education, training, experience and so on.

Hence, the divergent outcomes in structural transformation between countries in the global South, particularly India, China and South East Asia, is due to these three factors. All the nations which succeeded in achieving inclusive growth in the Global South had land reforms combined with human capital, invested in infrastructure by promoting capitalism from below and began industrialisation in the rural sector. Only India lost on all three counts.

India has one of the highest land inequalities in the world today. Unequal distribution of land was perpetuated by British colonial intervention that legalised a traditional disparity. Some castes were assigned land ownership at the expense of others by the British for its administrative practices. The British inscribed caste in land governance categories and procedures that still underpin post-colonial land ownership pattern in India. They made an artificial distinction between proper cultivators who belong to certain castes and those labourers — lower caste subjects who cultivated granted/gifted lands (Panchami, etc.) that have institutionalised caste within the land revenue bureaucracy. The prescribed categories and practices have entrenched caste inequality in land ownership. Even the subsequent land reform that took place after India’s independence largely excluded Dalits and lower castes. It emboldened and empowered mainly intermediate castes at the expense of others in rural India.

Even the Green Revolution that brought changes in the farm sector did not alter land inequality as it was mostly achieved through technological intervention. Though India has certainly seen surplus food production since then, the castes that were associated with this land pattern and benefited from the Green Revolution tightened their social control over others in rural India. Land still defines social status and pride in many parts of rural India.

While land has lost its productive capacity since the 1990s, thanks to the real estate and construction turn in the Indian economy, it still works as a source of inheritance, family lineage and speculative capital. In that sense, the economic reforms of the 1990s were a watershed moment. The farm lobby lost its power. Even those who made surplus in farm sectors could not transform their status from cultivators to capitalist entrepreneurs in the modern sectors, except a few castes in western and southern India. Those castes that had a stake in agriculture did not benefit from the economic reforms for two reasons — historical neglect of education and the entry barriers erected by the upper castes in modern sectors. The recent agitations by the Jats in Haryana and Punjab, the Marathas in Maharashtra and the Patels in Gujarat, demanding, among other things, reservation for their castes in higher education and formal jobs exemplify this new trend.

If strong growth in productivity within the farm sector is crucial for sustained economic growth, an educated workforce is equally necessary to move to the modern sectors. India failed on both accounts. The Indian education system has been suffering from an elite bias since colonial times. British colonialists educated tiny groups of elites, largely from upper castes, for their own administrative purpose.

As political scientist Myron Weiner had argued, India suffered from caste bias in education. Although the Indian Constitution guaranteed free and compulsory education under its directive principles, it was hardly translated into practice. Instead, attention was given to higher education for the elites. Hence, inequality in access to education got translated into inequality in other economic domains including wage differentials in India. Indian elites in fact sustained their position at the top by denying education to a substantial proportion of the population till positive-discrimination policies were implemented in higher education. India’s turn toward service growth — particularly its claims of emerging as a leader in software development and a natural inheritor of soft power — is arguably an outcome of this historic elite bias in education.

In contrast, Chinese and other East Asian countries invested in basic education and gradually shifted towards higher education. Their success in manufacturing is a direct outcome of the investment in human capital. One can find such trends even in the contemporary global labour market mirroring this skill spectrum; as South East Asia and China captured low-end manufacturing jobs, India largely concentrated in high-end technology jobs. China taking over India in manufacturing is due to this neglect in human capital formation. Here, a comparison with China is illustrative. Yasheng Huang, a Chinese economist, argues that rural entrepreneurship was able to grow out of the traditional agricultural sector on a massive scale. Rural India, in contrast, hampered by a poor endowment of human capital, could not start entrepreneurial ventures even remotely on the scale of the Chinese.

India did not witness such capitalism from below except in a few cases. Caste shaped policy outcomes, including India’s highly unequal land reform and lack of public provision of education and health, which in turn erected barriers to economic diversification. Caste also worked in building social networks. Castes that were already in control of trading and industrial spaces resisted the entry of others. Even those who had economic surplus in farm sectors could not invest in non-farm modern sectors. Social inequalities have mounted barriers for economic transition. Agrarian capital could not move into modern sectors due to these roadblocks. Even the relative success in South India is being attributed to the ‘Vaishya vacuum’ — an absence of traditional merchant castes. In contrast such a transition took place in South East Asia, where diversification into urban enterprises by agrarian capitalists was possible.

Truncated transformation is partly an outcome of this interface between caste and economy. For caste is not a residual variable, but is an active agent which stifles economic transformation.

Kalaiyarasan A. is an Assistant Professor at the Madras Institute of Development Studies (MIDS), India and a non-resident fellow at the Center for Contemporary South Asia, Brown University