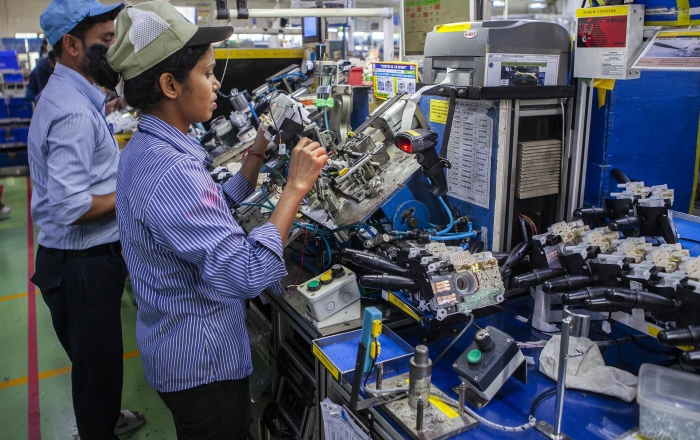 
In 2013, the British-Indian economist Meghnad Desai was kind enough to give me lunch at the House of Lords. Over Dover sole, we argued on the future of the Indian economy. Haven’t we missed the bus on manufacturing, I asked Desai, a kindly mentor to my economic thinking over the years. We should have done more to push manufacturing. Instead, we became enamoured with jugaad which turned out to be less about frugal innovation than about merely makeshift, I said.

But Desai was firm that India’s opportunity was not lost yet. It still had more than a decade, demographically speaking, to make a giant push in manufacturing. It would have to be propelled by a combination of investment in infrastructure and intelligent policymaking.

This year’s Budget (2021-22) outlined the ambition of India’s production-linked incentive schemes or what has come to be known as PLI schemes—₹1.97 lakh crore (around $27 billion) aimed at boosting domestic manufacturing across 13 sectors. The assessment is that “minimum production in India as a result of PLI schemes is expected to be over $500 billion in five years”, as an April 7, 2021, press release from the government notes. The sectors selected include electronics manufacturing, pharmaceuticals (medical devices, drug intermediates, and active pharmaceutical ingredients or APIs), white goods, food processing, automobiles and auto components, textiles, solar PV modules, and others. Buoyed by the early successes of three such schemes in 2020, 10 more were introduced in recent months.

The PLI schemes, it has been said, are at the forefront of promoting Aatmanirbhar Bharat or self-reliant India. If you study some of the early wins of these schemes, whether it is in propelling higher mobile phone manufacturing, or in driving deeper pharmaceuticals manufacturing, a few elements are immediately noticeable.