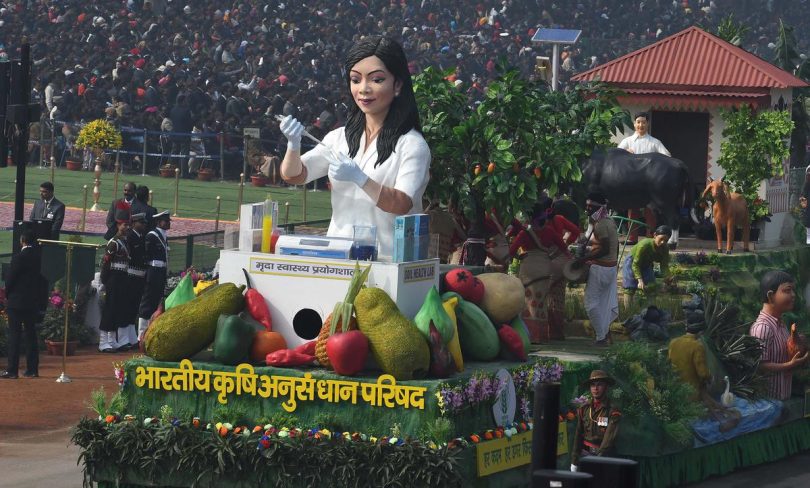 In a judgment this week, a two-judge bench of the Kerala High Court set aside the appointment of the Vice-Chancellor of the Kerala University of Fisheries and Ocean Studies (KUFOS). The court upheld the academic qualifications of the Vice-Chancellor but ruled that the appointment violated the procedures in the University Grants Commission (UGC) Regulations of 2018. It listed two specific violations: (a) the search committee recommended a single name and not a panel of three names; and (b) in the search committee, the State government included the Director-General of the Indian Council of Agricultural Research (ICAR) instead of a nominee of the UGC.

Given the history of agricultural education in India, the judgment is deeply worrying on at least two counts. First, it weakens the principle of federalism in higher education by dismantling the role of State governments in the establishment and functioning of State Agricultural Universities. Second, it raises an existential threat for the facilitator of agricultural education in India – the ICAR – by creating a false equivalence between the university system under the UGC and the agricultural university system under the State governments.

The evolution of agricultural education in India after independence dovetailed the exclusive role bestowed by the Constitution to the States in the management of agriculture. Replying to debates in the Constituent Assembly in 1949, T.T. Krishnamachari rejected suggestions from some members that the Union government must play a central role in agriculture. Upholding the principle of provincial autonomy, he argued that “beyond taking certain powers for the purpose of co-ordination, I do not think the Centre is at all capable of handling this vast problem [of agriculture]”.

The legal implication of the exclusion of agricultural education from Entry 25 of List III is that it cannot be subject to Entries 63 to 66 of List I. Yet, the pivot of the Kerala High Court’s judgment is that Entry 66 of List I provides the basis for the applicability of UGC Regulations 2018 – and the inapplicability of the First Statutes of the KUFOS Act, 2010 – to the affairs of KUFOS. Entry 66 reads: “Co-ordination and determination of standards in institutions for higher education or research and scientific and technical institutions”.

The UGC and the ICAR

The poor applicability of Entry 66 of List I is the reason why agricultural universities have historically been facilitated by the ICAR, even when they were governed by Acts passed in the State Assemblies. In 2019, a faculty member of the Kerala Agricultural University wrote to the UGC asking for clarifications on whether the UGC regulations apply to the university’s faculty appointments. The UGC’s Under Secretary provided an official response, dated November 28, 2019, read: “I am directed to inform you that Agricultural University does not come under the purview of UGC”. In the UGC Regulations of 2010, Para 1.1.1. read thus: “For teachers in the Faculties of Agriculture and Veterinary Science, the norms/Regulations of Indian Council of Agricultural Research…shall apply”.

The ICAR has had a unique legal status. It was established in 1929 (“I”, then, stood for Imperial) as a department of the Government of India though it was also a society registered under the Societies Registration Act. After independence, the Department of Agricultural Research and Education (DARE) was set up in 1973 in the Ministry of Agriculture. The major functions of DARE were to facilitate agricultural research and education, coordinate between the Centre and the States, and attend to matters related to the ICAR. The Secretary to the Government of India in DARE was concurrently designated as the Director-General of ICAR. In 1983, the Supreme Court of India ruled in P.K. Ramachandra Iyer v. Union of India that “…ICAR is almost an inseparable adjunct of the Government of India having an outward form of being a society; it could be styled as a society set up by the State and therefore, would be an instrumentality of the State”.

The authoritative role of States

Over the past five decades, the ICAR was successful in facilitating agricultural education as a national expert body and without overstepping into the constitutional jurisdiction of the State governments. For instance, when the ICAR desired to bring about some uniformity in the administration of agricultural universities, it did not take recourse to a one-size-fits-all legislation in Parliament. Instead, it chose to send a Model Act for Agricultural Universities in India to the State governments and let them decide on whether to accept or reject it. In other words, there was never an ambiguity within the ICAR system over the authoritative role of State governments in the management of agricultural universities.

The Kerala High Court’s judgment threatens to disrupt this delicate equilibrium maintained over the past five decades. Essentially, the court has sought to substitute the role of the ICAR with the UGC’s regulations, which are applicable solely to institutions listed in Entry 25 of List III. Despite the exclusion of agricultural education from Entry 25, the judgment has arbitrarily thrust the power of Entry 66 of List I on all agricultural/veterinary/fisheries universities in India. As a result, Entry 14 of List II stands thoroughly undermined.

The judgment also threatens to jeopardise the ICAR’s ongoing efforts to ensure a minimum level of uniformity in agricultural education in the country, including in the appointment of Vice-Chancellors. Till 2019, 28% of State Agricultural Universities (SAU) and State Veterinary Universities (SVU) had adopted the ICAR’s Model Act, and 48% of SAUs/SVUs had adopted some of its provisions. Interestingly, the Model Act stipulates the constitution of the search committee for Vice-Chancellors with three members: (a) the Director-General of ICAR; (b) one nominee of the government; and (c) one nominee of the Chancellor. But the Kerala High Court judgment has made the presence of an ICAR representative invalid and necessitates its replacement with a UGC representative. In short, all past and future appointments of Vice-Chancellors of SAUs/SVU/SFUs made under the ICAR’s Model Act are rendered untenable.

Curiously, the ICAR was not a party to the case in the High Court, which effectively rules it out of participation at the level of appeal too. But the ICAR needs to speak up. It must unequivocally and publicly state that agricultural education is not a part of Entry 25 in List III but of Entry 14 in List II, and hence it cannot be subjected to the powers of Entry 66 in List I. What is at stake is not just the spirit of federalism but also the unique status conferred to agricultural education by the Constitution.