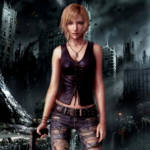 Welcome all to another edition of The 8 Ball! This week I’m here to talk about Square Enix games, specifically older Square titles. I grew up on some of the heyday of Square games, principally the SNES/PS1 era and a lot of those games are still locked to those platforms. So here is my list of Square games I’d like to see moved off earlier systems and onto more modern hardware. And if they did a HD remaster or even remake of some of these games, all the better. Let’s begin:

Threads of Fate was a pretty decent game back in the day. It was an action RPG where you played as either Rue (physical, shapechanging guy) or Mint (ring-using magic lady) to solve puzzles, complete dungeons and progress through the story. Here’s the thing though, it’d be neat if they added a co-op addition to the game. Something akin to like Lara Croft and the Guardian of Light, where it was a couch co-op game, only this would have online multiplayer.

I know they’ve redone this one before already but uh, it wasn’t 100% great? At least the PC version, from what I remember, had one or two issues. Regardless, they didn’t do much work on updating the actual game compared to the source material. Why not do a complete and new HD remaster of the game from the ground up? It doesn’t have to be as costly as FF7R obviously, but spending a bit more money on it, or something along those lines. Like, why not throw in voice acting?

Final Fantasy and wrestling, what could ever go wrong? Ehrgeiz is an odd beast of a game, it’s a 3D arena fighter but has like half the roster of Final Fantasy 7 included, so people might actually care about it. At least for the PlayStation version, the original arcade game had none of these guys so I’m sure that was a real bummer. Ehrgeiz was a lot like a less fun/zany version of Power Stone. The PS1 version, at least, had a Quest Mode, which for a fighting game, especially at this time, was pretty fully featured and lengthy. Bring Ehrgeiz back and throw John Cena into the mix.

Apparently, I’m about the only one who likes Einhander but that’s fine. Einhander is a bullet hell shooter in the vein of Gradius or R-Type (horizontal shooter not vertical) with occasional changes in view for a slightly cinematic angle. The real hook for this game was that you could shoot off enemy weapons and then pick them up yourself, attaching them to your own ship. This doesn’t strictly need to be remade, just a nice HD port would be nice, but if they wanted to go the extra mile, a new game or remake would also be welcome.

People really seem to like tactics games these days, so why not bring out an old favorite? It’s actually kind of shocking that Square didn’t milk Final Fantasy Tactics to death, outside of a GBA quasi-sequel and a PSP updated version, that’s been about it for the series. If they actually had a good foundational tactical engine, they could monetize the hell out of a modern Final Fantasy Tactics, selling units in random loot boxes or possibly requiring a battle pass to unlock your favorite character. It’s just weird though that this game has been exiled to those handful of systems without anything current on the horizon.

Even when Vagrant Story came out, I knew it was somewhat handicapped by the original PlayStation’s system specs. It’s not a slight against that system at all but I think Square was trying to be more ambitious with Vagrant Story and the graphical results weren’t exactly kind. Imagine what this game could be if it used something like FF7R’s engine but only better, since they don’t actually have to render a whole city, instead, they just have to create a bunch of cave systems. I doubt playing a straight port of Vagrant Story would fly too well today but something a bit more modernized and pretty would be a welcome port.

This is the one I could possibly actually see happening. The relationship between Square Enix and Nintendo is long and complicated but has been better over the recent years, particularly with the Switch console. The neat thing about Mario RPG is that you could just do it in so many different styles, from the fairly clean art style of current Mario games, to doing it in the Paper Mario style, or they could do something completely different. Really, I just want Mario RPG to come back, the Paper Mario series is fine and all but even the best PM game can’t hold a candle to Mario RPG.

Parasite Eve is heavily rumored at this point and it’s not hard to see why. Billed as the first “cinematic RPG”, Parasite Eve could very nicely do with a HD port/remaster to really bring the game into the 21st Century. The building blocks are already there, great main character, good bad guy (or girl in this case), popular setting, etc. They wouldn’t need to wholly recreate New York City for the game, just the few places that Aya actually goes to, the Museum of Natural History, Central Park, Chrysler Tower, and so on. I imagine if they did do a remake of Parasite Eve it’s heavily favor real time combat, which has its good and bad points. Frankly though, I think Parasite Eve was more special with its hybrid turn-based combat but ability to run around the battlefield, so at least giving fans that option would be nice.