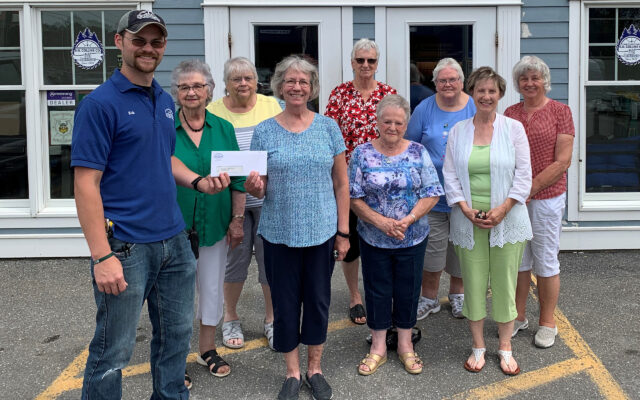 The following is the second of two articles highlighting some of the Caribou region’s top business stories from 2022. This article highlights events from July through December.

Editor’s Note: The following is the second of two articles highlighting some of the Caribou region’s top business stories from 2022. This article highlights events from July through December.

Charles “Chuck” Orser of Caribou was honored by Aroostook Agency on Aging for his role as building coordinator at Caribou Gardens, a senior housing complex. Orser, who has retired, joined the agency in 2019. Tamara Cote, information technology and housing manager, presented Orser with a jacket in recognition of his service.

Abbey Violette, a Thomas College senior from Caribou, joined Marshall Communications as a summer intern. Through the internship, Violette gained experience in the field of public relations through real-world projects and networking with other professionals. Violette will earn her marketing degree from Thomas College next spring.

During their July meeting, the Aroostook County Commissioners considered a change in the county’s budget cycle from a calendar year to fiscal year. If commissioners choose a fiscal year option, the cycle will go from July 1 to June 30 and provide a better cash flow. Many municipalities wait until Oct. 31 to pay taxes, said County Administrator Ryan D. Pelletier. 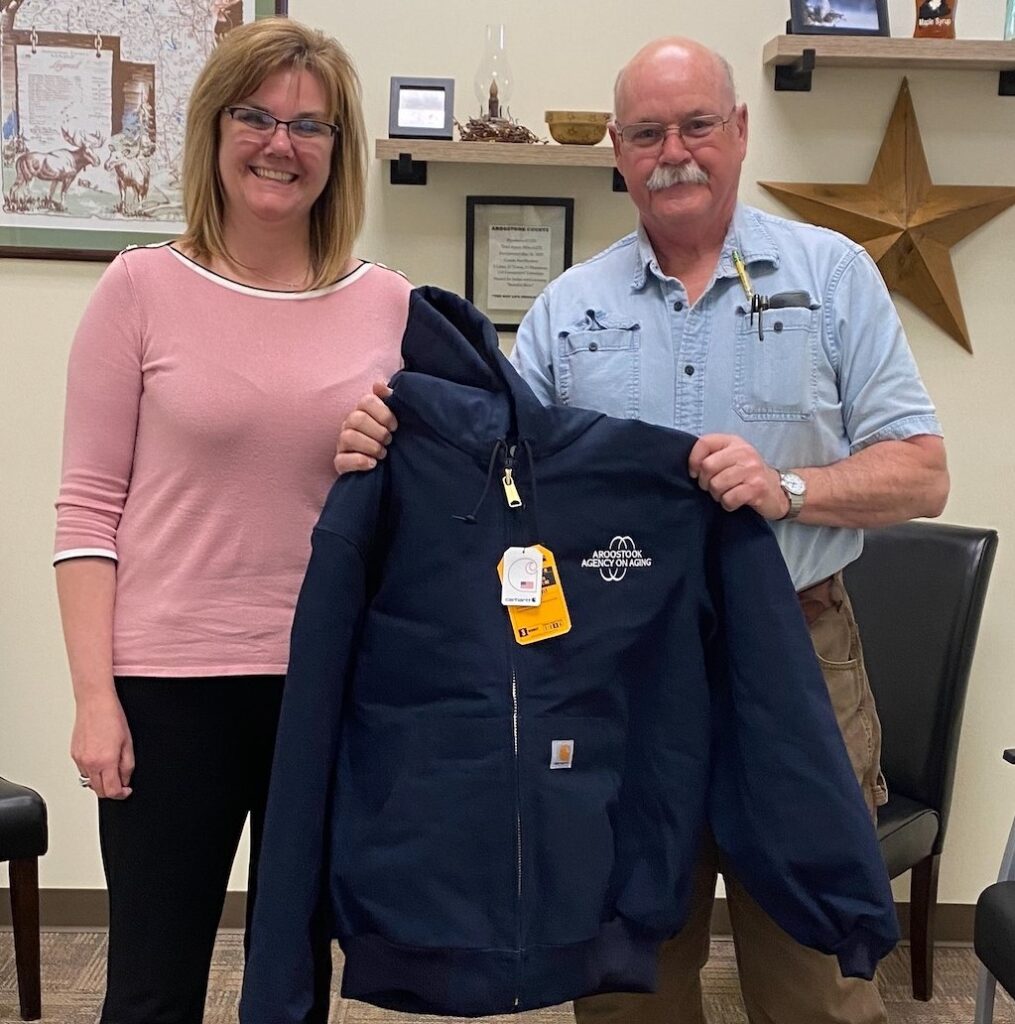 Charles “Chuck” Orser of Caribou, who came to work at the Aroostook Agency on Aging in early 2019, recently retired from his role as building coordinator at Caribou Gardens, a senior housing complex. His supervisor Tamara Cote, information technology and housing manager, at the Agency, thanked him for his service and noted his attention to creating a family atmosphere – “always keeping our tenants’ happiness and safety his foremost task.” Orser, a military veteran and retired building contractor, received a jacket from the Agency in recognition of his service. (Courtesy of Aroostook Agency on Aging)

Loring Job Corps in Limestone once again placed in the top 10 percent of national rankings for educational and job training opportunities. In a recent virtual meeting, IT trainer Jason Chasse detailed the center’s various IT training courses, including CISCO computer cabling and networking, advanced computer systems and cyber operations.

Defense Finance and Accounting Services in Limestone appointed Ashley Judkins to site director. A native of Caribou, Judkins is the former deputy director of DFAS Europe and has worked for DFAS for 19 years, including tours in Rome, New York, Indianapolis and Limestone. DFAS Limestone supports the U.S. Air Force and U.S. Transportation Command with a variety of financial and accounting functions and is staffed with approximately 550 Defense Department civilian employees.

The Holy Rosary Blanket Ministry in Caribou received a donation of $561 from the second quarter of the S.W. Collins Co. community grant program. The money will allow the ministry to purchase fleece and continue making blankets for those in need.

The Old Iron Inn Bed & Breakfast in Caribou added an 1870s-circa Barnes “swan-on-swan” flat iron to their collection of antique irons. The iron has the general shape of a swan with a baby swan on her back. The smaller swan serves as a latch that allows the removal of the top and access to an internal metal slug. The slug would be heated on the stove, placed in the iron, and replaced by other slugs as needed. 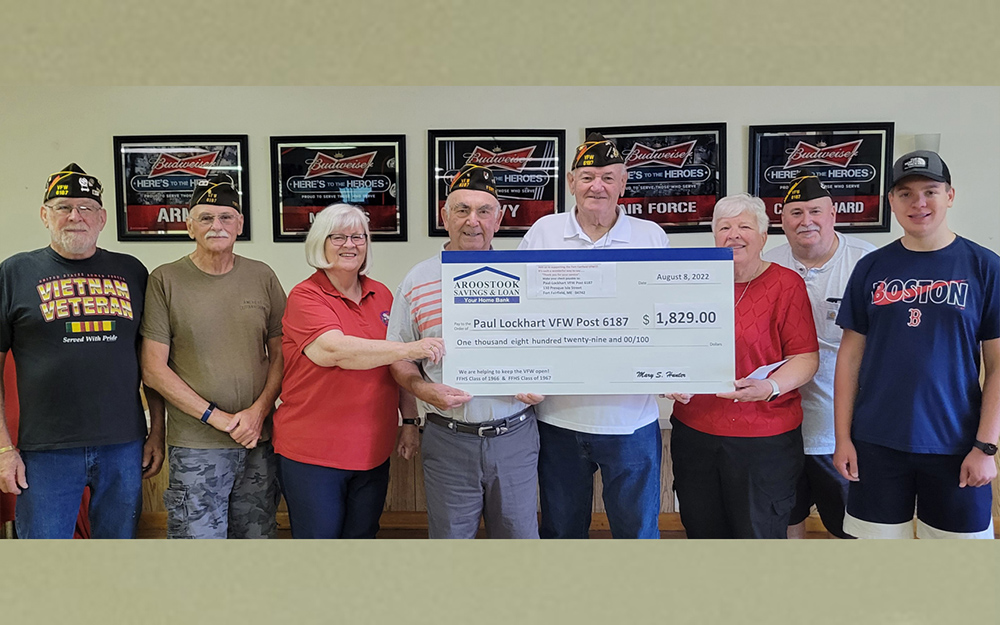 Fort Fairfield High School alumni recently donated time and funds to spruce up the town’s VFW hall. From left are Jim Grass, Rodney Jones, Hilda Lynch (on behalf of the Class of 1966), Brian Ross, Paul Rediker, Mary Rochford Hunter (on behalf of the Class of 1967), Michael Jones, and Hunter Chandler, grandson of Mary Hunter, who helped as part of his community service.
(Courtesy of Hilda Lynch)

Caribou native Nicole Cote was named director of marketing and communication at Northern Maine Community College in Presque Isle. Cote is an alumna of NMCC, formerly known as Northern Maine Technical College, having earned her associate’s degree in legal administration. Cote continued her education while being stationed across the country with her husband Ryan Cote, an airman for the U.S. Air Force, before transferring to Loring Job Corps in Limestone.

Boondocks Grille owner Steve Adams closed the restaurant on at least a temporary basis due to the current workforce shortage. Prior to the COVID-19 lockdown in 2020, Adams employed 24 people in all areas of the restaurant. But after the lockdown, Adams lost all but eight crew members and has seen at least 30 workers come and go since then. By closing the restaurant temporarily, Adams hoped to find more consistent help to sustain the business.

Fort Fairfield High School classes of 1966 and 1967 donated $1,879 to the Paul Lockhart VFW Post 6187 for much needed interior and exterior building repairs. The group announced plans to help the VFW raise $10,000 to complete the back of the roof by winter. 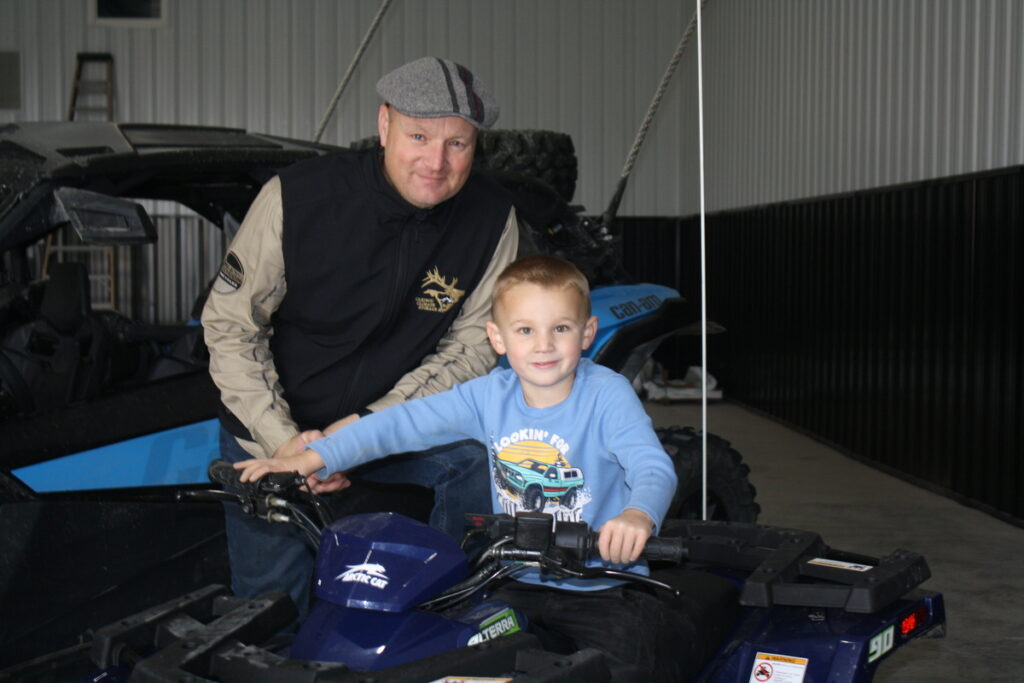 The Limestone Rotary Club presented the St. Louis Ecumenical Food Pantry with a $750 check. The funds will be used to purchase additional pantry shelving and cabinets, which will provide food storage. The pantry serves approximately 75 clients monthly in Limestone, Caswell and Hamlin and is operated solely by volunteers.

Scott and Laurie LaFleur, new owners of the Caribou Inn & Convention Center, announced plans to fully renovate all hotel rooms and event spaces in 2023. The couple purchased the Caribou Inn in the fall of 2022 with hopes to attach a national brand and make the hotel a modern destination for Caribou visitors. 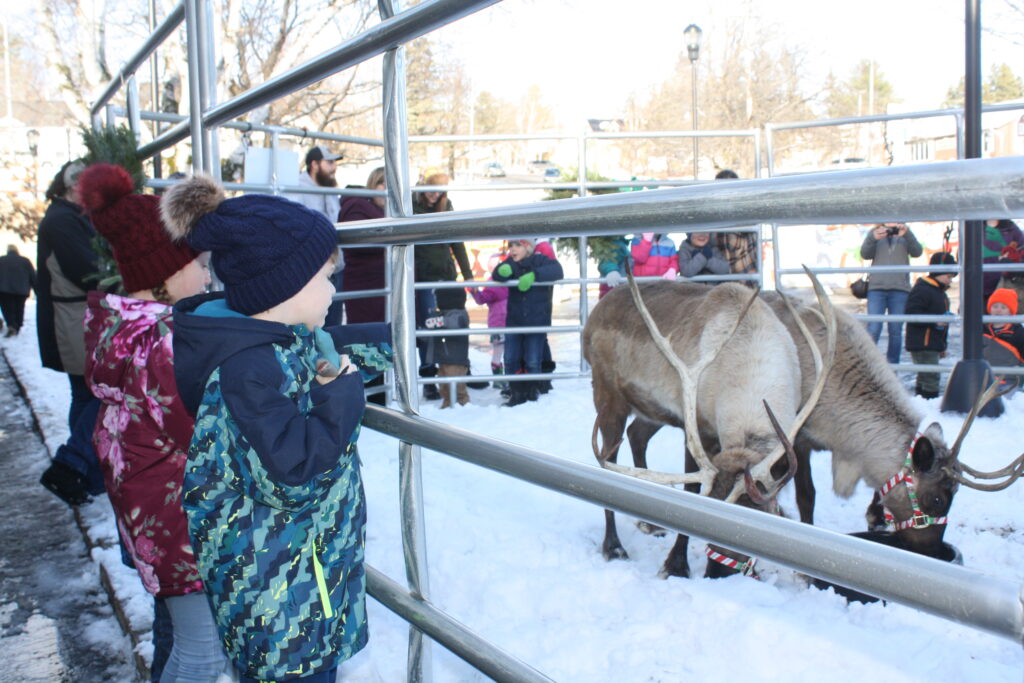 Scott Pierson and Veronica Michaud celebrated the opening of their new record store, MoshPlayLive Records, in New Sweden. The store sells records, tapes and movies and offers space for people to sit and enjoy media.

Robert Whitehead was named director of human resources at Loring Jobs Corps in Limestone. Prior to joining the Loring team, Whitehead served as division chief for Transportation Working Capital at Defense Finance and Accounting Services in Limestone for more than 23 years. He is also a veteran of the U.S. Air Force.

Caribou once again kicked off the holiday season with a visit from Santa’s reindeer and Small Business Saturday. Families visited the reindeer throughout the afternoon before returning for the annual Christmas tree lighting. Businesses remained busy as customers showed their support for local products.

Lukas Lagasse, the newest manager of Monica’s Scandinavian Imports in Caribou and youngest president of the New Sweden Historical Society, reflected on his family’s Swedish heritage and how he wants to use his new positions to promote Swedish cultural pride in Aroostook.

After residents of Stockholm and nearby towns realized that they could lose Anderson’s Store, the town’s only grocer, they organized an Appreciation Day. The special day of giveaways drew in more customers but owners Deb Paiement and Phil Andrews noted that continued support will be needed to get them through the winter.

After many delays, the people behind Evergreen Lanes and Rendezvous Restaurant announced plans for a soft opening in January 2023. Located at 60 Access Highway, the new business will feature 25,000 square feet of bowling alley and restaurant space and a 2,500-square-foot arcade. Evergreen Lanes will be Aroostook’s first 10-pin bowling alley since one of the same name closed along with the Loring Air Force Base in 1994.

Aroostook business owners mourned the death of John Swanberg, former president of Aroostook Savings & Loan. A Caribou resident since the 1980s, Swanberg was well known throughout The County for his unwavering support of small business owners, even in trying financial times. Those who knew Swanberg considered him a friend and mentor and expressed gratitude for his contributions to local communities.