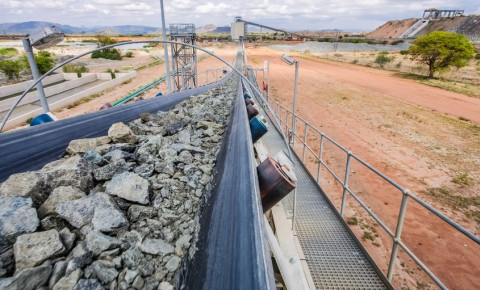 Anglo American has reported a significant drop in profits for the first six months of 2022 as commodity prices fell.

The mining giant posted its half year results on Thursday.

It delivered EBITDA (earnings before interest, tax, depreciation and amortisation) of $8.7 billion – a 28% decrease compared to the “record” first half of 2021.

CEO Duncan Wanblad pointed out that this is still the second highest Anglo has recorded for a half year.

We have announced our half-year results for 2022.

In line with its 40% payout policy Anglo is paying out a $1.5 billion interim dividend, which equates to $1.24 per share.

Bruce Whitfield interviews Wanblad, who took over from Mark Cutifani as CEO in April and is the first South African to head the company.

He chuckles when Whitfield asks him about the timing of the handover in terms of current market volatility.

Mark handed over a very strong company and I’m really thrilled to have taken it over… The balance sheet’s in good shape; business is in good shape from an assets point of view.

Nobody can time these things… markets go up, markets go down… There’s an incredible amount of volatility today…

While Wanblad says it’s difficult to predict exactly how long this period of uncertainty will last, he is confident about the future.

The world is not going to transform itself from an energy perspective, he believes.

It’s not going to put itself into a better place in terms of the eradication of poverty without metals and minerals. No matter how much you can think about recycling and so on coming into the mix which it surely will…

…how much shifting will happen in terms of the use of these metals and minerals, certainly the world is still going to need primary derived supply… Fundamentally, the long-term characteristics and the demand drivers for the metals and the minerals that we produce I think is incredibly robust right now.

Certainly in the short run there’s this downward pressure on pricing and upward pressure on costs in terms of inflation, and it is going to play itself through. Whether it’s structural or not depends on how long this lasts.

Listen to the interview with the Anglo American CEO in the audio clip below:

This article first appeared on CapeTalk : ‘The world still needs the metals and minerals we produce’ – Anglo American CEO