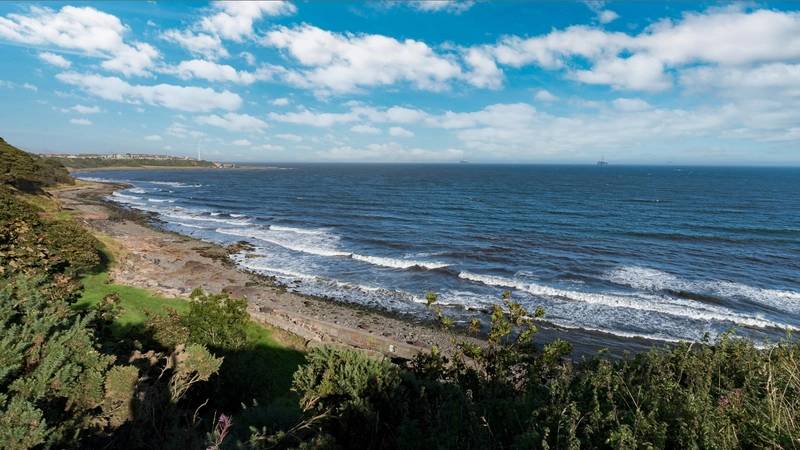 The UK North Sea still has a lot to offer when it comes to oil and gas reserves yet to be produced. However, unpredictable fiscal conditions are denting the confidence of offshore energy-producing companies to invest and revitalize oil and gas exploration activity, Offshore Energies UK said in a report on Tuesday.

“The waters off the coast of the UK still contain oil and gas reserves equivalent to 15 billion barrels of oil equivalent (boe), enough to fuel the UK for 30 years, but more investment in exploration is needed to slow down the decline in domestic production to safeguard the nation’s energy security. Just four exploration wells have been drilled this year compared to 16 in 2019, the most recent pre-pandemic year comparison,” OEUK said.

Mark Wilson, OEUK’s HSE & Operations Director said:”Our new report shows why ongoing exploration in our waters is critical to ensuring reliable supplies of domestically produced energy which also adds value to the UK economy.  The UK Continental Shelf is a mature basin, with North Sea oil and gas production peaking in 2000, so careful management of the remaining resources is vital to avoid rapidly increasing reliance on imports.

“Supporting this industry and its exploration activities is essential to the UK delivering a homegrown transition to cleaner energies, retaining the benefits in taxes paid, jobs supported, and our wider economic contribution.”

“However, OEUK said, the ongoing uncertainty and continuous changes to the fiscal regime will drive investment out of the UK and encourage some companies to leave the basin. In such conditions, companies are unable to plan the future long-term investments we need to support energy security and our net zero commitments.

“Low levels of exploration mean that on a ten-year average, we are replacing only 10 percent of the reserves we need to sustain the production levels that can help to keep the UK energy secure and power its energy transition.”

According to the OEUK, the UKCS has produced approximately 6 billion BOE while discovering 600 million BOE over the last ten years. This is a 10 percent reserve replacement rate, which is not enough to maintain stable output, OEUK said.

“We need to ensure that the UK government’s British Energy Security Strategy that made clear the need to support the production of North Sea oil and gas, alongside the deployment of offshore wind, solar and hydrogen, continues to be the focus of the new Prime Minister and his government. It was good to see the importance of oil and gas to the transition to a low carbon economy and energy security recognised with the launch of the 33rd licensing round following the completion of the new climate compatibility checkpoint.”

According to a report by the organization, which earlier this year changed its name from Oil and Gas UK (OGUK) to Offshore Energies UK (OEUK), there are significant prospective North Sea resources potentially recoverable within a 45km radius of offshore hubs, which could provide 8.4bn boe of hydrocarbons, representing roughly eight times the UK’s annual consumption of oil and gas.

The Central North Sea holds the greatest opportunity for extending the lifetime of existing infrastructure with around 1.4bn boe in prospective resources within range of being tied back to offshore installations, OEUK said.

Mark Wilson adds: “Returns from developing reserves can be recycled into new energy projects like low carbon energy hubs, repurposing offshore infrastructure like wells for Carbon Capture and Storage and using exploration skills to achieve this.

“For example, we’ve already seen 26 licence applications in the UK’s inaugural CCS licensing round.  Extending the longevity of the North Sea basin will not only underpin energy security and strengthen the supply chain but also ensure our highly-skilled workforce can help the industry transition to a diverse low-carbon energy system in the future.

According to OEUK’s report, the current rate of exploration activity will see reserves decline at a rate faster than UK energy requirements, increasing the reliance on imports.

“Unlike the huge North Sea fields of the 1970s and 80s, today’s undiscovered resources exist in smaller accumulations, which will need to be tied back to existing offshore facilities. Tiebacks tend to be lower carbon intensive as they don’t require the installation of offshore platforms and this will help the industry meet the stringent requirements of the climate compatibility checkpoint in the 33rd licensing round and beyond,” OEUK said.

“The next ten years will see 1,600 oil and gas wells being decommissioned, and these closures could see UK oil and gas production plummet by 75 percent unless new resources are discovered for appraisal into reserves,” OEUK said.