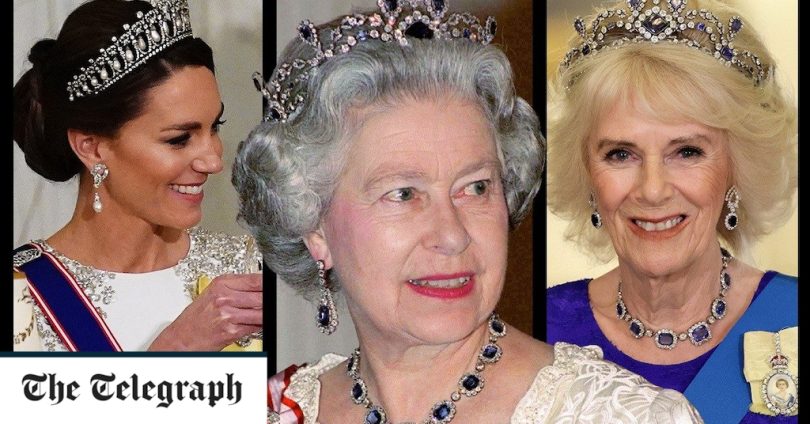 For a royal family who, until very recently, was helmed by a woman famed for the maxim “never complain, never explain”, jewellery has long served as a medium through which we can better understand them.

There is a literal wealth of pieces with which they can do this. Although the Queen Consort, the Princess of Wales and the Countess of Wessex have personal jewellery collections, most of the tiaras and necklaces we see at state occasions and on royal tours belong to the Crown, and are loaned on a long-term or lifetime basis by the monarch.

“Everything is very strategic, nothing is by accident,” says fine jewellery expert Sarah Royce-Greensill of the thought that goes not only into who gets to wear which piece, but the timing of when they choose to wear it. Certainly, jewellery and insignia were a core part of the job for Angela Kelly, personal assistant to the late Queen and curator of her wardrobe.

Since the death of the late Queen in September, there has been a shift in the pieces that the senior royals have been wearing in public. “Access to the royal collection seems to grow with proximity to the Crown,” says Lauren Kienha of The Court Jeweller. “They’re part of a diplomatic uniform. Royal women are expected to look the part when representing the monarch, and that includes wearing grand and glittering jewels.”