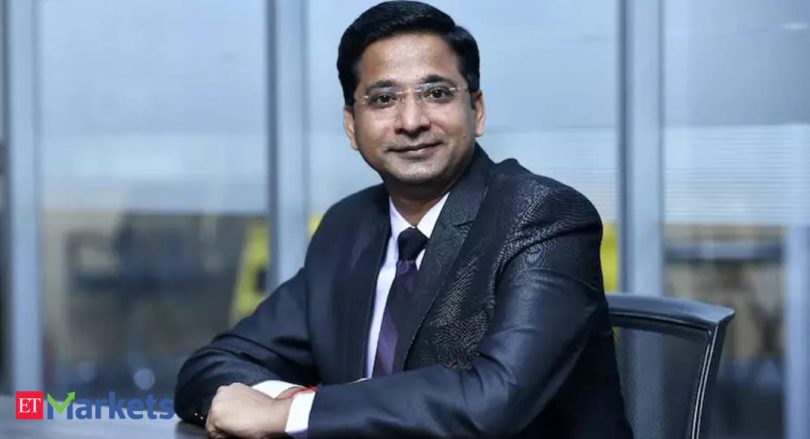 ET Now: In the week gone by, we had seen that the markets were coming under pressure for three out of five days plus there was a very tight range of 17,775 on the downside and 18,000 on the upside. Are we likely to break the range in the coming week?
Rajesh Palviya: Yes, the market was very volatile and we have tested almost fifth time this 17,700-17,800 range on the lower side in the last 15-20 trading sessions. Again and again the market is giving pullback from those levels because the almost 100-day moving average coincides with the same level. So, Nifty is not breaking those levels on a weekly closing basis.

So till 17,800-17,700 are intact on a weekly closing basis, we are going to witness the same kind of behaviour for the market, we will be having pullback from those levels. Again, on the higher side, 18,100 is the major hurdle as of now. But looking at the data set up, especially in Friday’s move, some short covering action has been there. Again recovery trade has been played out in Friday’s session also. We expect that as Nifty is now close above 17,900-17,950 zones, some more recovery in the Monday opening and on the higher side 18,000-18,050 are the immediate hurdle for Nifty.

If, at all, we are able to cross those levels, possibly we will be able to cross this consolidation range which we have been trading for the last couple of trading sessions or couple of weeks. Possibly Nifty may be able to give breakout above 18,100 zone and then it may scale up to the level 18,300 which is the key major hurdle for the Nifty to demonstrate the extreme bullish case from here onwards. So as of now we are expecting a possibility of breaking 18,100 in the next week but again 18,300 would be the target which we are expecting on the breakout of 18,100.

ET Now: If I had to ask you, your top two-three bets for the markets at this point in time and stock recommendations what would those be?

Rajesh Palviya: So first stock is from the cement space and I am talking about UltraTech Cement. A very strong price breakout has been there on the weekly as well as on the daily charts. The stock managed to give a breakout of its falling trend line on the daily chart with a long built up. But it is clearly sustaining above all its important moving averages. So, looking at the set-up, we are bullish on and we are expecting a target of Rs7,350-7,400 on the higher side. One can keep a stop loss of Rs 7,200 to go long in UltraTech Cement. Second stock is . There is a long built up in Friday’s session and the stock is now trading above all its near term-short term moving averages.

There is a breakout on the daily chart of falling trend line. Looking at the sector, we believe that Rain Industries can continue its upwards momentum towards 195. One can buy at stop loss of Rs 178. Third stock is from PSU bank — Canara Bank. In the corrective action, the stock has taken support from its 50-Day moving average in Friday’s session. The stock has managed to give a breakout of the last two trading sessions’ corrective moves. Looking at the overall setup, we are bullish on and we expect that this upward momentum is likely to continue towards the Rs 335-340 zone. So, Canara Bank is a ‘buy’ with a stop loss of Rs 318.