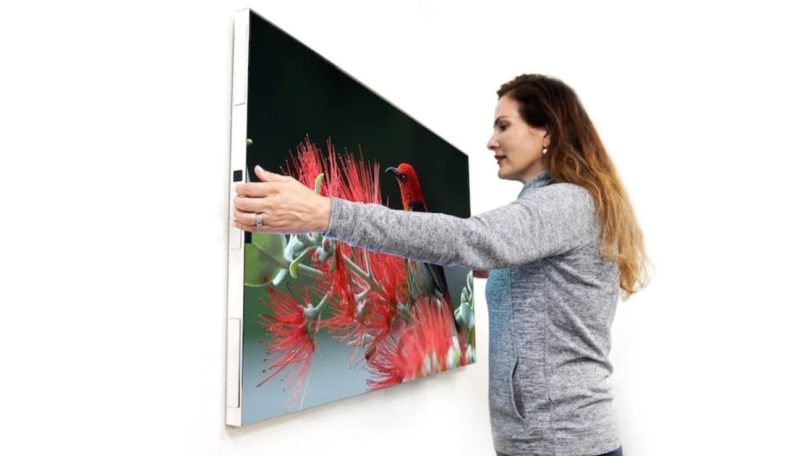 Wires can be annoying, but one startup has eliminated them entirely from its new TV, which runs on battery power.

At CES, a company called Displace(Opens in a new window) is showing off its “truly wireless TV,” which is now up for pre-order in limited quantities. The so-called Displace TV drops the conventional electrical cord for four rechargeable batteries.

On the plus side, the 55-inch OLED TV clears away unsightly wiring. However, it can only run for about a month on the four batteries, depending on how much you watch it. To keep the TV functioning, the owner will need to recharge the batteries periodically. That may sound like a hassle, but the batteries can be swapped out and recharged individually while the TV is still on.

Displace designed the 20-pound TV to be easy to transport and mount. It comes with a “proprietary active-loop vacuum technology,” which promises to suction itself to any surface.

In addition, Displace eliminated ports entirely from the TV. To receive content, it streams programs from a “base unit,” which essentially acts as a mini computer outfitted with an AMD CPU and an Nvidia GPU. The same base unit can connect to Wi-Fi, but has to be plugged into an electrical outlet the old-fashioned way. The TV itself has a 4K resolution and supports Wi-Fi 6E. 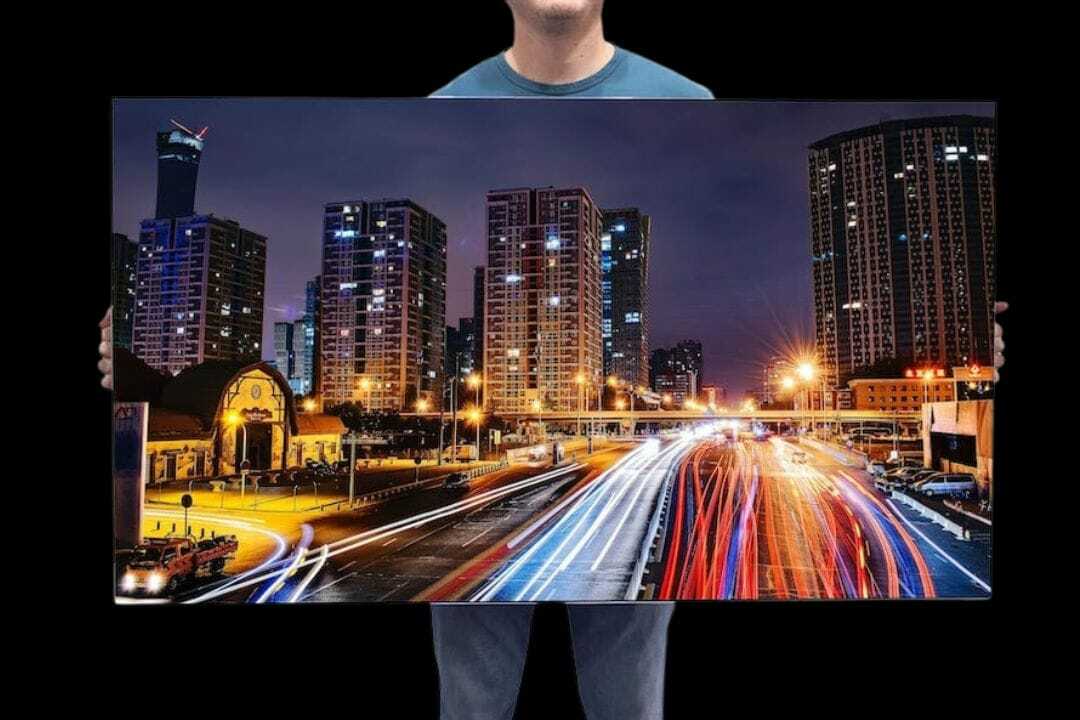 On top of all this, Displace is ditching remotes for the TV. Instead, the product relies on gesture, voice, and touch controls to access and flip through content.

Recommended by Our Editors

The product isn’t cheap. It starts at $2,999 for one Displace TV and a single base control unit, but can run as high as $8,999 for four Displace TVs and a base control unit. The company is taking orders on its website(Opens in a new window) now, with shipments slated to begin in December 2023.

It’ll have competition from at least one well-known TV maker. Also at CES, LG unveiled the 97-inch OLED M3, which uses a Zero Connect box kept physically separate from the TV to send video up to 4K 120Hz wirelessly to the screen.

Get Our Best Stories!

Sign up for What’s New Now to get our top stories delivered to your inbox every morning.

This newsletter may contain advertising, deals, or affiliate links. Subscribing to a newsletter indicates your consent to our Terms of Use and Privacy Policy. You may unsubscribe from the newsletters at any time.